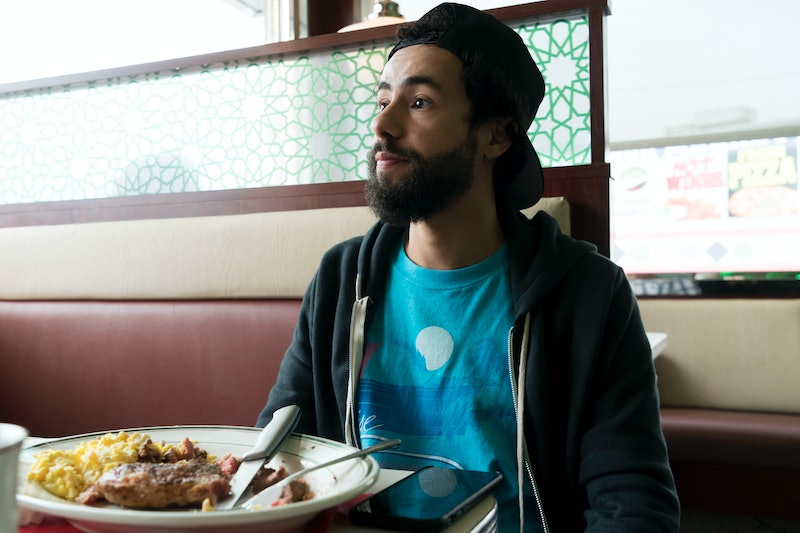 Yes, it's a little early to be speculating about whether or not Ramy will return for Season 2. The new Hulu series, co-created by and starring comedian Ramy Youssef, only premieres April 19. And generally speaking, renewals (or cancellations) don't happen until at least a few months after a show has run its course — particularly for freshman series who've yet to build a fanbase, as networks want to wait to gauge the response. But there's already a case to be made for why Ramy should absolutely come back. Not only does it look like a fresh, funny show unafraid to lean into some of the messier aspects of religion and identity, it adds an authentic perspective to a TV landscape amid which Muslim people are still woefully underrepresented.

Update: Hulu has renewed Ramy for Season 2, according to a press release.

Earlier: Ramy stars Youssef as a fictionalized version of himself, a Muslim American 20-something struggling to balance his faith and family with the sex-positive, drug and alcohol-rich mindset of his millennial peers. As Youssef told Vanity Fair in March, it's not an idealized depiction of his religion, but one that for him, feels honest. "[Ramy's family is] messy, they're ignorant, they're loving, they're a little racist ... they're everything everyone in America is," he told the outlet. "Meeting at our fault lines is much more interesting to me than meeting at shared values. I'm not trying to sell you something. If anything, I'm trying to show you where we are. There is nothing to hide."

In the past, depictions of Muslims on television have often reverted to reductive and harmful stereotypes. 24 rested heavily on the Islamic terrorist narrative in 2017; the since-canceled Roseanne revival included a storyline in which Roseanne assumed her Muslim neighbors were building a bomb; the big finale twist in Netflix's Bodyguard rested on a Muslim character revealing herself to be a terrorist. And that's only to name a few. That Youssef is able to bring an authentic Muslim perspective to screen is no small feat, and one that has become increasingly important given recent conversations surrounding Islamophobia in the U.S.

Of course, Ramy doesn't represent all Muslim people — the show is distinctly told from Youssef's point of view — but hopefully, it will pave the way for other Muslim creators to share their stories. "The show is called Ramy. This is my point of view. There will be parts that Muslims love; there will be parts that they don’t like," Youssef continued to Vanity Fair. "But I hope that there's a willingness to embrace this ... we haven't had open conversations the way that this show does—and I think that the nature of that, within the Muslim community, at least, will definitely start conversation."

Hulu hasn't announced yet whether or not the show will return, but in the past, the streaming service has been pretty generous with its original projects; it doesn't often cancel shows after just one season. And while there's no guarantee that Ramy will return, the show will undoubtedly help to further Muslim American representation on television.