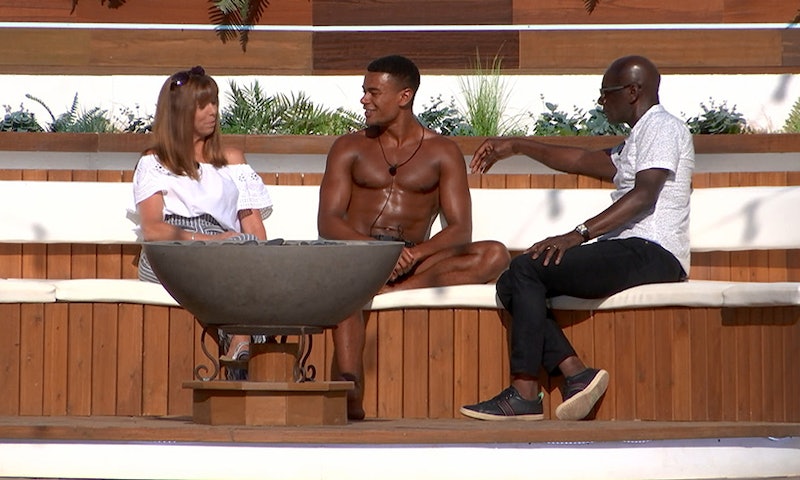 Love Island is in full swing and taking over our viewing schedules and — let's face it — our entire lives. I mean what else on this planet is more important than meeting someone you really fancy and get along with? Finding that special person can be a life changing experience. Even more so if actual millions of people are watching the whole situation unfold. One other thing might actually be more important than you liking bae. Your parents liking bae. So will the families go into the Love Island villa this year?

I contacted ITV about this and they said "It's too early to confirm that format point at this stage."

Although it's not yet been confirmed, the parents making a trip to the villa is a regular feature in the hit show. One which can be relied upon to get people talking and, I guess, if it ain't broke don't fix it. Getting to know someone's parents is such an eye opener into everything about them. Why they are how they are, who they resemble in terms of looks and character, and their family values. Yes, the real nitty gritty stuff. It goes both ways in that you want to make a good impression on them, and they on you. And guys, it's not only parents that go on the show. Other family members go on the show to get to know the new love interest in their loved one's life.

Take for example last season when winner Dani Dyer's family came through. Fans eagerly anticipated the potential arrival of Dyer's actor father Danny. However, he was a no-show, and even if he did show up there is no way he could have upstaged Dani's grandpa, who she affectionately refers to as Bruv. A man now so beloved by the nation that he has his very own Instagram account with 52.7K followers.

Family members entering the villa is a perfect opportunity for them to add their two cents on the couples situation in the villa. Which is an especially important and vital element of the show, considering that the islanders are cut off from the outside world. In other words, family members get the chance to tell contestants if they think their bae is a total waste of space.

Someone whose family might want to have a word is Lucie. Up until his eviction, Lucie was coupled up with Joe. However, the way she has been treated by him has been uncomfortable viewing to say the least. So much so that a remarkable 302 complaints were made to Ofcom following the June 16 episode of the hit show.

Joe's controlling behaviour even warranted comment from Women's Aid. Adina Claire who is the Co-Chief Executive of Women's Aid said it is unacceptable for someone to treat their partner like that.

"Controlling behaviour is never acceptable, and with Love Island viewers complaining to Ofcom in record numbers about Joe's possessive behaviour towards Lucie, more people are becoming aware of this and want to challenge it."

Joe has now left the villa. So here's hoping by the time the parents episode rolls round, she's found someone who treats her as she deserves.

Although ITV has yet to confirm if or when a parents episode will happen, here's hoping we get to see what kind of family created the angel that is Curtis.