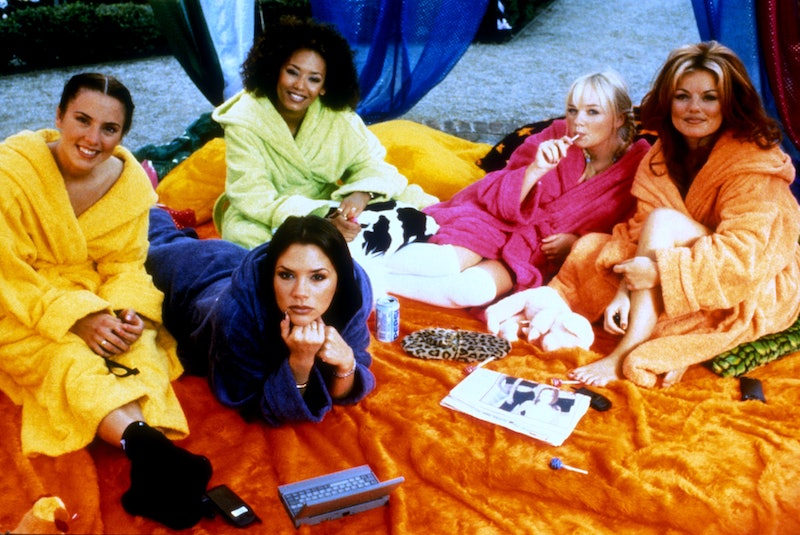 OK so the answer to is, well, kinda. The Mirror reports that, while speaking on Lorraine back in May, Emma Bunton spoke about Beckham's attendance. Bunton said she would be attending a show. Yep, VB scored tickets for one of the London shows, and I am guessing she isn't in the nosebleed seats.

Super Spice Girls stans have been holding out hope that the fivesome will reunited at a least one of the London gigs. However, they had to put a lid on it after Beckham's reps double confirmed to The Sun that she won't be spicing up our lives:

"Victoria made a statement three days ago clearly confirming she would not be joining the girls on tour. That fact remains the same, she is not taking part in the tour. Not on any date."

Yikes, that is a fairly water tight statement with zero room for reading between the lines. But at least we know she'll be in the audience at some point, which is really cute. I'm hoping and praying that she'll pull Sophie Turner and down an entire glass of red wine from the stands.

Despite not being scheduled to appear on stage at any of the tour dates and making it uber clear that that's the case, Beckham has been very supportive of her former band mates. When speaking with the Guardian, VB was asked asked if choosing to stay as a spectator as opposed to a performer was a hard choice. She said no, but admitted that she had a tinge of FOMO:

"Not at all. What I do now is my passion and a full-time job. I’m excited to see it, though. And I’m sure when I’m there and they are on stage, there will be a part of me that feels a bit left out. Because even after all this, a part of me will always be a Spice Girl."

Yes running a successful clothing brand and being a mum of four is a bit of an exhausting job, but like she said — she is always going to be a Spice Girl. As evidenced at the after party for her show at London Fashion Week when an incredible Spice Girls drag tribute act performed.

And guys, to make it even better, Beckham actually got up and flipping did the dance to Spice Up Your Life alongside them. So I guess, in a way, even if it was small and technically not the real gals — she has already performed with the Spice Girls this year.