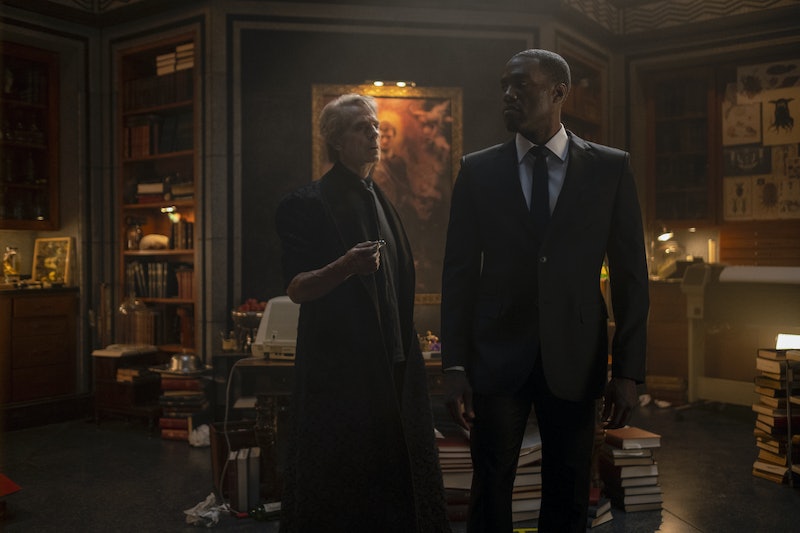 Now that Lindelof and his team of writers have exposed the possibilities of what a Watchmen TV series reboot can be, it seems silly for him to stop now. Yet, the creator behind Lost and The Leftovers hasn't committed to doing a Season 2 of Watchmen. Fans should be wary of what Lindelof has to say in the media as this is the same person who wouldn't outright reveal who Jeremy Irons was portraying. But, based on interviews he's done, Lindelof isn't convinced he needs to work on a second season and the silver lube man lining is that should be a very good thing when it comes to the Watchmen Season 1 finale.

Update: In January 2020, HBO announced that it would not pursue a second season of Watchmen given Lindelof's lack of involvement, according to USA Today.

Before Watchmen premiered, Lindelof wrote in a letter to fans on Instagram how he had been hesitant to adapt the beloved graphic novels — especially as it hadn't been his idea. As Vulture reported, HBO and Warner Bros. approached Lindelof three times to take on the project before he accepted. Lindelof is a fan of the comics and, as he has said in numerous interviews in print and on podcasts, it was important to him to keep the spirit of the original comics. He told Paste Magazine that one way to do that was to make the first season "self-contained" — something he had elaborated on earlier while premiering Watchmen at New York Comic Con.

"One of the things that makes the original perfect is that those issues were well-thought-out, and it was clear that there was a beginning, middle, and end in mind," Lindelof said at Comic Con, per Business Insider. "They knew exactly what they were doing, and I knew that we had to do the same. We plotted out these nine episodes so that we knew exactly where we were headed so that every mystery and every question that we were asking would be resolved."

For TV viewers who were dissatisfied with Lindelof's ending of Lost, it's promising that he has said Watchmen Season 1 will answer all the major questions. But with the introduction of characters like Regina King's Angela Abar, Hong Chau's Lady Trieu, Tim Blake Nelson's Looking Glass, and Louis Gossett Jr.'s Will Reeves to the story of Laurie Blake, Ozymandias, and Doctor Manhattan, it would be disappointing for Lindelof's version of Watchmen to end with the Season 1 finale on Dec. 15. However, he's open to the possibility of continuing the narrative he established. "If the conversation out there seems to suggest you're hungry for more, then we'll certainly take that into consideration," he added at Comic Con.

Nicole Kassell, who is an executive producer and directed three of the nine episodes, gave a more optimistic take on the future of Watchmen. In the Paste interview, she said, "I feel like as a fan, I just can say I truly hope for more, and there's undeniably more story that could be told." She also told Business Insider, "I definitely think there is content for a Season 2, if not more ... I think it would be delicious and wonderful to see."

If you believe Lindelof, a Season 2 comes down to him feeling inspired to tell another story. He told Metro.co.uk, "I haven't had any ideas of what subsequent [seasons] of Watchmen would be. Until those ideas come, I'm content with just letting this one sit out there for a while." He also told LADbible that the Watchmen team will take a break during the holidays, but then he will reconsider the show's future. "If the idea is right, and if there is a compelling reason to do it, then I'd consider it. I haven't had that idea yet," Lindelof said in the Nov. 22 LADbible interview.

While fans will undoubtedly want more Watchmen after Doctor Manhattan and Angela's fate are revealed during the finale, Lindelof has proven that he takes the task of adapting these comics very seriously. He also recognizes that the original characters and story aren't his, so he's open to someone else take up the mantle. He told LADbible that Watchmen will sure be adapted again, but whoever takes it on — whether that's him in a Season 2 or someone else — that they should be "someone who really deeply cares about it and has a reason to."

In his Paste interview, Lindelof had said, "The idea that someone else could come along and do another season of Watchmen, that's really exciting to me too. I would watch the f*ck out of that." He then suggested that Black Panther director Ryan Coogler could perhaps take over a future Watchmen. But whoever gives the world more Watchmen, original fans may require an update on Dan Dreiberg's Night Owl since perhaps the only thing Lindelof has been definitive about is that you won't be seeing Night Owl II in Watchmen Season 1 — so for that fact alone, he owes viewers a second season.