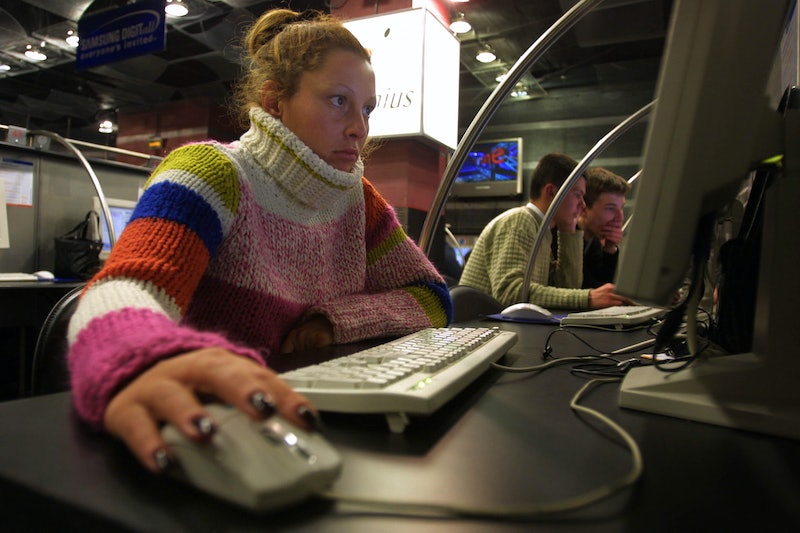 You know the drill. The temperature outside is nearing 90 degrees, but you have to bring a change of winter clothes to work because your office is as cold as a polar vortex. Women have been saying for years that the office is too cold while men insist on turning up the air conditioning. Well, a new paper published in the journal PLOS One confirms what you likely already know. Women are right. And it's not just that women prefer warmer offices, women are actually more productive at work in warmer temperatures.

When temperatures were set between 60 and 80 degrees, the study found that women performed better on cognitive tests at the higher end of the spectrum while men performed better at the lower end. The Occupational Safety and Health Administration (OSHA) recommends keeping office temperatures between 68 and 76 degrees. However, in a study from Cornell University, when temperatures were increased from 68 to 77 degrees, typing errors decreased by 44% and output increased by 150% for all employees.

Personally, I wear a coat when it's 68 degrees, so I can't imagine working in an office where the temperature is set that low. And no matter what men prefer, the data from Cornell shows that people do better work when the temperature is nine degrees higher.

"Ultimately, our results potentially raise the stakes for the battle of the thermostat, suggesting that it is not just about comfort, but also about cognitive performance and productivity. Given the relative effect sizes, our results suggest that in gender-balanced workplaces, temperatures should be set significantly higher than current standards," the study concluded.

These findings are important because, according to a previous study published in the journal Nature, the typical office temperature is set for the comfort of a 40-year-old man. In 2019, studies are finally starting to recognize that women differ from men. From the symptoms women experience during heart attacks to the way their bodies metabolize alcohol and everything in between, women are not the same as men. And studying men exclusively to come to any kind of scientific conclusion leaves a huge margin for error.

That being said, warm and cold are subjective terms, and everyone has a different comfort level regardless of gender. If you're hella hot at work when the thermostat is set at 77 degrees, you can get a desk fan to cool your cubicle. If you work in an open office environment, ask your manager to put the people who like it warm on one side of the room and the people who like it cool on the other. Close the air-conditioning vents on the warm side, and point a large fan at the folks on the cool side.

The battle of the thermostat doesn't have to be one that everyone loses. Science says that warmer is better, but if men and women decide to meet in the middle, everyone can be more productive and less uncomfortable. If you can't get your manager to budge on the temperature in the office, and you want to stop wearing a snowsuit to work, it might be time to invest in a portable space heater and a Snuggie until opinions and preferences catch up with science.