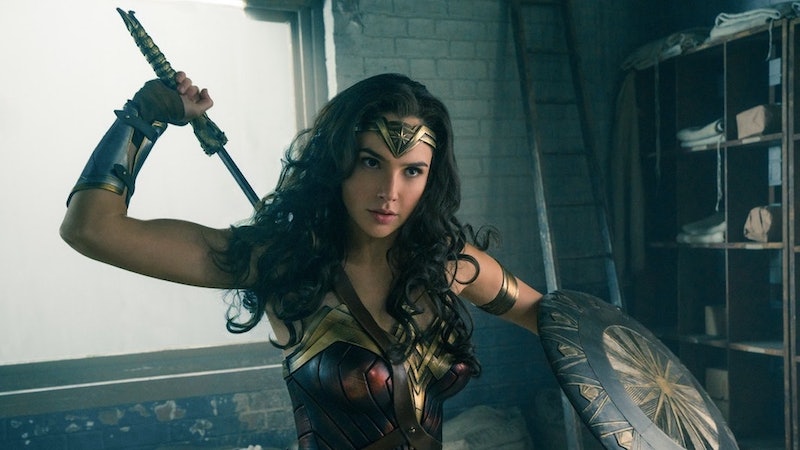 As the global coronavirus pandemic continues to ripple across Hollywood, Warner Bros. will delay Wonder Woman 1984 and In the Heights’ theatrical releases. Originally slated for a June 5 release, Wonder Woman 1984 will now arrive in theaters on August 14. The studio is still exploring new release date options for In the Heights, initially slated to premiere on June 26.

“When we greenlit Wonder Woman 1984, it was with every intention to be viewed on the big screen and we are excited to announce that Warner Bros. Pictures will be bringing the film to theatres on Aug. 14,” Toby Emmerich, Warner Bros. Pictures Group chairman, said in a statement, per Variety. “We hope the world will be in a safer and healthier place by then.”

The news comes a week after movie theaters nationwide closed their doors due to the global health crisis. Across Hollywood, major studios halted all TV and film production in efforts to slow down the virus’ spread. Wonder Woman 1984 and In the Heights join Mulan, A Quiet Place II, No Time to Die, F9, and Black Widow as some of the major blockbuster films that have been delayed due to the virus.

A sequel to Patty Jenkins’ 2017 film Wonder Woman, Wonder Woman 1984 follows the Amazonian warrior Wonder Woman (Gal Gadot), also known as Diana Prince, as she squares off against villains Cheetah (Kristen Wiig) and Maxwell Lord (Pedro Pascal) and reunites with her past love Steve Trevor (Chris Pine) in the year 1984.

Jenkins addressed the sequel’s delay on Twitter on Tuesday. “We made Wonder Woman 1984 for the big screen and I believe in the power of cinema,” she wrote. “In these terrible times, when theater owners are struggling as so many are, we are excited to re-date our film… and pray for better times for all by then.”

In the Heights, an adaptation of Lin-Manuel Miranda and Quiara Alegría Hudes’ musical of the same name, centers on characters in the Dominican-American neighborhood of Washington Heights in New York City. Directed by Jon M. Chu and produced by Miranda, the film stars Anthony Ramos, Stephanie Beatriz, Corey Hawkins, and more.

On Twitter on Tuesday, Miranda reflected on the film and said moviegoers will “have to wait a little longer” due to the “uncertainty in the world.” He wrote, “When we can safely gather again, flags in hand, we will be there, enjoying this movie in theaters. We’ll have the premiere uptown. The best summer of our lives, together.” Miranda then called for “Patience & Faith.”

More like this
Austin Butler Recalls Lisa Marie Presley Showing Him Elvis’ Bedroom
By Jake Viswanath
Pamela Anderson’s Dating & Marriage History Could Be Its Own TV Series
By Jake Viswanath
Owen Thiele Asked Sundance Attendees About Films That Don’t Exist
By Grace Wehniainen
Jennifer Coolidge Hunted For Jewels & Lashes In J.Lo’s Hotel Room
By Jake Viswanath
Get Even More From Bustle — Sign Up For The Newsletter
From hair trends to relationship advice, our daily newsletter has everything you need to sound like a person who’s on TikTok, even if you aren’t.