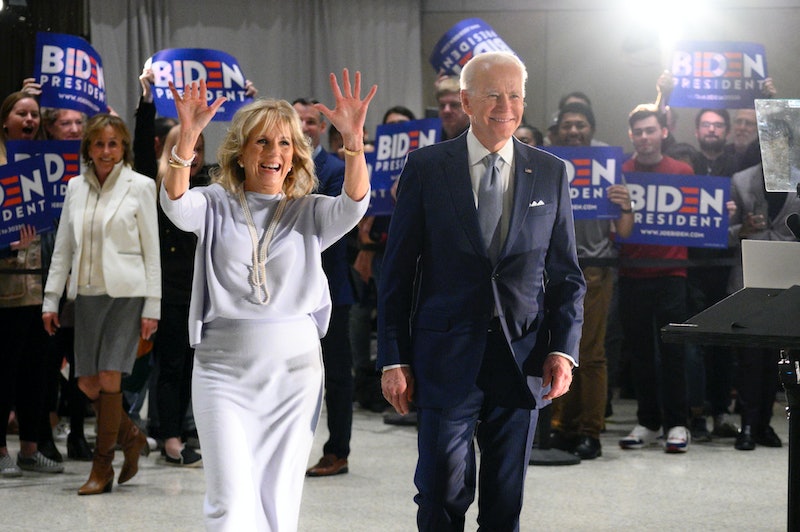 When President Obama asked Joe Biden to be his running mate in 2008, Biden was sitting in a dentist office, where his wife, Dr. Jill Biden, was having a root canal. The Delaware senator had undergone an extensive vetting process, as is typical of the vice presidential search, but the call was still unexpected. “I accepted without hesitation,” Biden told The New York Times. “It felt good to say yes.”

Biden, the presumptive Democratic nominee for president, is expected to announce his own running mate in the coming weeks, ahead of his party's convention in mid-August. He's repeated that he plans to name a woman, going so far as to describe specific people. Here, 12 women who are likely in the running.

Biden could be considering former presidential competitors Sens. Kamala Harris and Elizabeth Warren. (Sen. Amy Klobuchar withdrew from the process in June.) Warren represents the more progressive wing of the party. Choosing the Massachusetts senator could entice a wider voter base, and aim toward a sought-after "unity ticket."

Harris tops many prediction lists, including The Washington Post's. "She was already on the campaign trail, and stood with him side by side in those debates," says Lara M. Brown, Ph.D., an expert on campaign strategy at the George Washington University. "She had to understand Biden's platform, because she was running against it, so that makes her incredibly well-prepared."

The Members of Congress

Analysts are also eyeing a number of congresswomen for the VP slot. According to The New York Times, a Black woman would "[give] the crucial support African-American women have given to the Democrats in recent elections," especially during the 2018 midterms, which flipped the House and brought in the most diverse Congress in history. Ian Russell, a former deputy director of the Democratic Congressional Campaign Committee, told Business Insider that Florida Rep. Val Demings, a former Orlando police chief, would be a strong pick. Demings, a House impeachment manager, endorsed Biden on March 5 and addressed the rumors two days later. “I am pretty honored that my name is being mentioned in those circles,” she said. “There are lots of amazing women of color that could rise to the occasion.” One such woman is California Rep. Karen Bass, the chairwoman of the Congressional Black Caucus, who's also on Biden's shortlist.

Another contender is Illinois Sen. Tammy Duckworth, an Iraq War combat veteran who endorsed Biden on March 2. “Those of us who’ve served this nation in uniform understand just how important it is for the commander in chief to have, not only the depth of experience needed to protect our country, but also the humility to recognize the magnitude of the sacrifices our troops make on their orders,” Duckworth said during her endorsement.

In the fall, Biden also alluded to "the two senators from the state of New Hampshire" as contenders for the position, referring to Sens. Jeanne Shaheen and Maggie Hassan, who were the first and second women, respectively, to be elected both governor and senator for their state.

At a November 2019 town hall, a reporter asked Biden who he might pick as his vice president. He mentioned "the woman who should have been the governor of Georgia," a reference to Stacey Abrams, who lost the state's gubernatorial race by a narrow margin. Her opponent, now-Gov. Brian Kemp, purged more than 1.4 million voters from voter rolls during his tenure as secretary of state from 2012 to 2018. Abrams, who delivered the 2019 Democratic response to the State of the Union address, has since become a figurehead in the fight against voter suppression and founded the organization Fair Fight 2020.

Susan E. Rice also makes the list, as President Obama’s national security adviser and, before that, his first ambassador to the United Nations. While she's never run for elected office, she'd provide strong national-security experience to the ticket.

Two newly elected governors, both from swing states, also make our long list. In New Mexico, Michelle Lujan Grisham became the country's first Democratic Latina governor when she was elected in 2018. And in Michigan, Gretchen Whitmer led the state's first all-female statewide ticket into office in 2018. In the past few months, she's gained national attention for her strong response to the coronavirus. (Atlanta Mayor Keisha Lance Bottoms, not a governor, is also in the running, having similarly risen in notoriety during the pandemic. She was recently named to head the Democratic National Convention’s platform committee.)

More like this
Watch Jacinda Arden’s Devastatingly Honest Resignation Speech
By Sam Ramsden
Jessica Simpson On The Time She Was Pursued By A Backstreet Boy & An *NSYNC Member
By The Editors
At 28, Rosie Perez Risked Her Career To Stop Playing Stereotypes
By Gabrielle Bondi
8 Charities To Donate To During Black History Month
By Alexis Morillo
Get Even More From Bustle — Sign Up For The Newsletter
From hair trends to relationship advice, our daily newsletter has everything you need to sound like a person who’s on TikTok, even if you aren’t.