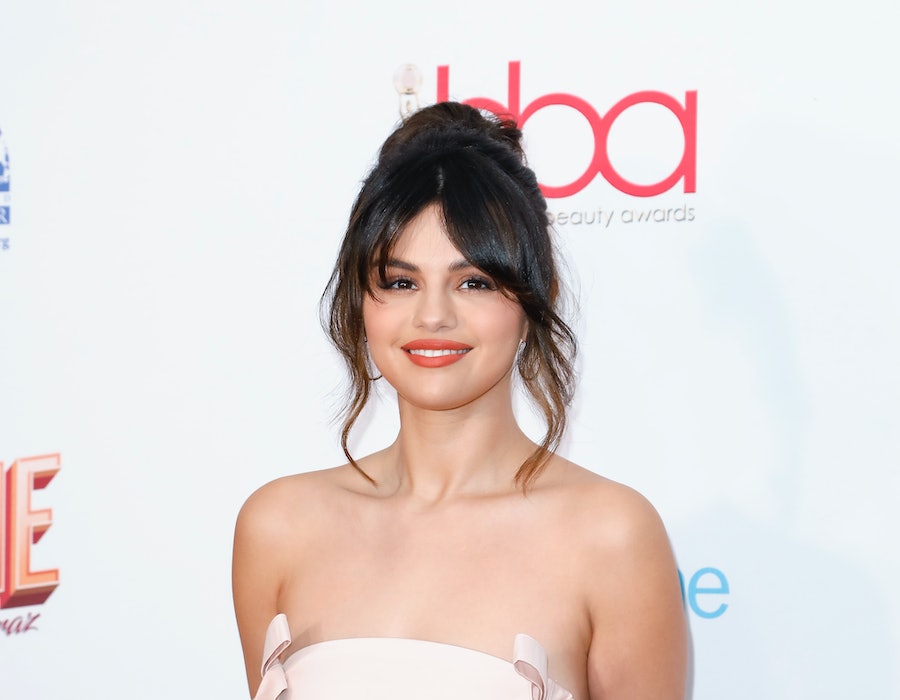 You might not have the urge (or time) to change your hair every other week like a Kardashian-Jenner, but how about switching things up seasonally? From shorter lengths to choppy bangs, a few looks are already emerging as possible standout summer 2020 hair trends — many of which stylists say will be inspired the DIY haircuts people gave themselves while in quarantine.

But as usual, people will also turn to celebrities for their hair inspo. Kylie Jenner and Khloe Kardashian have been rocking different iterations of the long bob, and their sister Kim Kardashian often breaks out an ultra-blunt chin-grazing bob. And bangs are everywhere: From Bella Hadid's side-swept, 2000s-inspired look to Miley Cyrus rocking a full-on Tiger King-esque mullet and baby bangs to the piece-y fringe Selena Gomez debuted just a few months ago in London, pretty much every type of bang will be popular this summer.

So if you've already got a summer 2020 Pinterest board in the works, it's time to find inspiration for your next 'do. Here, Amanda Maynard Bolt, celebrity hairstylist at LA-based Nine Zero One salon; Chad Wood, Fekkai brand ambassador; and stylist and salon owner Philippe Depeyrot break down the looks you'll want to save stat.

Philippe Depeyrot, co-owner of Salon Bisoux in Washington D.C., predicts piece-y, shaggy fringe with choppy edges for the upcoming warm weather, and says the mussed style is a great fix for those who attempted to cut their own bangs while socially distancing.

But there are some caveats to wearing this style. Depeyrot says that while bangs look good on all face shapes, determining whether to keep or get them comes down to your hair's texture. "If you have a cowlick, short bangs won't work," he tells Bustle, "and if your hair is prone to frizziness, you definitely don't want to have short bangs during the summer because humidity will cause them to frizz."

Depeyrot says to talk to your stylist to figure out the best bangs style for you and if the choppy look suits your texture.

Shags are already coming back — Selena Gomez recently posted a '70s-inspired curly 'do on Instagram — and Amber Maynard Bolt, master stylist at Nine Zero One Salon in Los Angeles, sees them becoming even more popular this summer.

Bolt thinks people who've attempted to cut their own hair will want some cleanup work come summer. "A modern shag is a great way to fix any bang mistake, and it gives a lot of movement to a lot of different hair types," she says. "It has the ability to accentuate beautiful points of the face and hide any mistakes."

Bolt says the cut can be done in two ways: either by focusing on layers in the front or by placing them all over your head. Because a shag can be done differently, she recommends bringing lots of photos to show your stylist.

Bolt also predicts the lob will make a comeback this summer. The hairstyle has been a favorite among celebrities for years, with a plethora of stars getting different iterations of the cut. Sally Hershberger L.A. stylist Nicole Pascual described the cut to Bustle back in 2014, saying that it sits between the chin and collarbone and "grazes the nape of the neck right about the shoulders and with this length it can either fall in a square or A-line shape."

Bolt thinks the look will be popular as stylists fix DIY haircuts, including one common mistake: pulling the hair toward the face to cut, which results in a "V" shape in the back.

"In order to fix it and give the haircut an actual shape, you need to cut across the back," she tells Bustle. "That being said, the great part about this haircut is that it looks great on everyone! It doesn’t matter if you have a long, round, or oval face — it is chic and sexy."

The blunt bobs often seen on the Kar-Jenner clan — like Kim, Khloe, and Kylie's styles over the winter — may come roaring back when the weather gets warmer.

Fekkai brand ambassador Chad Wood predicts a return of the chop — a cut that falls to the chin and features a sharp, blunt edge — for summer 2020. After being indoors during much of the beginning of the year, Wood thinks people will want to switch things up and try more dramatic haircuts.

Wood adds that the style accentuates heart, oval, or squared-shaped faces. "It softens the jawline and brings more symmetry to your face," he says. And while the cut is often styled as a sleek blowout, Wood also says you can incorporate fun, messy waves by curling sections of the hair with a 1/2-inch barrel curling iron, then distributing FEKKAI’s Full Blown Volume Dry Texturizing Spray and Multi-Tasker Perfecting Creme throughout the ends for added texture.

Bangs have been having a moment, thanks to celebrities cutting their own fringe, but Bella Hadid was ahead of the curve, according to Depeyrot, who believes the model's side-swept bangs may be a new go-to summer style.

Depeyrot says with many people cutting their own bangs this spring, correcting them will be a popular request — and the side-swept look of the aughts could also make a comeback. According to Depeyrot, the style allows those looking to grow out their DIY fringe to do so in a way that's manageable and easily hidden. As a plus, the hairstylist says the side-swept style looks great on all face shapes.

Depeyrot predicts other people will just want a quick and easy 'do — like a shorter style you can air-dry — for the warm weather.

"Pixie cuts and mid-length hair are the easiest to air-dry because they allow you to create something fun and low maintenance," he says. "It's harder to air-dry and style longer hair into a messy, undone look unless you put it into a bun or a ponytail."

For styling, he recommends using a mousse, like KÉRASTASE Mousse Bouffante Volumizing Hair Mousse, to give the hair volume (scrunch it for added texture). If you have a longer style, Depeyrot says to use a small amount of pomade to separate the ends of the hair for a piece-y, funky look.