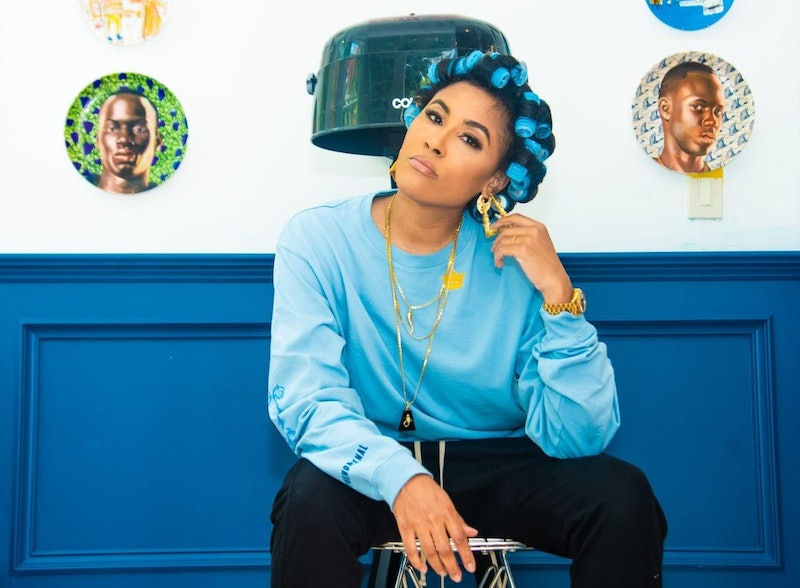 Choosing a hairstyle can be a loaded decision for Black people. Workplaces and schools nationwide have been known to engage in race-based discrimination, making hair texture and culturally-specific protective styles — such as braids, locs, twists, and knots — targets for HR departments and educational institutions.

The Crown Act ensures protection against such discrimination, and so far, it’s become law in 13 states, including California, Colorado, and New York. But the legislation has yet to be passed at the federal level, which inspired the advocacy group The Crown Coalition to declare July 3 as Crown Day.

To mark the day, Phenomenal — the media brand founded by lawyer and author Meena Harris — recently teamed up with Bephies Beauty Supply to create a limited edition T-shirt celebrating the beauty of Black hair.

“The shirt was inspired by the idea of your hair being your crown,” Beth Birkett, founder of Bephies Beauty Supply, tells Bustle. “These are iconic Black hairstyles. They are symbols of feminine power and royalty.”

Birkett, who’s been in business since March 2020, wants the T-shirt and the broader campaign to shift people’s perception of Black hair.

“Phenomenal’s messaging for this campaign is to take natural hair and protective styles beyond being tolerated and into being celebrated,” Birkett says. “I want Black women to celebrate themselves and I want other people to celebrate Black women. It’s not just a shirt for us.”

The campaign imagery was influenced by fashion and beauty trendsetters in Birkett’s day-to-day life. “I mentioned to them that when I was in high school, girls used to wear rollers to match their tracksuits,” she says. “When I saw they included rollers in their shoot, that was cool.”

As a Black entrepreneur, Birkett is hopeful that this collaboration will inspire her community to continue working together to support emerging businesses, creatives, and designers. People have ideas, she says, but they often struggle to find the resources and connections to get them off the ground.

“There are so many amazingly smart and talented Black women, but [...] many of us have issues with having enough capital to take a risk,” Birkett says. “We also have to build our audiences.”

Last summer, as brands were getting behind Black-owned businesses in the midst of the protests for racial justice, some were skeptical. Would the support continue or was it a passing fad, black squares and all?

From Birkett’s vantage point, it landed somewhere in the middle.

“Some companies have clearly shown their support to be performative, but others have put their money where their mouth is,” she says. “It’s important for our communities to recognize who is who and shop accordingly. One of our sayings is, ‘Support brands that acknowledge your power.’ If a brand doesn’t respect you, make a statement with where you spend your money.”