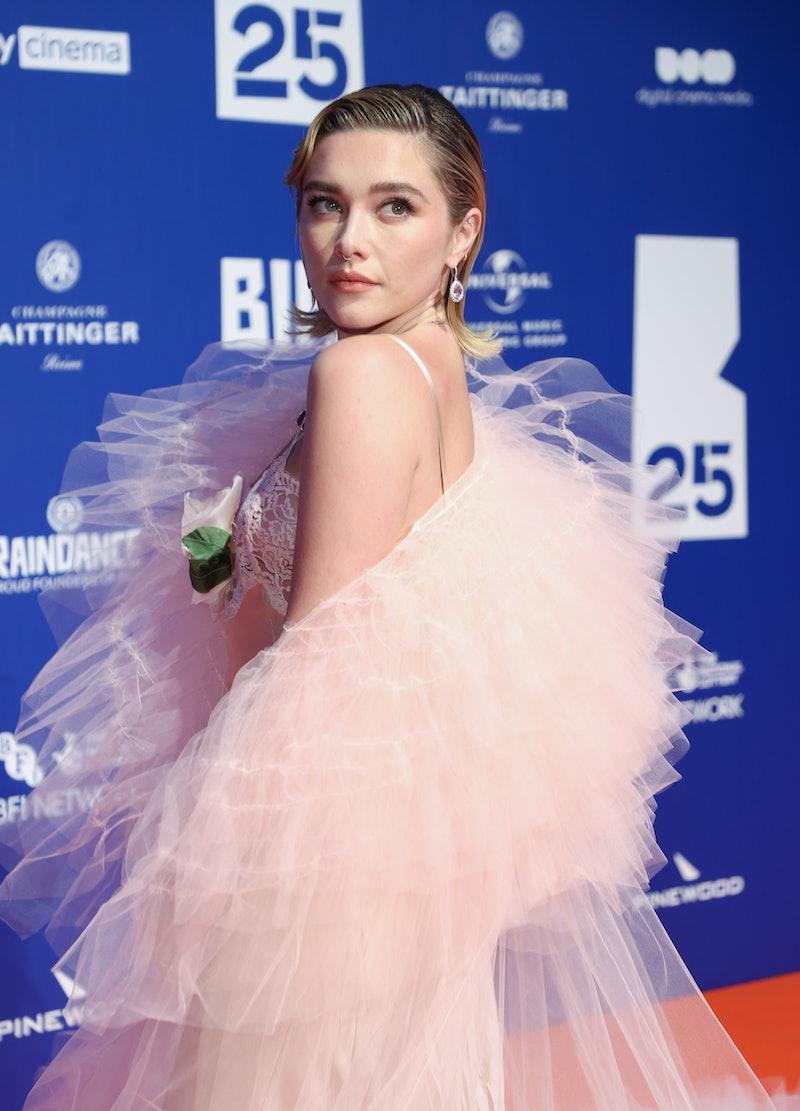 The sheer fashion trend is everywhere right now, but at the British Independent Film Awards 2022, Florence Pugh made the look her own. Turning up the mesh-o-meter by several notches, the Don’t Worry Darling actor wore a silk blush slip dress with a billowing sheer cape. The winning look was created by U.S. design house Rodarte.

Pugh was up for Best Lead Performance at the annual ceremony, held to celebrate the UK's best independent cinema. Though her turn in psychological thriller The Wonder ultimately lost out to Rosy McEwen in Blue Jean — a drama set against the backdrop of Margaret Thatcher's government — Pugh still brought the drama to the red carpet in her own decadent twist on the season’s stand-out trend. She matched the statement dress with Tiffany & Co. jewellery and satin heels from Aquazzura. Sharing a behind the scenes video on Instagram, Pugh’s stylist Rebecca Corbin-Murray labelled the look “Boudoir Baby.”

Pugh is no stranger to awards ceremony moments, previously managing to steal the show on the red carpet at a highly eventful Venice Film Festival. The actor brought along her grandmother Granzo Pat as her date, as rumours swirled around Don’t Worry Darling. Pugh appeared to show her nonchalance by skipping the press conference for her film and posting laidback footage of herself sipping on an Aperol spritz instead.

At BIFA, meanwhile, Norwegian rom-com The Worst Person In The World triumphed in the awards’ international category. But Aftersun was the biggest winner — taking home seven gongs including Best British Independent Film. Starring Normal People alum Paul Mescal as a young dad with an ambiguous but troubled past, the beautifully-shot story sees Mescal’s Calum taking his 11-year-old daughter Sophie on holiday to Turkey.