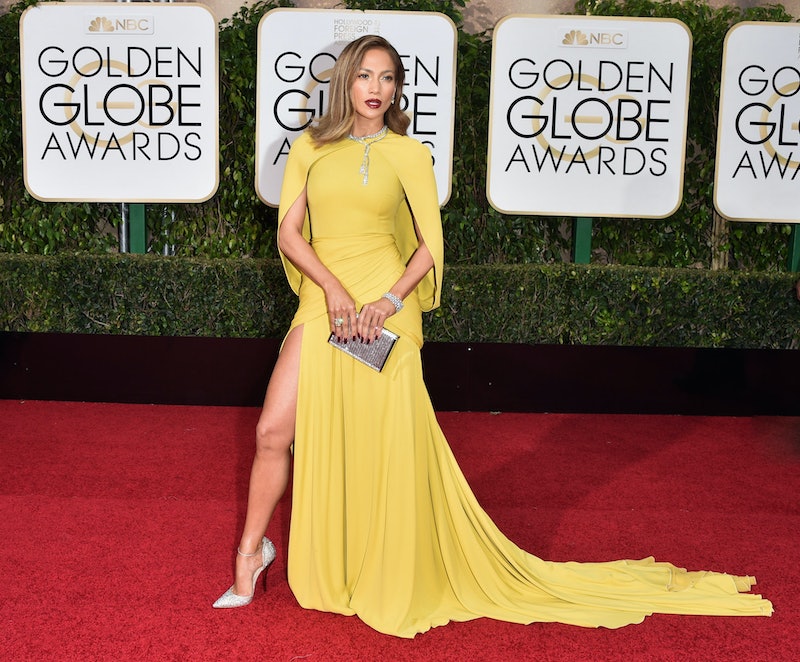 This year’s Golden Globes are socially distanced, largely without an audience, and hosted by Tina Fey and Amy Poehler from opposite sides of the country. That won’t stop a red carpet from happening though, virtual as it might be. E! is making sure to serve up all the fashion that you remember from years past, even if celebrities aren’t going to be walking from Ryan Seacrest to Giuliana Rancic in sky-high heels talking about who they are wearing. So, if you're wondering how to stream the 2021 Golden Globes red carpet, keep reading.

The Golden Globes will be airing nearly two months after initially intended, on Sunday February 28, on NBC. The show will hit your television at 8pm sharp EST, but long before that, E! will be hosting a lead-up to the event.

Though the red carpet will be untraditional this year, it’s a sure bet that celebrities will be dressing to the nines in their own living rooms all the same. So, be sure to follow your fave stars for a behind-the-scenes glimpse at their red carpet looks for the night.

The show promises to be as entertaining as ever this year with return hosts Tina Fey and Amy Poehler, playing MC from two different sides of the country. Fey will broadcast live from New York City at the Rainbow Room, and Poehler will check in from the Beverly Hilton hotel in California.

The nominations run the gamut, with a historic lineup for Best Director of a Motion Picture. Three women are nominated, including Emerald Fennell for Promising Young Woman, Regina King for One Night In Miami…, and Chloé Zhao for Nomadland. Only five women have ever been nominated in Golden Globes history.