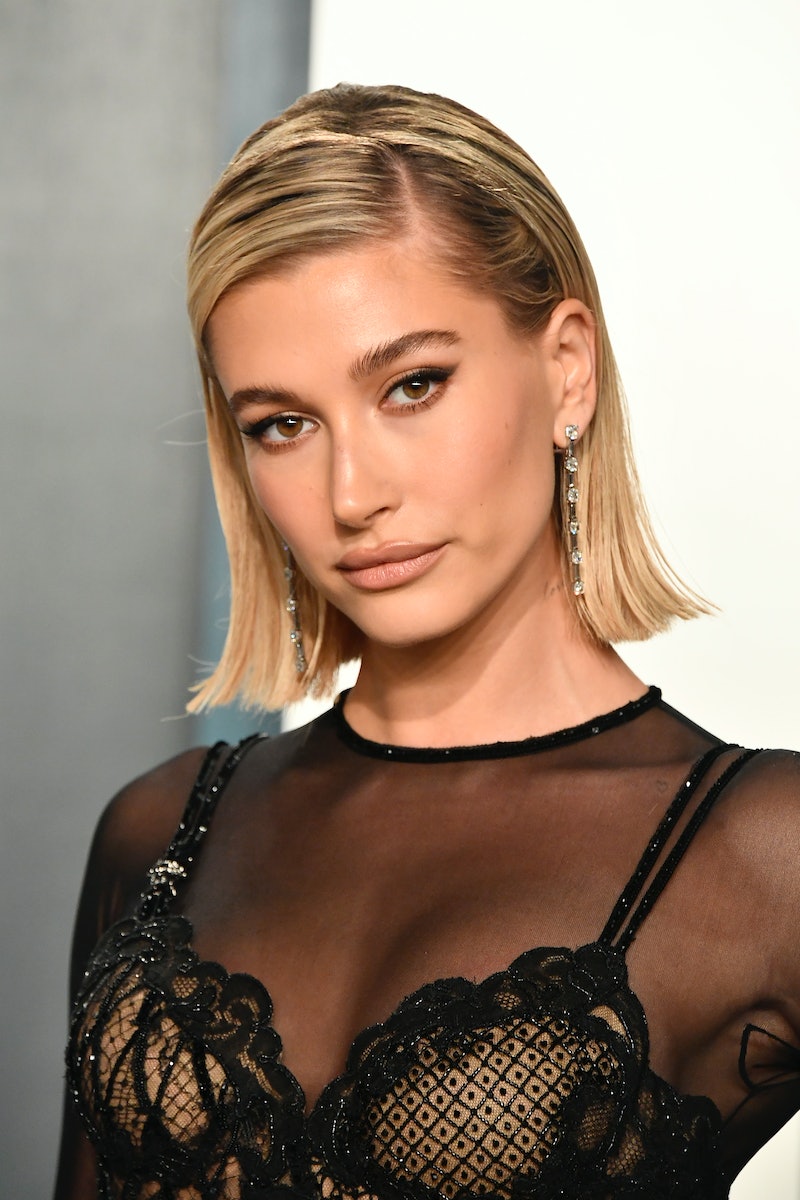 It only takes one look at Hailey Bieber’s nail art to know that the model takes her manicures very seriously. From rocking daisies, hearts, and oranges (so cute) to donning neon green French tips and a springtime-friendly baby blue, she clearly has a lot of fun switching it up — and her latest reveal proves she isn’t ending the nail art party anytime soon. You know those bright, unconventional French manicures that’ve been dominating your Instagram and TikTok feeds as of late? Bieber just showed off her own super unique take on IG.

Bieber’s new nails seem to feature every color in existence, from pastels (think lavender, cream, baby blue, and baby pink) to neons (specifically highlighter green, orange, and yellow) to touches of chocolate brown, stark white, and emerald green. With slanted, asymmetrical lines decorating the tops and bottoms of her nail beds, her manicure appeared to be a mash-up of several of spring 2021’s top nail designs — namely, the multicolored French tip, the ‘60s-inspired aesthetic (thank the trippy wavy lines for that), and a tiny touch of marbling. Basically, it’s the antithesis of boring — and Bieber seems to agree.

The graphic look was created by Bieber’s longtime manicurist Kimmie Kyees, who also did the model’s sparkly, lilac nails for her bachelorette party in the fall of 2019. (ICYWW: She used OPI’s Throw Me A Kiss for the big night.) It’s unclear what exactly Kyees used on Bieber’s mani this time around, but you can try these Bustle-approved polishes for now.

There’s been no shortage of colorful mani inspo lately. From Gigi Hadid’s birthday Skittles nails to Kylie Jenner’s funky, gingham look to Kacey Musgraves’ holographic finish, fun nail art is shaping up to be a *major* trend this year. Here for it!