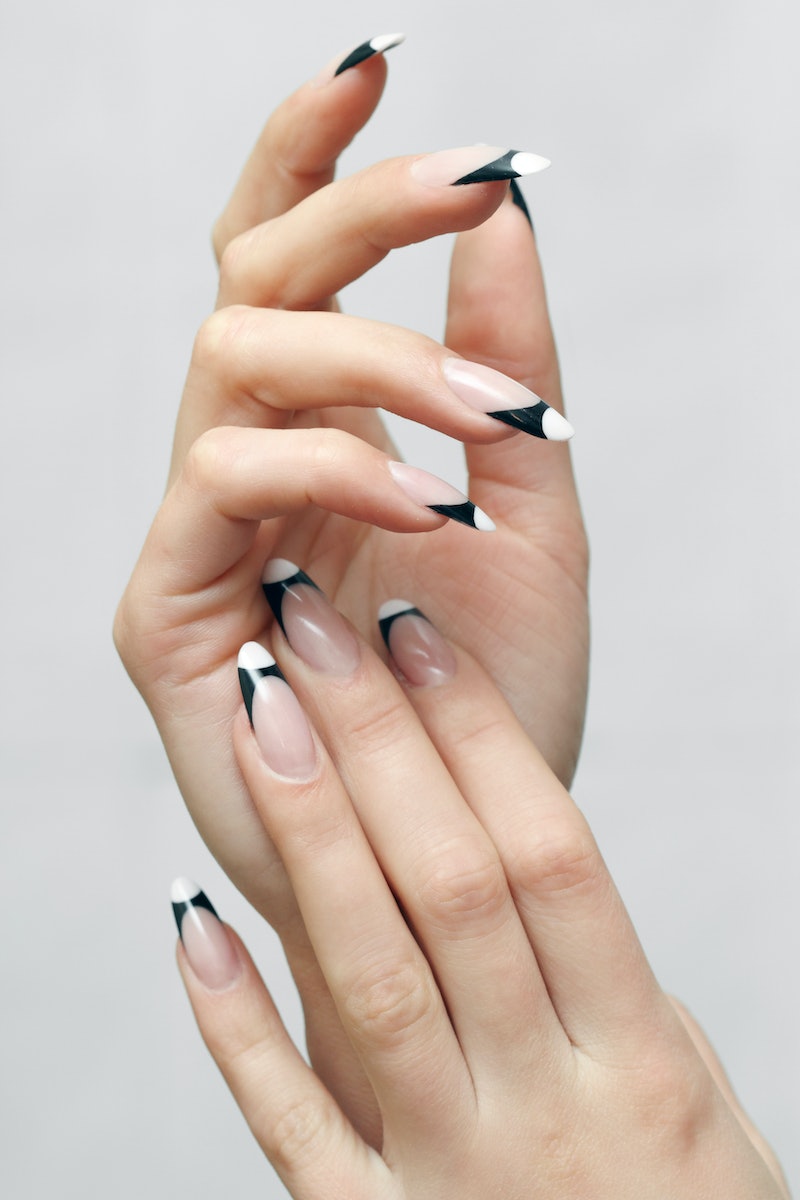 Shutterstock
By Tamim Alnuweiri
May 12, 2021

The French manicure is probably the first form of nail art. It was either that half moon-white tip or a solid color polish, and that was it. The OG design has gone through various cycles of popularity — including its heyday in the early 2000s when it was paired with a square tip — but in 2021, a burst of artsy, colorful life is being breathed into a new generation of French manicure styles.

The design was reportedly created in 1975 by Jeff Pink, the President and CEO of nail polish brand Orly. It has been 45(ish) years since, but the nail trend has withstood the test of time. After being worn on the tips of celebs like Paris Hilton and J.Lo during Y2K (with velour tracksuits, naturally), the French mani seems to be in a renaissance. If you need more evidence of its current comeback, start with celebrities like Selena Gomez and Gigi Hadid, who have recently sported modern versions of the manicure. A quick scroll through Instagram will also show you countless nail selfies debuting a fresh and vibrant take on the classic design.

If you have a steady hand and the right products (aka a super-thin nail art brush), you can try to DIY this trend at home. And if you don’t (same), nail salons are opening back up and this might be just the inspiration you need to settle on your next manicure.

Below are creative French manicure ideas for everyone, from the pastel-obsessed to the experimentation-shy and all the way down to the bold nail art connoisseurs. Take a peek and book a mani, stat.