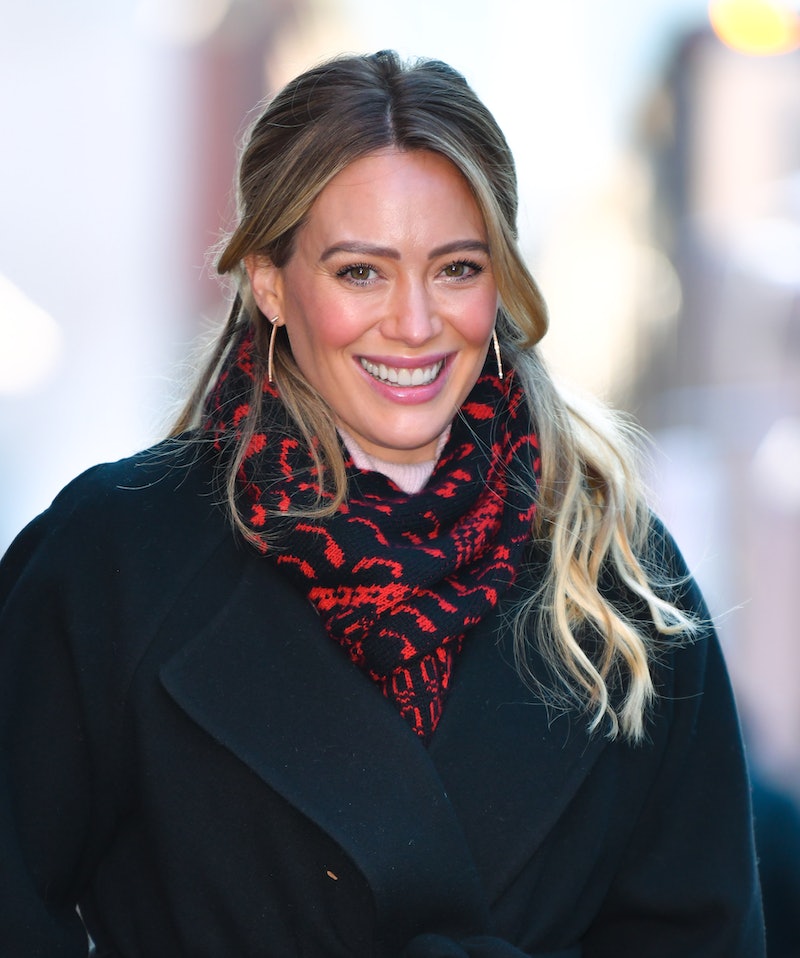 Hilary Duff is a signature blonde. She's mainly stayed true to her roots ever since her iconic role as Lizzie McGuire, but that has recently changed: Hilary Duff's blue hair is back, and it's giving serious cotton candy vibes.

On Feb. 19, Duff took to her Instagram account to debut her new blue hair color. The shade is a nearly neon cerulean that has a mermaid aura to it (she even described the new 'do with a mermaid emoji in her caption). "I've gotta have fun somehow, so — I'll be blue for awhile," said Duff in an Instagram video. This is the second time Duff has rocked blue hair, BTW: Nearly a year ago, in Apr. 2020, the actor's husband Matthew Koma helped her DIY the dye job at home, though that blue was darker than the current pastel shade.

Duff revealed in her caption that she went blue to celebrate her return home after wrapping filming of Younger, and credits Nine Zero One hairstylists Nikki Lee and Riawna Capri for "saying yes to another crazy change this late in my pregnancy," she wrote. "At least I didn't cut bangs!" As the star is pregnant, the hair color led to speculation that it was a way to reveal her baby's gender, but Duff shared that this isn't the case.