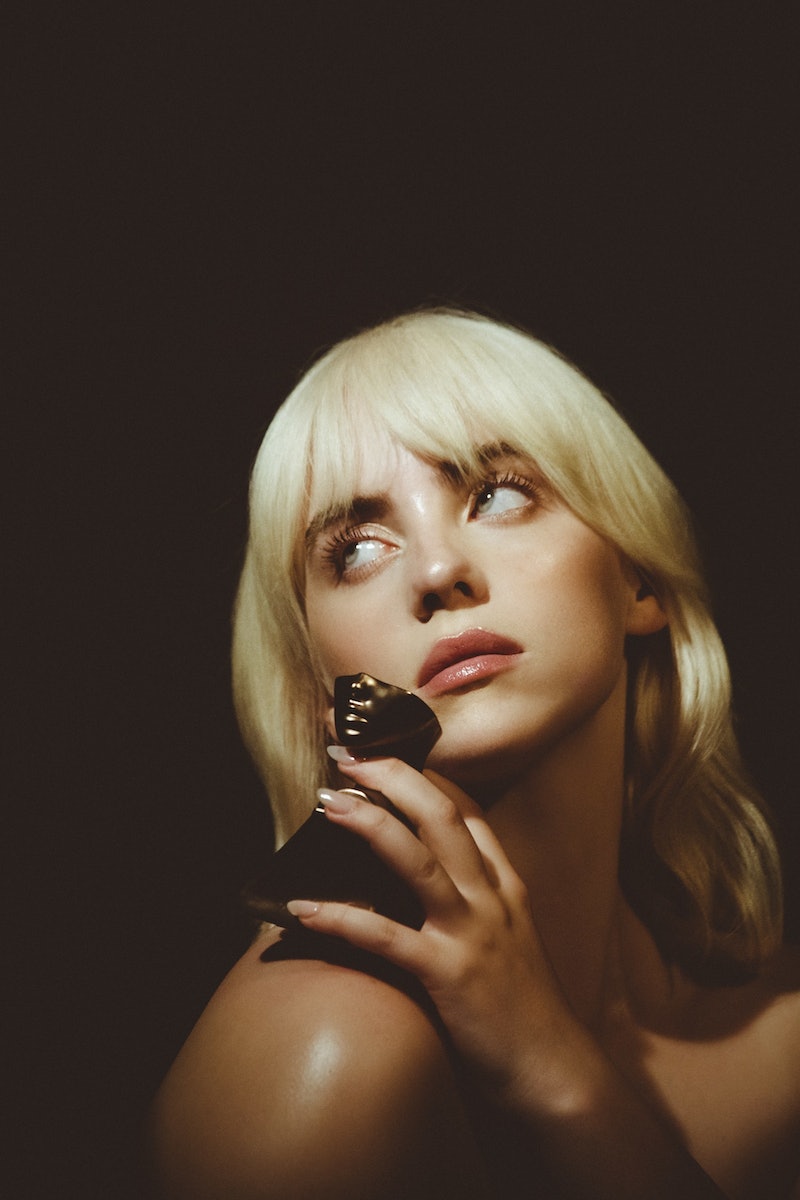 Billie Eilish fans have had a lot to celebrate this year: The teen music phenomenon debuted a brand-new look on June’s British Vogue cover, dropped her highly anticipated second album, and rocked at the Met Gala (an event she also co-hosted). And now the “Happier Than Ever” singer has launched her debut fragrance, Eilish.

Making the announcement via an Instagram post on Oct. 20, Eilish wrote: “This is a scent that I’ve been chasing for years and years. This is my favorite smell in the WORLD. Fragrance has always been such an enormous part of my life and existence since I can remember, and it was a dream to create this scent and bring my ideas to life.”

The sweet fragrance opens with the scent of sugared petals, mandarin, and red berries, followed by base notes of amber, cocoa, vanilla, and warm spices, all wrapped up in a bronze body-shaped bottle, highlighting Eilish’s favourite parts of the body (the chest, neck, and collarbone) without being overly sexualised, per Allure.

Though, the olfactory idea was more about evoking a certain feeling than the scent itself. “I wanted it to feel like a warm embrace. Like what it feels like to feel your blood rushing through you,” Eilish wrote in a press release. “It’s a scent that I’ve been chasing for years and years and years. It’s my favorite smell in the world.”

Now that the long awaited fragrance is out, here’s everything we know about how you can get your hands on it in the UK.

Where Can You Buy Billie Eilish Perfume In The UK?

The singer’s Eilish fragrance will be available exclusively at BillieEilishFragrances.com and the singer’s merchandise site, BillieEilish.com, which, fortunately for fans in Blighty, delivers to the UK.

When Will Billie Eilish’s Perfume Be Available In The UK?

Eilish was released Nov. 10 in the U.S., and according to the brand’s Instagram, sold out in a day. The scent isn’t available to buy at the moment and shipping is only in America, but keep an eye on Eilish’s socials to stay in the know. They recommends creating an account on the official website and signing up to the newsletter, to keep in the loop for more updates and international launch details.

Eilish will be available at $68 for 100ml in the United States. Whilst the exact UK price for the scent and delivery hasn’t been announced, you can expect it to retail at around the £50 mark, plus delivery to the UK.