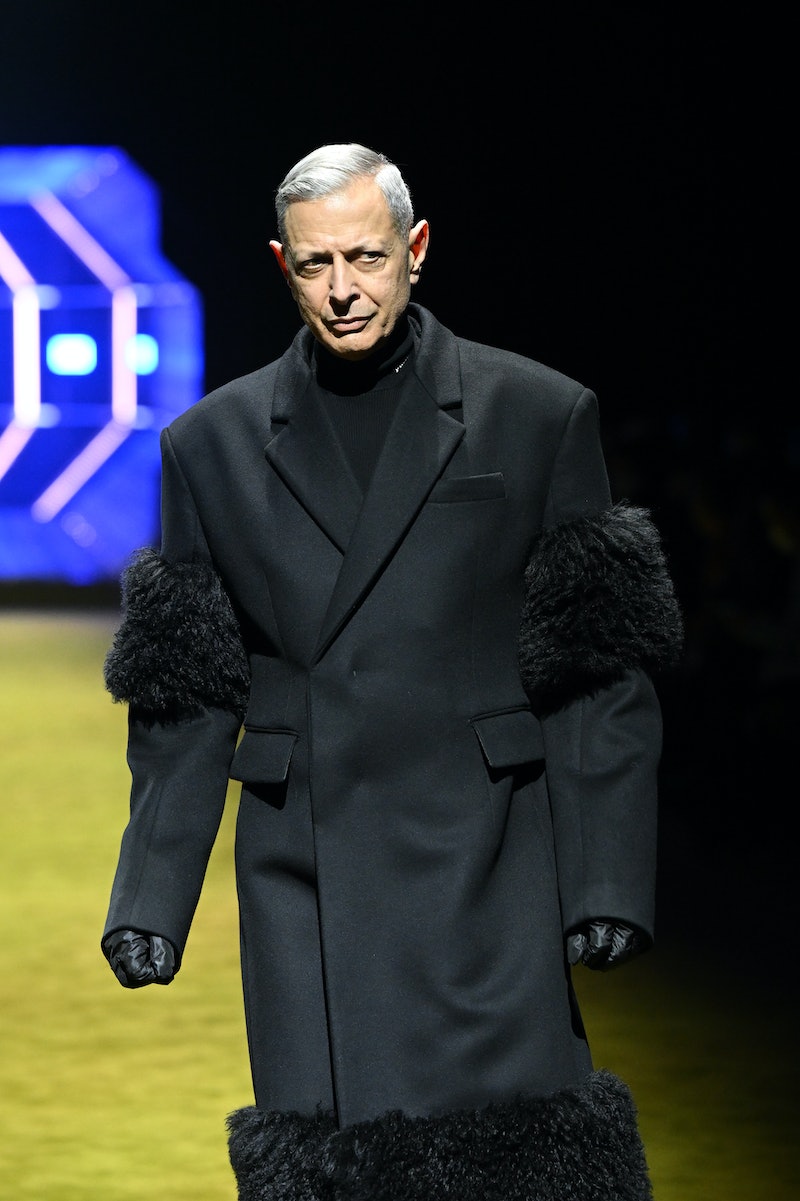 Years after pledging his allegiance to the Italian fashion house with several campaigns and social media posts, Jeff Goldblum has finally walked the catwalk for Prada’s Autumn/Winter 2022 men’s fashion show in Milan. The Jurassic Park actor – and all-round zaddy – was awarded the coveted spot of closing the show by Raf Simons, co-creative director of Prada along with Miuccia Prada, whilst Sex And The City’s Trey (AKA Kyle MacLachlan) opened the show at the Fondazione Prada’s Deposito venue on Jan. 16.

Goldblum and MacLachlan were chosen by the design duo to “bring a new facet of reality,” to their workwear-inspired show, and communicate how the collection would be worn by real – albeit widely recognisable – men. Goldblum, 69, wore an all-black ensemble with a faux-fur hem and gloves, whilst MacLachlan, 62, stepped out in light blue satin trousers, shirt and gloves, with a long black coat from the designer’s winter collection.

After two years of somewhat strange working conditions across the globe due to lockdown, the show – which is only Simon's second physical show since his appointment in February 2020 – made quite the case for getting dressed up for a day in the office (or for your living room).

“The collection celebrates the idea of working – in all different spheres and meanings,” said Miuccia Prada. “Through these clothes, we emphasise that everything a human being does is important. Every aspect of reality can be elegant and dignified... elevated, and celebrated.”

In recruiting the famous faces for their show, Prada and Simons mirrored a similar show from a decade ago, when Miuccia Prada invited Willem Dafoe, Gary Oldman, Adrien Brody, and Tim Roth to walk for the brand’s AW12 menswear show.