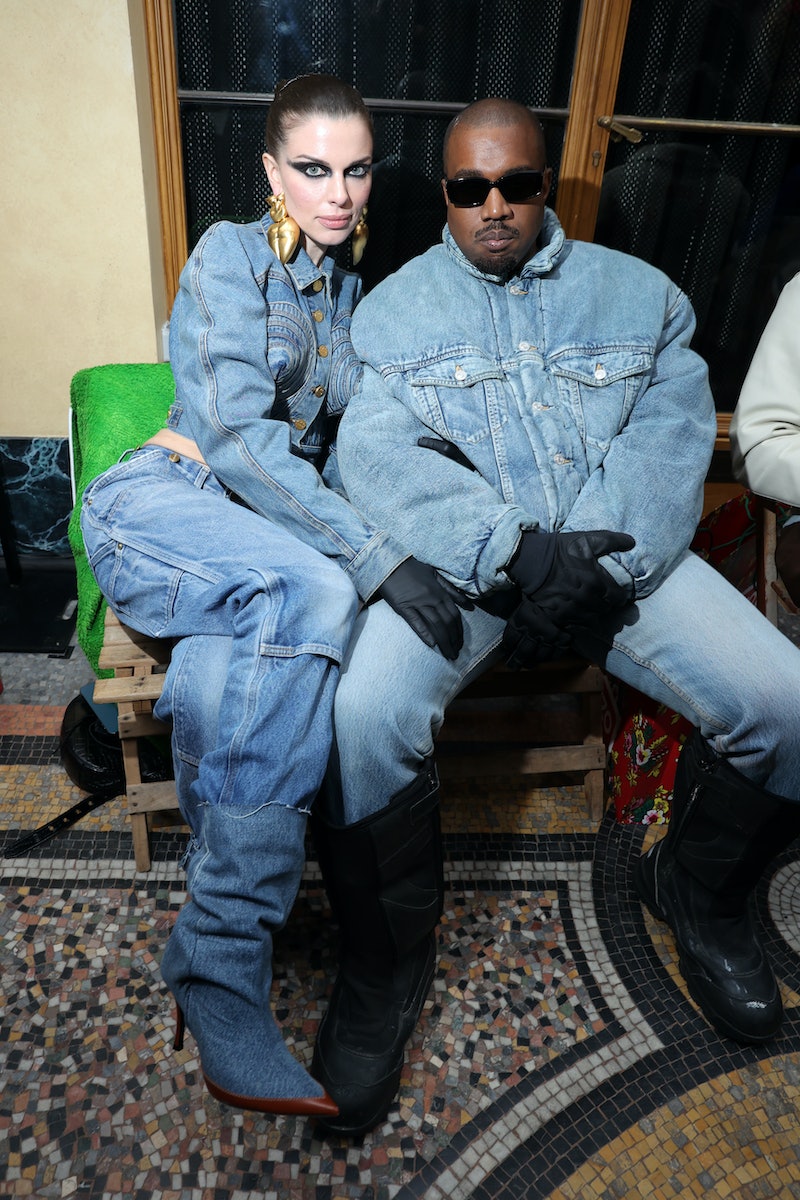 Nothing about Kanye West and Julia Fox’s whirlwind romance has been what one might call casual. From their first date on New Year’s Eve in Miami to an evening out in New York City complete with a Broadway show, full wardrobe fitting, photo shoot at celebrity hotspot Carbone, and a spread about the whole thing for Interview magazine, the pair seem to be welcoming the attention being thrown their way — and are doing so wearing a bevy of beautiful clothing.

Kanye, known for making his opinion on his partner’s wardrobe crystal clear, and Fox, known for a willingness to go bold, appear to be having plenty of fun with their style in these early, budding days of their relationship. From New York to their current jaunt around Paris for Couture Fashion Week, the couple have become increasingly coordinated, and — considering all the denim, pointed bras, and leather moments — inspired by the ’90s’ most iconic styles.

Fox, in heavy black liner and structural streetwear, has emerged as a fashion match for Kanye, even drawing comparisons to ex Kim Kardashian. Fox’s choice in footwear has felt familiar not once, but twice: First, there was a pair of pantaboots (or, in Fox’s case, “joots,” as they’ve been playfully referred to); more recently, she was photographed in the exact pair of thigh-high Balenciagas Kardashian wore in 2016.

The sky seems to be the limit when it comes to Fox, West, and their sartorial similarities. Keep scrolling to see all their matching looks so far.

More like this
10 All-Denim Outfits Inspired By Billie Eilish, Bella Hadid, & More
By Allie Fasanella
Here’s What Happened When I Wore Good American’s Butt Cut-Out Jeans In Public
By Bella Gerard
All Of Kourtney Kardashian’s Wedding Dresses
By Allie Fasanella
Megan Thee Stallion Just Brought Back 2004's Favorite Handbag
By Dominique Norman
Get Even More From Bustle — Sign Up For The Newsletter