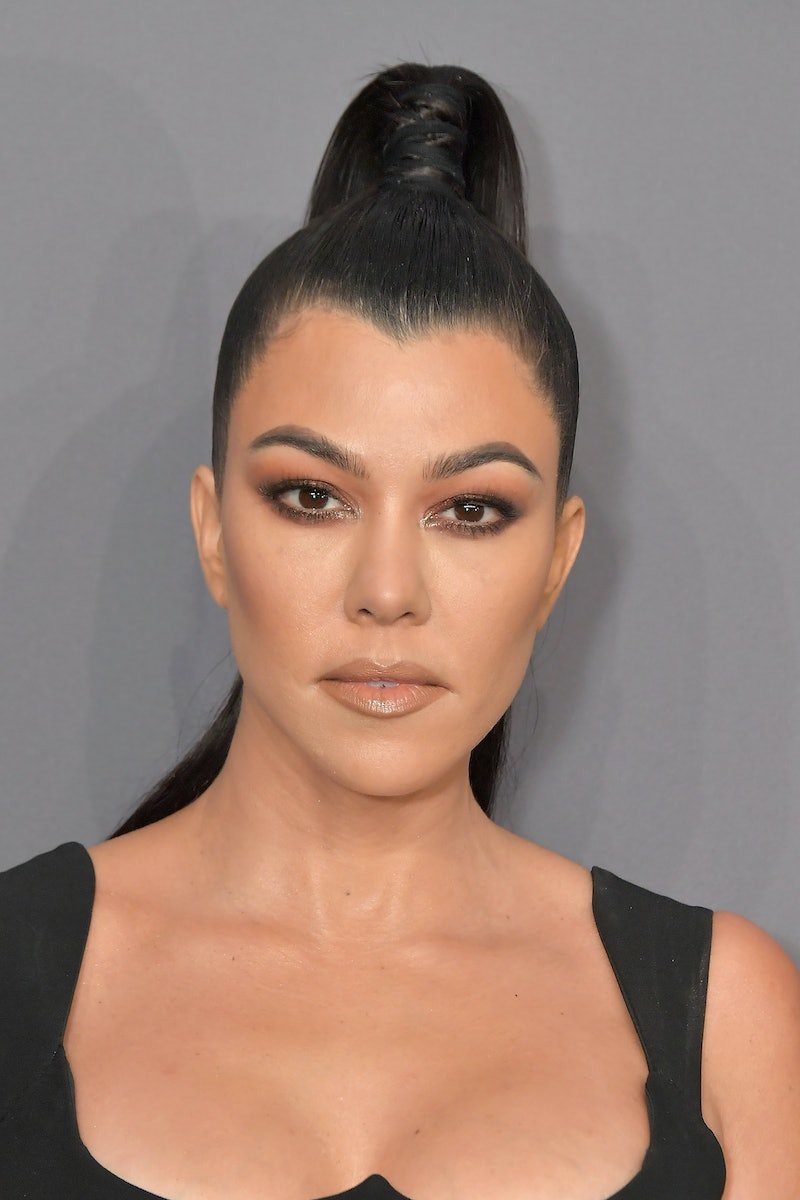 Kourtney Kardashian’s new bob haircut made its social media debut, and fans were surprised to see that the Poosh founder traded in her waist-grazing locks for a new lob (aka a long bob). Yup, the beloved cut is still very much alive and well — and it’s amazing inspo if you’re thinking about a fresh chop.

The lob reveal comes more than two weeks after Kardashian posted a snap of shorn locks on her Instagram story with the caption, “Haircuts by @travisbarker.” While the pic seems to insinuate that her boyfriend is officially her new hairstylist, this look was actually the work of Peter Savic, the hairstylist who also works with celebrities like Madonna, Cindy Crawford, and more. Perhaps Barker cut off her extensions, which she appears to have been rocking for the better part of 2021 — save for a few moments with her natural hair, which fell just below her shoulders.

Kardashian’s carousel, posted yesterday, is proof that short haircuts can still be incredibly versatile. In two of the photos, she’s sporting a windswept side part with natural-looking waves. In the other two, her strands look sleek and straight with a very Gen Z-appropriate middle part. Both ways look chic, effortless, and fresh.

Kardashian isn’t the only star who’s opted for a shorter look in recent months. Alexandria Ocasio-Cortez revealed a layered lob on her Instagram Live back in March, while Ashley Benson commissioned Joseph Maine to chop hers in June. Meanwhile, celebrities like Paris Hilton, Selling Sunset’s Chrishell Stause, and Iggy Azalea have also gotten in on the long bob fun.

While this certainly isn’t the first time Kardashian has opted for short hair, the cut still feels modern. Here’s hoping she’ll take it a step further and dye it platinum like she did in the ‘90s.