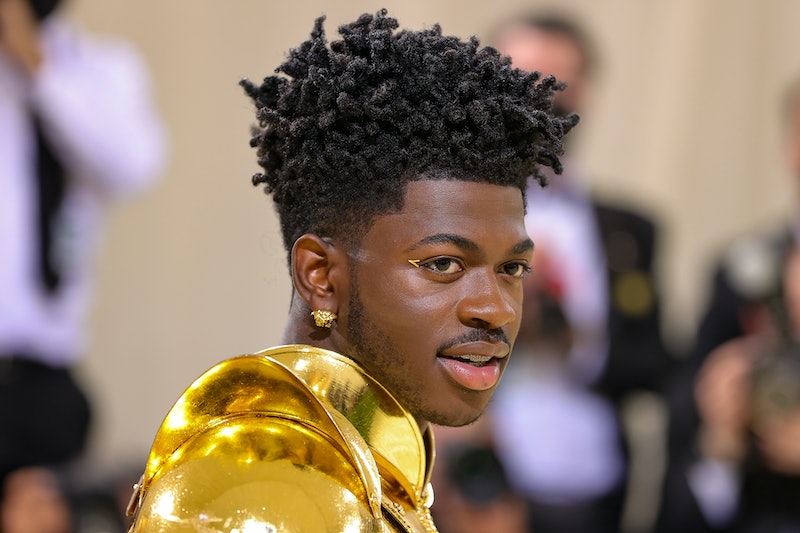 After performing at the MTV Video Music Awards Sunday night, many wondered whether or not Lil Nas X would attend the 2021 Met Gala the next day. Attend he did — and he showed up ready to serve.

Lil Nas X arrived wearing not one, not two, but three looks. Similar to Lady Gaga’s camp-inspired outfit at the 2019 Met Gala, Lil Nas X gave us more than just a strut; he gave a performance. And, TBH, that’s exactly what we’d expect from such an exuberant soul like himself.

In line with the theme “In America: A Lexicon on Fashion,” Lil Nas X’s ensemble was American Drama, just like his fans love. It began with a huge gold coat a la King George from Hamilton. He then removed that to reveal a gold suit of armor before showing off his third and final look: a bold embezzled catsuit. One word: Iconic. See all three outfits below.