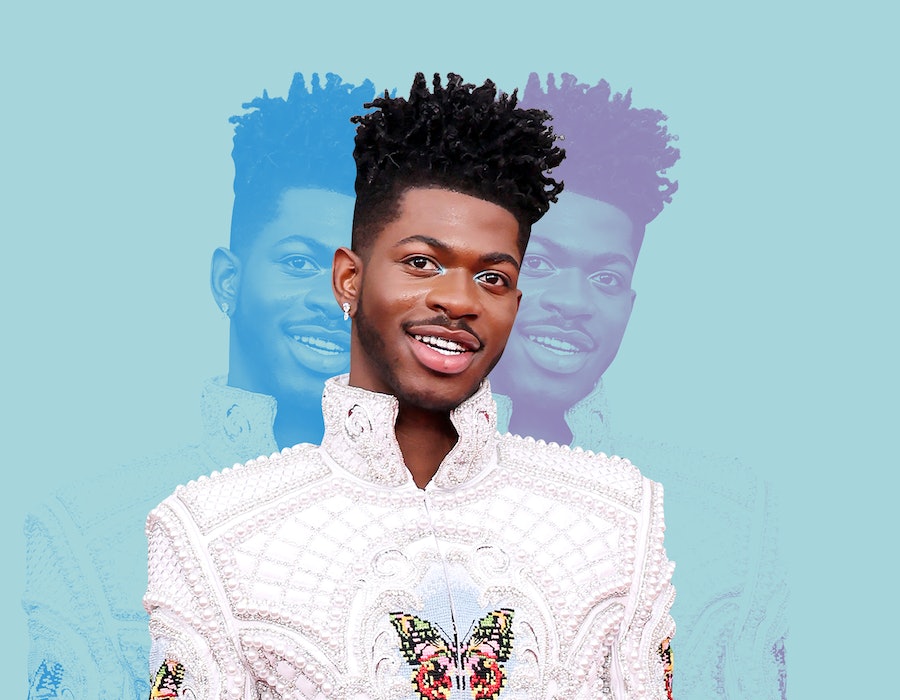 Just a few years ago, Lil Nas X seemingly shot to superstardom with (what is still) one of the most playful and crowd-pleasing hip hop / country crossover songs, then dropped a remix with none other than the Billy Ray Cyrus — Old Town Road. Since then, he’s emerged completely and unapologetically himself, going on to release his debut album, Montero, just last year. And given the now-23 year old was only 20 at the time when his world turned upside down, he has a surprisingly wellness-centered way of handling the incredible amount of stress and pressure that comes from fame.

In between sessions at the studio (most definitely cooking up something fresh for his fans), I had the opportunity to chat with the artist via Zoom about his wellness and skin care habits — and, spoiler alert: it’s super minimal and low-key.

When asked about his wellness routine, Lil Nas X uttered almost immediately: “Minding my business and drinking a lot of water.” And though we both laughed hysterically thereafter, there is some merit to that blunt sentiment. So often in the new-age world of social media, and I’d imagine especially as a public figure being inundated with ceaseless, unwarranted commentary, the noise affects our mental health.

Diving a bit deeper into his routine beyond keeping his mind right, the rapper mentioned how important it was to nourish his body with cleaner foods — and on the heels of his new Vitaminwater campaign where the messaging is to “Nourish Every You,” his mindset is incredibly aligned. “I try not to eat red meat and pork, which definitely helps [my skin] a lot. [The change happened] when I started to be a healthier person in all of my actions.”

As for any bad skin care habits? Similarly, he prefers to keep it quick and simple: “I try not to put too much [product] on my face. I feel like it can irritate my [skin] and do the opposite of what I’d like for it to do.”

And speaking again of the effect of stress on his skin, he shares: “When I’m overthinking and just having bad day after bad day, my skin will literally start to get really light around my nose. It got really bad when I first starting making music because I was really stressed out all the time.”

As for what’s next for the still-rising star? Get excited for more hits to drop later this summer. “We start tour in September, and I’m going to get some new music out there before.”

More like this
Kim Kardashian On The Beauty Hack That “Changed My Life, My Skin, My Confidence”
By Taylor Jean Stephan
Dua Lipa On YSL Beauty, Plus Her Fearless Approach To Hair & Makeup
By Erin Stovall
A Definitive Guide To All 52 'Real Housewives' Beauty Brands
By Audrey Noble
All The Products Hailey Bieber Used For Her Birthday Makeup Look
By Olivia Rose Ferreiro
Get Even More From Bustle — Sign Up For The Newsletter