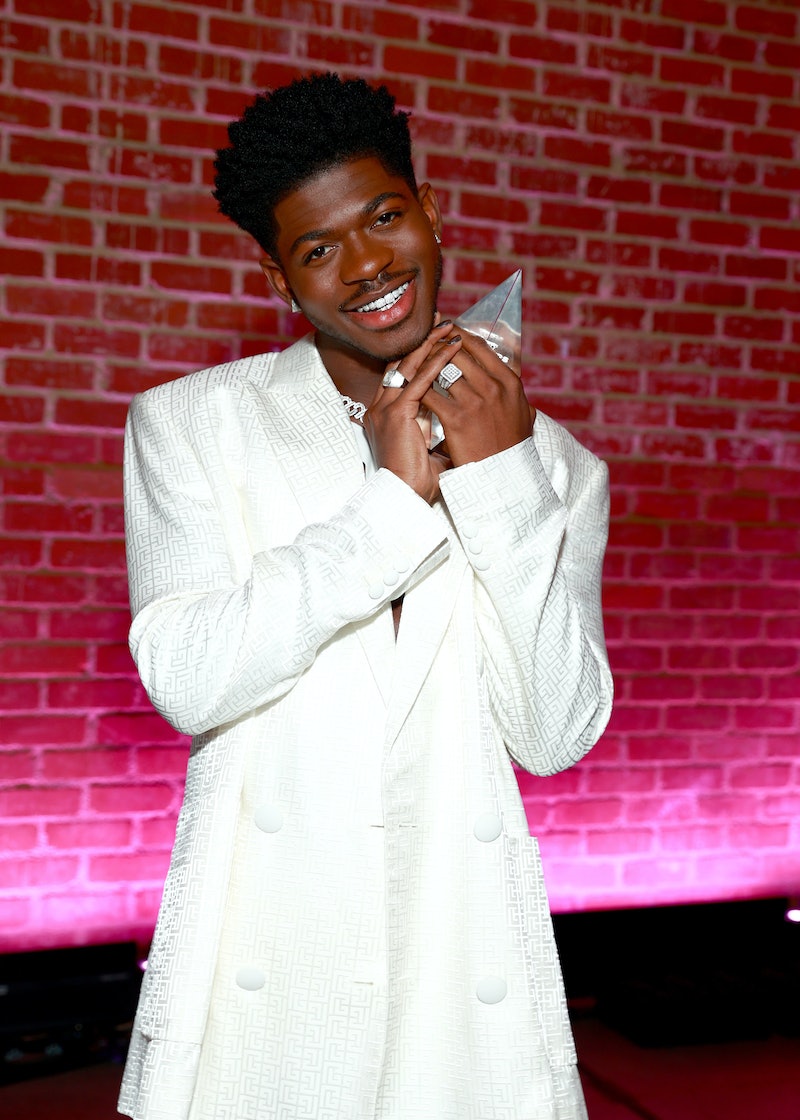 A new candidate for most ambitious crossover event in history has arrived, this time by way of Lil Nas X and several very famous friends. The “Industry Baby” singer was one of several musicians being honored at Variety’s Hitmakers brunch on Dec. 4, an event celebrating the people behind this year’s most memorable music — so you know the lineup had to be good. Chloe Bailey presented Lil Nas X with the Innovator Award, while Avril Lavigne was on hand to do the same for Songwriter of the Year Olivia Rodrigo. Meanwhile, Normani and Jack Harlow also took home top honors. Best of all? Hardly any Hitmakers left without helping Lil Nas X recreate one of the most absurdist current TikTok trends around right now: bing bong, of course.

The particular TikTok Lil Nas X and co. borrowed from is a collection of clips from Sidetalk’s Coney Island video. Each celeb took a turn lip-syncing a memorable line from the audio. Lil Nas X kicked things off, followed by *takes breath* Rodrigo, Harlow, Normani, Anitta, Tinashe, Lavigne, and Bailey. Their efforts amounted to one of Lil Nas X’s biggest TikToks ever, amassing more than 23 million views and nearly 7 million likes (and counting) in its first 18 hours. All that star power was simply undeniable.

“Most iconic video on this app,” as one user put it. Another described the celebrity-filled TikTok as “even better than the 2014 Oscar selfie.” Even those who perhaps didn’t recognize every celeb in the video — it’s a lot! — had a good time. “I only know who three of these people are but I’m still very impressed,” wrote author and vlogger Hank Green.

Beyond contributing to the star-studded TikTok, the musicians managed to make time for the awards, too. Lil Nas X joked that he “had a lot of fun pissing people off” in 2021, before describing the effort it took to put out his first album, Montero.

“This year took a lot of mental strength from me to be able to keep pushing after my debut put me in such a high place so quickly,” he said. “I came out. I was myself. I did what I needed to do. I put effort into every single part of my career.”

Of course, two years after “Old Town Road” became one of TikTok’s biggest, earliest hits, who better than Lil Nas X to usher in the app’s latest viral moment in music?