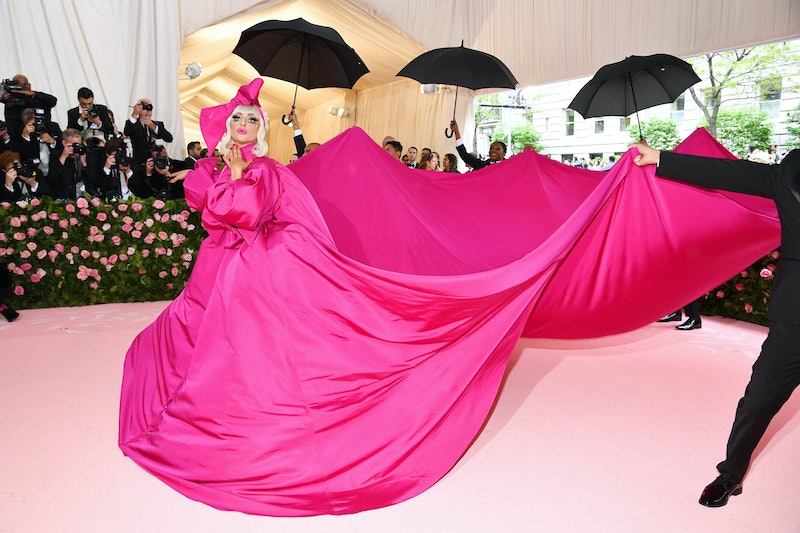 The Metropolitan Museum of Art's steps aren't just the entrance to priceless historical artwork and sculpture, or for functioning as the cafeteria where Blair Waldorf ate each day on Gossip Girl. Thanks to the wide range of Met Gala themes, the steps of the museum have also seen thousands of the most imaginative red carpet looks at the annual Costume Institute Gala.

Created in 1948 as a means of monetarily supporting the museum's costume wing, the Met Ball was reinvigorated in 1995 by Vogue editor-in-chief Anna Wintour. The rest, as they say, is history, and an incredibly beautiful one at that. A more well-dressed crowd of philanthropists you could not find, many of whom take the gala's annual theme as an excuse to unleash their inner creative virtuoso.

And it is the array of sartorial themes — each of which takes its direction from the exhibit at the Costume Institute — that truly make the Met Ball unforgettable. From the gala's 1971 “Fashion Plate” theme to the event's classical “Charles James: Beyond Fashion” motif in 2014, read on for every single one of the Met Gala's annual themes. Don’t forget to tune in on the first Monday in May for the next of this history-making event.

Met Gala 2022 Theme: “In America: An Anthology of Fashion”

To make up for skipping annual event in 2020 due to the COVID-19 pandemic, the team at the Costume Institute gifted us with two Met Galas in an eight month span. The 2021 theme was split into two parts, the second of which had a “gilded glamour,” dress code.

The 2021 Metropolitan Museum and Costume Institute exhibit brought the focus closer to home, celebrating American designers in the two-part, exhibit which was postponed from its usual May debut to September. Titled “In America: A Lexicon of Fashion,” the theme not only a way put the lens on American designers throughout history, but also shed light on emerging U.S. brands hit hard by the coronavirus pandemic. It was also a way for celebrities to speak out about the social justice issues facing Americans today.

The 2020 Metropolitan Museum and Costume Institute exhibit might have been postponed from May to October, but the curation by Andrew Bolton was already set and ready to go when the museum was forced to close their doors. With an extensive preview online, the museum explains, "Employing Henri Bergson's concept of la durée (duration), it will explore how clothes generate temporal associations that conflate past, present, and future. Virginia Woolf will serve as the "ghost narrator" of the exhibition."

The 2019 Met Gala theme — and title — is inspired by Susan Sontag's 1964 essay “Notes on 'Camp’.” The essay is largely responsible for naming 'camp' style, which is defined by Sontag as the "love of the unnatural: of artifice and exaggeration."

As Vogue reported, 2018's theme was meant to "highlight the enduring influence of religion and liturgical vestments on fashion."

The ball of 2017 celebrated Japanese designer Rei Kawakubo, who famously once said, "The only way of doing something new is not to set out to design clothes." Hence the piece above, which features zero arm holes.

This futuristic theme left the red carpet filled with what appeared to be robot-inspired outfits.

In 2015, the Costume Institute celebrated Chinese designers — including Guo Pei, the woman who created one of Rihanna's most iconic fashion moments ever.

A classic couturier whose work was lost to the winds of time, Charles James's keen eye for design was resurrected in 2014.

What better excuse to trot out your plaid and spiked finest than a punk-themed ball?

2011 Met Ball attendees reflected on the unorthodox genius of Alexander McQueen during the ball.

Women again took the lead at 2010's Met Ball, where attendees including Doutzen Kroes paid tribute to femininity and the power of choice.

Top models such as Christy Turlington and Kate Moss were honored at 2009's Met Ball for their influence on the fashion industry.

The clothes proved it: the true warriors were women at the 2008 Met Ball.

French designer Paul Poiret's incomparable designs gave the 2007 Met Ball its direction, allowing Kirsten Dunst to channel his famous quote that he “freed the bust” in reference to his corset free designs.

Alexander McQueen was one of many deserving British designers honored at 2006's AngloMania-themed celebration.

Both Coco Chanel and Karl Lagerfeld have received countless accolades for their contributions to fashion, and the pair received their due admiration at the 2005 Met Ball honoring the House Of Chanel.

The 18th century took a twist for the modern when the era served as the guiding light behind 2004's eccentric gala.

An icon of classic American style, Jacqueline Kennedy was a timeless muse for the 2001 Met Gala.

A rocker theme was the ideal way for celebrities and fashion icons to channel their inner rebels.

Art and fashion merged at the cubist-themed 1998 Met Ball. Picasso would have been proud.

The visionary Gianni Versace was honored at 1997's Met Ball, where his sultry and liberated designs were recognized for their sheer brilliance.

The talented Harper's Bazaar editor was memorialized at the 1993 Met Ball. Vreeland served as Special Consultant for the Costume Institute from 1972-1989.

Fashion is in part cyclical, and the way a society dresses does reflect current culture, beliefs, and politics, making 1992's theme especially provocative.

Propriety and proper attire were in abundance at 1988's Victoria era-themed Met Ball.

In truly meta fashion, the Met Ball decided to honor its own legacy in 1987.

A dance-themed ball proved genius, from the movement-friendly fashions to the spirit of celebration in the air.

The rich patterns and delicate embroideries of India lent incredible depth to the 1985 Met Ball.

The fashion community celebrated the sheer genius of Yves Saint Laurent's 25-year-old career in 1983. This was the first time the exhibit honored a living designer.

Beauty was indeed the watchword at 1982's Belle Epoque-themed celebration, from the gowns to the gilded accessories adorning attendees.

The oh-so-experimental 1980s kicked off with a glimpse into fashion past with 1981's 18th-century-themed gala.

Chinese design from the Chi'ng Dynasty set the stage for a regal atmosphere at the 1980 ball.

Met Ball attendees were given an aesthetic treat and a European history lesson at 1979's Habsburg era-themed gala.

The exalted publication took center stage at the 1977 Met Ball.

The historical garb of Russia gave the 1976 Met Ball an educational and aesthetically-pleasing angle.

1971's Met Ball theme was a call back to fashion illustrations that served as early fashion media and originated in the French court of Louis XIV.

This article was originally published on April 11, 2015