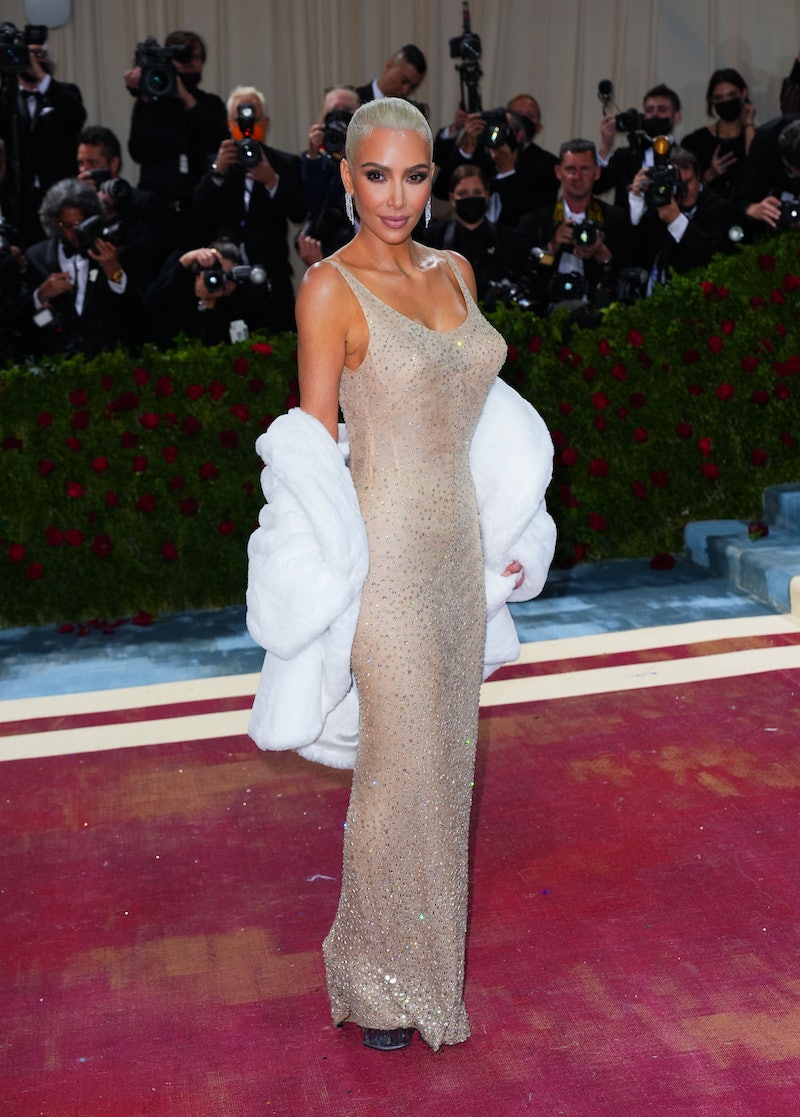 After three years of reschedules (the 2020 gala was cancelled and 2021’s event was pushed to fall 2021, followed by a part two in May of 2022), the annual Met Gala will finally resume its regularly-scheduled programming and the fashion industry is rejoicing.

For those not in the know, the Met Gala has been around since 1948 — though, it’s earlier iterations were held at locations like Central Park and the Waldorf Astoria (oh, and tickets were only $50). Famed Vogue editor Diana Vreeland took over as event planner in 1971, turning the annual fundraiser into the revered party it is today. Since its creation, the gala has existed to raise money for the Costume Institute, which celebrates a new exhibition each year.

Throughout the years, the Met Gala has been home to some of fashion’s biggest moments in history — and the memes to go along with it (ex: Rihanna’s yellow Guo Pei dress that the internet turned into a pizza, “Jason Derulo falling down the Met steps”). That’s not even to mention the annual debate of who was on theme and who missed the memo altogether.

Information about this year’s event has just dropped — and it’s already causing controversy (more on that ahead). Read on for all the information we have so far about 2023’s installment, including the date, who’s invited, where to watch, and more.

The official title of this year’s Costume Institute exhibition is “Karl Lagerfeld: A Line of Beauty,” a retrospective on the career of Lagerfeld, who passed away in 2019. Naturally, the opening event will be reflective of this theme.

The exhibit will showcase 150 of Lagerfeld’s designs from each of the houses he served: Chloé, Fendi, and, of course, Chanel. Designs from his namesake label will also be showcased and his work for Balmain and Patou is also expected to be featured.

Andrew Bolton, curator of the MET Costume Institute, told Vogue that “Karl never tired of telling me that fashion did not belong in a museum.” Instead of a traditional retrospective, which Bolton notes “Karl would’ve hated,” the new exhibit will offer a more intimate look at his work, from 2D sketches to 3D creation.

Vogue announced the dress code on Wednesday with simple instructions: “In honor of Karl.” So you’re likely to see a whole lot of Chanel. Personally, I hope someone honors the late André Leon Talley with a Karl Lagerfeld kaftan, as Talley considered the designer a close friend and mentor.

Though just announced, the theme is already facing criticism, as Lagerfeld was the center of a flurry of controversial moments throughout his decades-long career as a fashion designer and creative director.

Actress Jameela Jamil took to Instagram following the announcement, drawing attention to the more troubling aspects of Lagerfeld’s career, including his numerous fatphobic sentiments, his controversial opinions on the #MeToo movement, and xenophobic rhetoric around Syrian refugees.

While his artistry and legacy cannot be denied, it certainly begs the age old question: Can you separate the art from the artist?

The event takes place annually (save for the aforementioned rescheduling) on the first Monday in May, which falls this year on May 1, 2023. Following the exclusive A-list event, the exhibit will open to the public. Starting May 5, 2023, MET Museum guests can view the sartorial display. It will remain on presentation through July 16, 2023.

Who Are The Met Gala Co-Chairs?

Vogue’s editor-in-chief Anna Wintour serves as the host and chair of the Costume Institute. She is responsible for selecting the co-chairs each year, and personally decides who receives a coveted invite to the opening soirée. For 2023, she selected a diverse group to take the helm.

Lipa and Cruz both had relationships with Lagerfeld. Cruz was a muse to the late designer throughout his career, while Lipa is a documented fan.

Where Is The Met Gala Held?

As the Met Gala in itself is a celebration of the upcoming Costume Institute exhibit, the red carpet takes place on the famous steps of the Metropolitan Museum of Art, located in Manhattan, New York. The invite-only gala includes a fabulous dinner and after-party, which follow a tour of the exhibit.

Who Will Attend The Met Gala?

The Met Gala boasts the most exclusive guest list in the world, always providing an absolute dream rotation of star. Some of the biggest attendees of past years have included: Lizzo, Kim Kardashian, Billy Porter, Ariana Grande, and Lady Gaga.

Though, last year’s gala was absent of some of the evening’s most anticipated stars (ahem, Rihanna and Zendaya), hopefully this year they will make their comeback.

How Do I Watch The Met Gala?

Several media outlets do live red carpet coverage on their social media accounts, but Vogue serves as the main source for livestream coverage. While the outlet has not officially confirmed as of publication, you can anticipate updates in the coming months — including, who will be the official red carpet host this year.

However, to keep the exclusivity of this event, cameras are famously banned inside the party. Apart from contraband bathroom selfies, fashion followers will have to get their kicks from the red carpet alone.