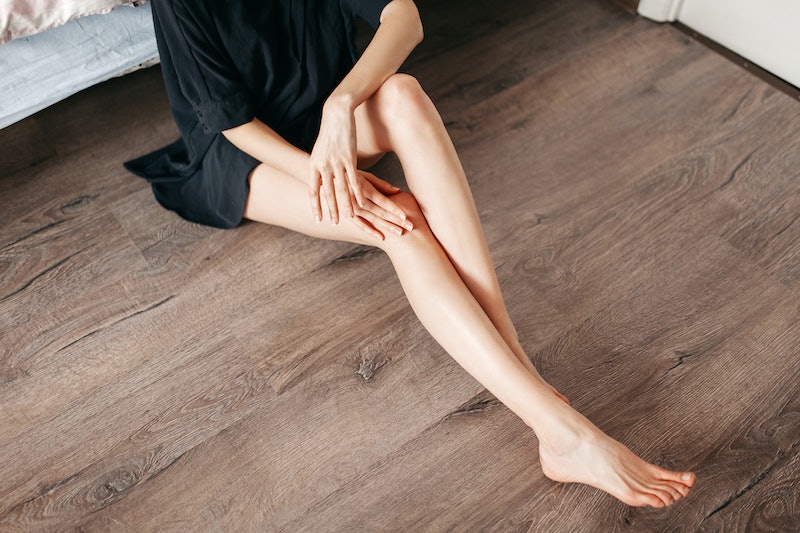 There’s a whole world of options when it comes to getting rid of unwanted body hair. You can get a threading treatment, laser it off, wax it, pluck it, shave it — the list goes on. But the sweetest method is none other than sugaring hair removal.

Yes, it’s exactly what you’re thinking: You use actual sugar to slough off strands. The sweet stuff is mixed into a paste and works similarly to waxing (hence why it’s technically called sugar waxing). “Sugaring is a natural hair-removal technique that pulls hair out by the root,” says Jade Haifa, master esthetician at New York City-based spa Daphne Studio.

This method is thought to be less painful than waxing, and a great option for sensitive or reactive skin — Haifa notes it’s completely hypoallergenic. Whether you’re looking to try the treatment at home or get it done professionally, here’s your guide to sugaring hair removal.

Sugar waxing can be done in a salon or at home with a sugaring paste or kit. When you get it done professionally, the concoction has a standard formula: “Instead of using wax, sugaring services use a paste made out of sugar, lemon juice, and water to remove hair,” says Haifa. And you can use it wherever — from your brows down to your toes (hey, no shame in that toe hair removal game).

According to Salome Sallehy, founder of brand Sugar Sugar Wax, sugaring is one of the easiest methods for hair removal at home — it just takes some getting used to. “Essentially, the wax is applied by hand,” she tells Bustle. “You scoop out the sugar, spread it onto the skin, and remove it with a quick flick, taking the hair, fuzz, and dead skin cell buildup with it.”

With sugaring at home, Sallehy says it’s important to know that not all sugar waxes are the same. “If you need strips and a spatula for application, then it’s cold wax that happens to be made of sugar,” she says. “You may as well use honey to wax. The consistency of true sugaring wax is thicker and more like tree sap. You should be able to hold it in your hands without it dripping everywhere.” When you find one that fits the bill, she notes you can reuse the wax up to 10 times.

The main similarity between sugaring and waxing is that both remove hair from the follicle, says Sallehy. But, other than that, they’re quite different. One perk of sugaring? “You don’t have to wait for your hair to grow out when you’re sugaring — as soon as you see a bit of a hair shaft it can be sugared,” she tells Bustle.

Another upside to sugar wax is its natural formula, which makes it much less irritating than waxing, according to Haifa. “Unlike waxing that sticks to live skin cells, the sugar paste only removes the hair and dead skin cells, leaving skin less irritated,” she explains. “It’s also applied at a lower heat than traditional wax.” Sugaring wax is only heated up to room temperature, whereas the high heat required for waxing can sometimes irritate the skin.

Application is another differentiating point. “Sugaring is applied against the hair growth and removed in the direction of hair growth, which is the opposite of waxing,” says Haifa. “This helps prevent breakage, which can lead to ingrown hairs.” The bonus of this? It makes the treatment less painful, says Sallehy.

Of course, pain is subjective. But experts agree that sugaring hair removal generally doesn’t hurt at all. “If waxing was an eight on the pain scale, sugaring would be a one,” says Salome. That’s due to its low risk of irritation.

“The only instances that someone might experience pain would be with virgin follicles that have never been removed and are surrounded by nerve-endings,” says Salome. “But if you’ve experienced waxing, you won’t feel a thing.”

How Long Do Sugaring Results Last?

When you first start sugaring, the optimal wait time between treatments is three to four weeks, says Haifa. “The hair needs to be at least 1/4-inches long or about the length of a grain of rice.” Once you start doing it more regularly, you can wait up to five or six weeks before needing to do it again.

The upside to sugaring? “With each session, hair grows back softer and thinner,” says Haifa. And, since there’s less breakage of your follicles when you slough off your sugar paste, the results tend to last longer than waxing, adds Sallehy.

Though the process sounds like a breeze — no strips or sticks required — it can be tricky when doing it yourself. “The application and removal can be challenging for someone to do at home who doesn’t have experience, so we always recommend seeing a professional for optimum results,” says Haifa.

Into trying anyways? Sallehy shares pro tips for making your first sugaring hair removal as effective and easy as possible.