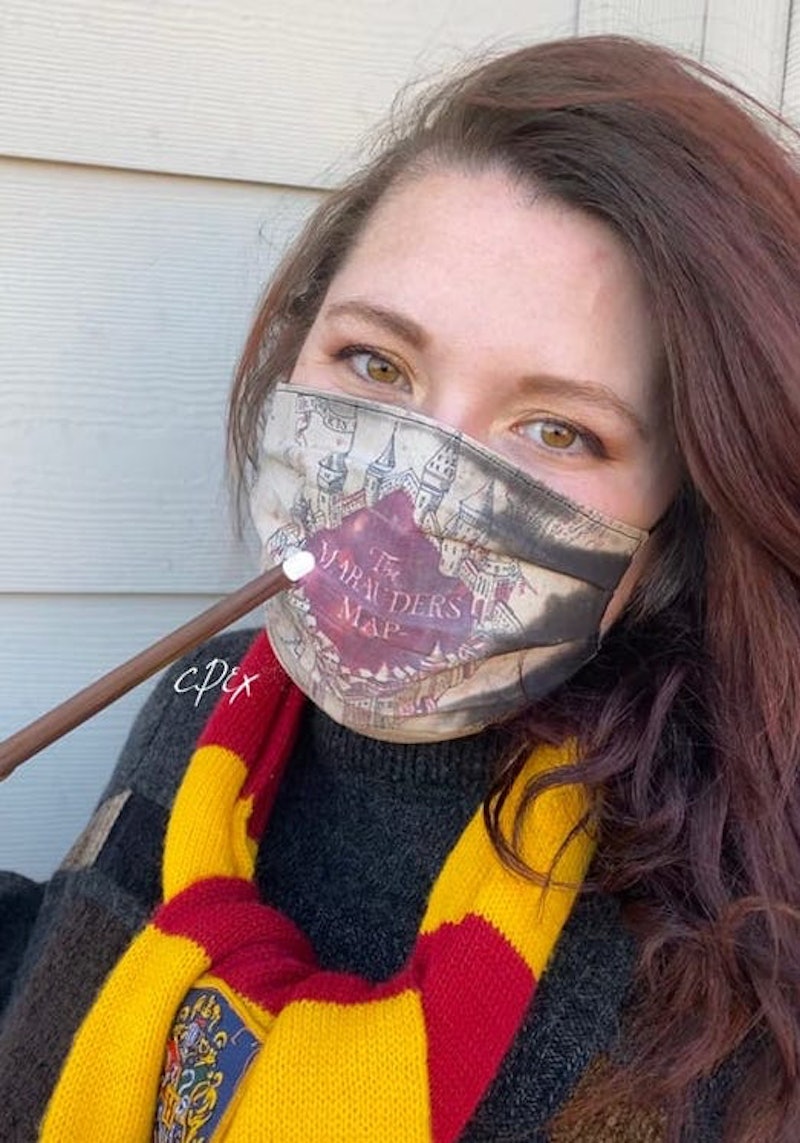 If someone told you last year that your fashion must have for 2020 would be a mask, you'd probably think they were being low-key rude. But, you know, 2020 has been a weird one and in trying times, it's great to see people styling it out. Many makers are getting in on the act and this Marauder's Map mask is a Potterhead's dream come true.

The mask is unique in that it begins as a dark charcoal colour but, as you breathe, the heat of your breath (I know, kinda gross) exposes the map beneath. The clever masks ($25.50 USD + postage) are hand made in Colorado by Colorado Pony Express and are available to buy via the seller's Shopify account.

Remember the Marauder's Map? It's the magical map from the Harry Potter books that first featured in The Prisoner Of Azkaban. The map in question only appears after a particular incantation ("I solemnly swear that I am up to no good.") and shows all of Hogwarts and those walking its halls.

Sadly, many fans of the books, films, and universe of Harry Potter were dismayed by recent transphobic statements made by its creator J.K. Rowling. Following a tweet from her personal account on June 6, she criticised and mocked the term "people who menstruate," which sparked a huge backlash from the transgender community and their allies.

Luckily for fans, those allies include Harry, Ron, and Hermione. Well, the actors that play them at least, all of whom have spoken out against transphobia.

In a post written for the Trevor Project website, Daniel Radcliffe said: "If you found anything in these stories that resonated with you and helped you at any time in your life — then that is between you and the book that you read, and it is sacred. And in my opinion nobody can touch that. It means to you what it means to you and I hope that these comments will not taint that too much."

If you agree with Radcliffe, and feel your relationship with the books can be separated from your feelings for the creator, then the Colorado Pony Express mask may have piqued your interest. Sadly the masks are currently sold out and preorders are also closed as the maker's gotta make make make make make. Keep an eye on the seller's Instagram account and Shopify in the meantime and you'll be in the know the minute they're available for preorder again. Plus she has lots of other cute Potter-related products for you to browse.