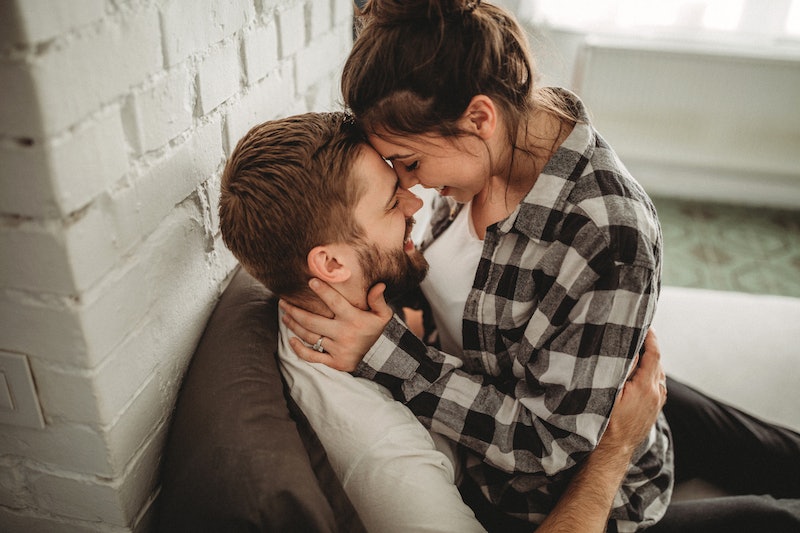 Whether you are a Capricorn or are dating one, there are quite a few important things to know about sex with a Capricorn. Because when it comes to getting it on, these folks can be quite complex.

As Suzie Kerr Wright, an astrologer and tarot card reader, tells Bustle, one of their most noticeable traits is that they quickly take charge, both in and out of the bedroom. Capricorns love to dominate any situation, and they aren't afraid to ask for what they want. It can be a bit shocking for more laidback signs, or for folks who are hooking up with them for the first time.

That said, Capricorns also have a softer side in bed. Since they are ambitious and want to be the best at everything they do, Wright says they try really hard to please their partners, even if that means slowing things way down, and being more sensual.

As far as their ideal match goes, a Capricorn/Scorpio roll in the hay is sure to be quite a treat. Both signs are into the kinkier side of life, but also like to connect on an intimate level, meaning this combination is tops. But whatever your sign may be, you can still have a great time. Here are five more things to know about having sex with a Capricorn, so you can make the most of your next hookup.

1. Capricorns Know What They Want

As Wright says, Capricorns are determined folks, and that means they aren't afraid to go after exactly what they want. If you're a Capricorn, this trait might manifest itself in the bold confidence needed to ask someone out — and potentially have a really great time in bed, as a result.

Once the lights go out (or stay on), you'll be happy to take charge and you won't be afraid to try new things, all in the name of having a good time.

If you're hooking up with a Capricorn partner, know that they won't be shy, even if it's your first time together. It may even be necessary to ask them to slow down and match your pace. While they want to be good and giving, they often need to be reminded that they aren't the only ones in the room — and that's OK.

2. They Value Being Single

As with any sign, some Capricorns will be looking to settle down, while others will be laser-focused on hooking up — and that's it. But in general, Wright says many Capricorns lean towards valuing their single life, over starting anything too serious.

She says they tend to get married later in life, and are likely to have many affairs along the way. So if you're a Capricorn, cut yourself some slack and have fun on Tinder. Don't pressure yourself to "find the one" if you don't want to, and instead enjoy meeting new people.

If you're dating a Capricorn, it may be helpful to go into it knowing where they stand. Chances are, they'll want to take things slow, Wright says, but some may eventually warm up to the idea of officially dating, if they feel an intense spark.

As the "CEOs of the zodiac," Wright says, Capricorns like being on top, both literally and figuratively. Again, they're happy to take charge in a really sexy way in the bedroom, and will put a lot of effort into getting their partner off. But they also like to be on top — think cowgirl, or reverse cowgirl — because it offers them a lot of control.

If you're the Capricorn in the relationship, chances are you find yourself in this position quite a lot, since it means you get to be in control of the pace, use your hands, and see your partner on full display. So don't hesitate to straddle them and go to town, if that's what you like to do.

5. They Can Be A Teeny Bit Selfish

Wright says it's not uncommon for a Capricorn to seem like they're giving in bed, when in reality they're just focusing on themselves. And that's something to be aware of both as a Capricorn, and as the partner of one.

If at any point it seems like they've checked out or are only thinking about their pleasure, don't hesitate to bring them back to reality. Remember, since this sign values being the best, you'll definitely benefit from telling them exactly what you like — and that'll be a win for all involved.

More like this
Do I Have To Tell My Crush That I Slept With Her Ex?
By Sophia Benoit
I Tried Sex Magick To Tap Into My Inner Sensuality
By Brittany Beringer
Bumble's "Compliments" Feature Lets You Message Before You Match
By Lexi Inks
Are Sagittarius & Aquarius Compatible In A Relationship? Astrologers Weigh In
By Kristine Fellizar
Get Even More From Bustle — Sign Up For The Newsletter

This article was originally published on Aug. 12, 2015