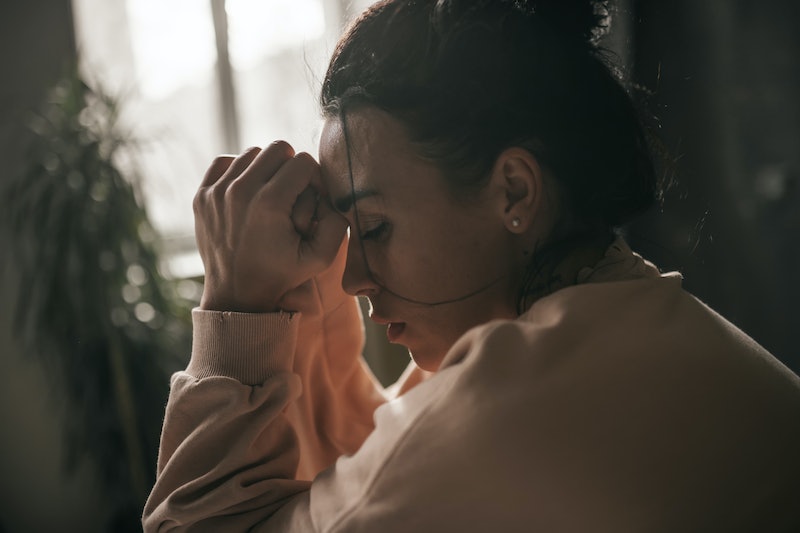 Many have been left understandably shaken by the death of Queen Elizabeth II, on Sept. 8. Along with mourning the loss of a monarch, the public is also coming to terms with the major transition now at play, following Her Majesty’s 70-year reign. Significant changes can have a strong impact, especially when we are being delivered new information on the unfolding situation minute-by-minute.

The passing of a major public figure affects people differently. Many have taken to social media to share their tributes, while others are no doubt glued to the news channels, waiting for updates on the Queen’s funeral and what comes next. Although dealing with the loss of a public figure is different to processing the death of a loved one, the grief can still be felt profoundly. For many, the Queen was seen beyond her role as the head of state. With her remarkably lengthy reign, most of us have only ever known one British monarch — a figurehead who has had a constant presence in our lives.

It doesn’t matter whether you knew her personally — you knew of her, and that’s what counts. When such a figure dies, it is easy to experience a sense of loss that is compounded with a feeling of distress that the rug has abruptly been pulled out from under our very feet. Below, Bustle speaks to experts and counsellors for advice on dealing with the grief and anxiety you may experience following the death of a public figure such as Queen Elizabeth II.

It’s been an eventful time in the UK, to say the least. We’ve only just had a new Prime Minister sworn in, marking another transition, and the cost of living crisis remains a prevalent concern.

Dr. Elena Touroni, consultant psychologist and co-founder of The Chelsea Psychology Clinic, emphasises that loss is a part of life, and so is change. “Ultimately, they are facets of life that we must accept,” she says. “It’s important that you be kind to yourself, be patient, and give yourself time to adjust to the news.”

Meanwhile, neuropsychologist Dr. Rachel Taylor, founder of (Un)Broken, says that grief and the initial emotional responses are “governed by what the Queen [had] represented to you and the people who are important to you, as well as the community you live in.”

In addition, she recommends taking the time and space to consider what the passing of such a huge presence means to you. “Good coping strategies for grief all start with acceptance,” she advises.

Former psychotherapist Valerie Ellis and Maria Bailey, founder of Grief Specialists, both point out that it might feel strange to mourn someone you’ve never met. The sense of familiarity with the Queen and the loss associated with her death may feel silly to some people, even as they’re grieving, which makes it harder to talk about.

“Try to stay with the feelings you have until you can describe them clearly to yourself, if not to anyone else. There is likely to be a mixture of feelings and thoughts and it’s fine to have lots of different perspectives on the same moment,” Ellis tells us.

Similarly, Dr. Elizabeth Paddock, bereavement psychologist at Untangle, notes the importance of opening up “It takes strength and courage to describe how you are feeling after a bereavement, and all too often, we avoid the conversation because we can’t find the right words,” she says.

You may well find that your current grief is surface-level and points to a deeper-lying trauma. Bailey, therefore, recommends taking the time to explore why you may be feeling such sadness. Has the Queen’s death brought out feelings you may have bottled up after a close bereavement of your own, for example?

Regardless of how you feel towards the royals, news coverage regarding the Queen’s death and her subsequent funeral proceedings are everywhere — and will be around for a good while yet. It is all rather hard to avoid, and you may find yourself struggling with the constant reminders.

Dr. Taylor recommends making a conscious effort to limit exposure to media, if this is the case. Social media channels have useful tools such as the blocking function, which can help to filter out the content you don’t want to see. In addition, she recommends: “Seek solace and comfort in areas of life that are predictable and certain.”

Even though “obsessively researching or reading about a death is a common grief reaction, and this behaviour is being stoked by the news coverage everywhere,” doom-scrolling on social media is definitely not recommended, says Dr. Paddock.

Reminding us that grief can also suddenly lift like a fog, she adds: “If it happens, don’t feel guilty. Allow yourself some happiness in the middle of it all.”

It is important to know that grief isn’t only a psychological experience — it can affect the body, too. “Physiologically, your body has experienced a trauma. Memory loss, confusion, an inability to concentrate or focus — these are common symptoms after a bereavement,” warns Dr. Paddock.

You should, therefore, remember to be patient with yourself while you process grief. Self-care is also paramount during this time, and being in nature or grief journaling could really help with overwhelming emotions.

Lastly, if you find yourself in need of professional support during these times, see below for available resources.

Untangle is a bereavement support app that helps people to navigate the admin and emotional challenges after a death.

Grief Specialists has free resources from grief experts, as well as a directory, if you’re looking for continued professional support.

Bereavement UK connects counsellors with those in need, and offers a free handbook.