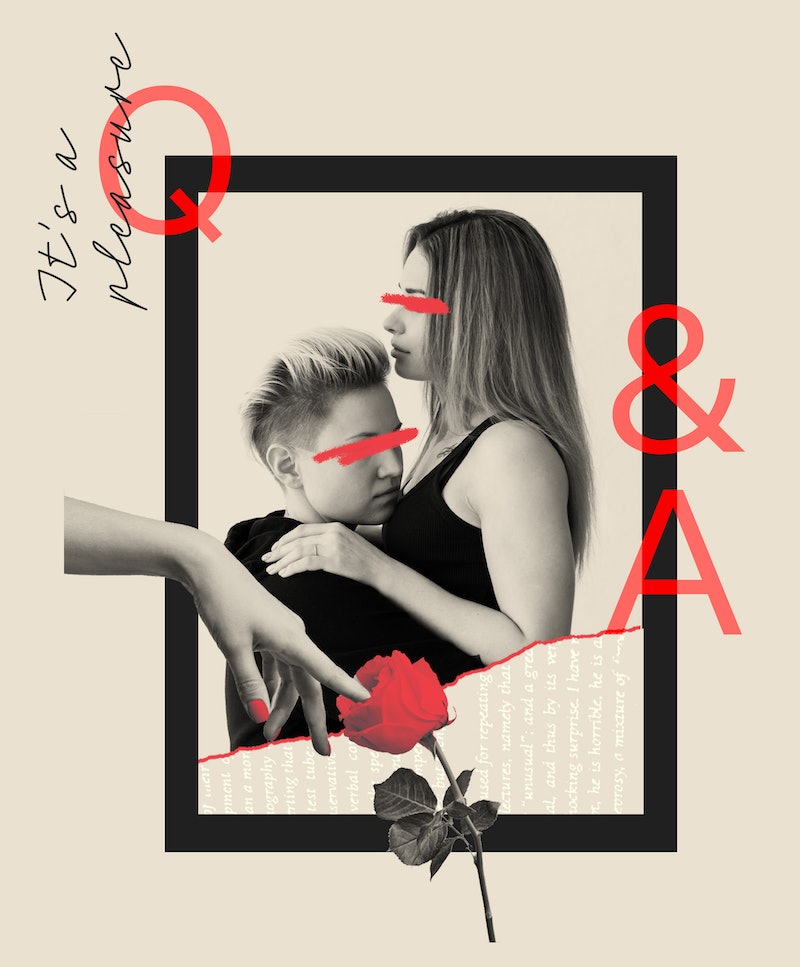 Alexey Kuzma/Stocksy
By Sophia Benoit
May 5, 2022
It's A Pleasure

Q: My girlfriend and I have been together for about two years. We’re both in our mid-50s, and we still have pretty strong sex drives. However, she will only have sex at a certain time, and that’s right before bed. There’s no negotiating this because, according to her, after sex she has to sleep — not a little 20-minute nap — two hours minimum. If she were to have sex during the day, she would zonk out for two hours and be worthless and wrung out the rest of the day. (We did have afternoon sex a couple of times early in our relationship, and this happened.) She has conditioned herself to be libido-less any time before 11 p.m.

I had this wild idea that if she wants sex at a time when I least want it, she could perhaps make it fun — seduce, flirt, tease. But no. She is blessed with a beautiful body, but she thinks she’s too old to arouse me visually. I’ve told her that her body turns me on, but she’d rather take a bullet than let me enjoy looking at it.

A typical night together: I do my best to stay awake until she comes out from her bath. She puts her pajamas on and scoots under the covers. We lay there and usually one of us makes a move. The sex is pretty good when it happens.

A: Let me introduce you both to a very special thing called… the two-hour nap. Either she can take one during the day and learn to enjoy it, or you can take one at 7 p.m. to be up and raring to go at midnight.

OK, I’m being cheeky. Your situation is frustrating. And some version of this mismatch in sexy time timetables is shared by thousands of couples worldwide. But there’s also more to this than just timing. It sounds like there are a couple of issues in your sex life that are all converging. And some of them aren’t even sex problems but rather communication ones!

Aside from the dilemma of timing, another problem I see is that you’re taking this boundary your partner has as her being in charge or as “pushing you around.” While I think you acquiesce to this parameter she’s drawn (begrudgingly!), it doesn’t seem like you actually respect it. You say “according to her,” and then say she’s actually correct! You have no evidence to the contrary! The “according to her”' is meant only to belittle her position and rule, to present it to me as unreasonable, when frankly, it doesn’t seem convenient or sexy, sure, but it does seem sensible.

The way you write about her is with sarcasm and a dash of contempt, which I think are worse signs than a frustrating sex life. I hear that you’re annoyed — it is dripping off of every sentence. And I don’t think it’s unfair to be! But my humble suggestion is that treating this like a you versus her problem is going to set you back rather than help you reach a solution. You seem to feel like she’s doing these things to you, which I don’t believe. In fact, I don’t think you do either. You assume that because she has one need that you’ve accommodated, she should then owe you something else, that she should have to bend for you. I’m here to break the news that relationships don't work like that. Not loving ones! Relationships are not transactional, nor are they fair. But the plus side is that when you really love someone, you often delight in them getting their needs met — even if it means something a little less than ideal for you. (Of course, I have to imagine there are other nonsexual parts of your life where she is very generous and giving.)

Instead of thinking that she wants this so we do it her way, I encourage you to reframe it as “sex at night works better for us as a couple.” Similarly, instead of she’s in charge of this and is pushing me around, consider it as “I’m very happy to work around my partner’s need, as she would work around mine.” Relationships should not be you versus me; they should be us versus the problem. And that’s what I would come to her with when you talk next. And I do think you two need to talk again.

The way I would approach this discussion is the more honest and the more vulnerable, the better. Use your own words, but I’d say something like this: “Desdemona,” — I’m assuming her name is Desdemona — “I love you, I love our relationship, and I really love having sex with you, but I’m getting frustrated about a couple of things, and I want us to talk about them to see if we can come up with something together. I feel like our sex life is not very spontaneous, that it’s kind of repetitive or uninspired right now, and that really bothers me. I also feel like you’re uncomfortable showing me your body, which makes me feel very sad, like we aren’t intimate enough or something. I’m sad that you don’t trust my opinion of how hot you are; I’m not asking you to feel the same way about your body as I do about it, but I’d like us to expand what we do because I really enjoy having sex with you and it makes me feel loved and close to you, and right now it’s not working for me. What can we try?”

Please understand that you are not going to magically say some words that are going to turn her into someone who walks around the house nude, tackling you for midafternoon bang sessions. But you two can work on ways to make sex more fulfilling for you within her parameters. Maybe you two take baths together. Maybe you have sex with the lights on and she’s blindfolded. Maybe you have middle-of-the-night sex where she can fall right back asleep. Maybe she watches porn with you while you get off and then later at night, you two have sex again. (There’s no law saying both people have to orgasm during the same sex session.) There’s room for change and possibly improvement.

I want to be clear that I don’t believe you have to compromise good sex in order to have a good relationship! (My whole job is predicated on the opposite!) But I do think that occasionally people have to compromise the exact sex life they want or imagine in order to have a relationship with one specific partner. And that sucks! That is one of the Biggest Bummers of All Time. There are, no doubt, many people out there who would love to have pretty close to the exact sex life you also want in your imagination — spontaneous, teasing, fun, lights on, bodies exposed. I’m sure all those people are lovely and that you would have fantastic sex with them. But would you want to talk to them? Would you want to go on vacation with them? Would you want to put out a small kitchen fire with them? I don’t know.

This isn’t to suggest that sex isn’t important. A lack of sexual compatibility is a reasonable dealbreaker. Your partner is ostensibly the only person or the main person you’re having sex with — of course, you want it to be bangin’ hot magic! If you read all of this and then think, “Yeah, but all the goodness with her isn’t worth this sex life for the next X years we’re together,” that’s OK! I'd still suggest you have a few more talks and see if there’s any room for any development in any of the categories above. Maybe a small change feels like a whole new sex life! But if things don’t get better — and very rarely if ever can one person make things improve on their own — then you’re not cruel or unreasonable for walking away. You’re allowed to go boldly after the sex life you want. Sex is important. Sex is valuable. You both deserve good sex. Unfortunately, good sex also takes a lot of work.

More like this
Should I Break Off My 4-Year Relationship For A Woman I Just Met?
By Sophia Benoit
I'm 42 & I've Never Had Sex. Is It Too Late?
By Sophia Benoit
Should I Be Friends With My Ex If I'm Still Not Over Them?
By Sophia Benoit
How To Know If You’re A Hopeless Romantic Or A Hopeful Romantic
By Jessica Estrada
Get Even More From Bustle — Sign Up For The Newsletter