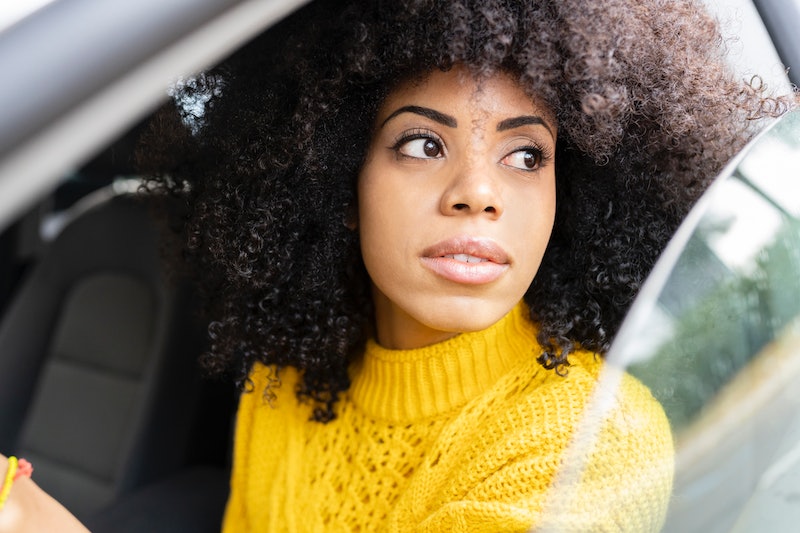 If your relationship is starting to fall apart, your first instinct might be to cling to your partner, talk 24/7, sift through each other’s every emotion — whatever might help you feel close again. Experts say it’s often easier to revive a broken relationship with space than to mend a rift by being all up in each other’s business.

This is especially true if you’ve tried to work through your problems but haven’t been able to have a meaningful discussion. Suppose you keep arguing or shutting down. In that case, the conflict is a sign that stress has taken over and caused a “fight, flight, or freeze” response, Dr. Sarah Rattray, a couples psychologist and founder and CEO of the Couples Communication Institute, tells Bustle.

“When you are in that fight-or-flight state, productive conversations and a rekindling of warmth and connection are almost impossible,” she says. Whether it’s due to ongoing arguments or intense worry that your relationship is about to end, your body will experience it all as “danger” and make it difficult to function. By spending time apart, however, cooler heads can prevail — and you might even be able to figure out what’s wrong.

Space can also fix a relationship that’s crumbling due to loss of individuality. While you’ll most likely want to spend lots of time together as a couple, problems might arise if one or both of you is too dependent on the other to fulfill all their needs, or if your needs are never prioritized, Lauren Pass Erickson, MA, LPCC, R-DMT, a somatic therapist, tells Bustle.

Spending time apart can make your relationship a whole lot healthier, Erickson says, because it gives you both a chance to reconnect with your own values, desires. It’ll be easier to connect in a genuine way after you’ve had some space, as well as a lot more exciting. And who doesn’t want that?

How To Give Your Partner Space

If you think it might help give each other space, start by acknowledging the problem and then agreeing on how much space you’ll both need. “Let each other know that you’re doing this to calm down and relax so that you can return to each other and work on your relationship together,” Rattray says.

That'll create a different vibe than storming off out of anger or shutting down due to frustration. “Reassure each other that you’re not rejecting or abandoning each other,” she says, but instead taking care of yourselves so that you have the peace and calm that’s necessary to talk in an open, honest, and helpful way.

From there, take twenty minutes — or however long — and do your own thing. No talking, texting, or arguing allowed. Use the time to take deep breaths, Rattray says, to relax in a hot shower, talk to a friend, etc.

Avoid staying revved up, though, and “reliving in your mind what irritated you about your partner,” she adds. “Intentionally relaxing and then returning to each other with a fresh, calm state of mind will open the door to reviving your relationship.”

Taking five in the middle of an argument works wonders. But it’ll also help to practice focusing on your own individual needs now and going forward in your relationship as a way of creating more space. You might want to pick up a hobby or revisit an interest you love but haven't had time for. “This will provide a nice break as well as a chance to reconnect with a lost part of yourself,” Erickson says.

It would also be hugely beneficial to put some energy back into friendships, especially if you’ve lost touch due to ongoing relationship problems. “Spend time with your friends without each other around,” Erickson says. “Socializing apart is a healthy way to maintain independence and cultivate a positive community that will support your relationship in the long run.”

While you might not be able to snap your fingers and magically fix a broken relationship, giving each other space to cool off, think, and reconnect with personal interests can certainly be a step in the right direction.

More like this
Is It A Rebound Relationship Or The Real Thing?
By Carolyn Steber and Lexi Inks
How Do I Deal With Both ED & Premature Ejaculation?
By Sophia Benoit
Is It Bad That I'm Not Interested In Sex Or Dating Right Now?
By Sophia Benoit
7 Women Share Their Best Orgasm Stories
By Lexi Inks
Get Even More From Bustle — Sign Up For The Newsletter