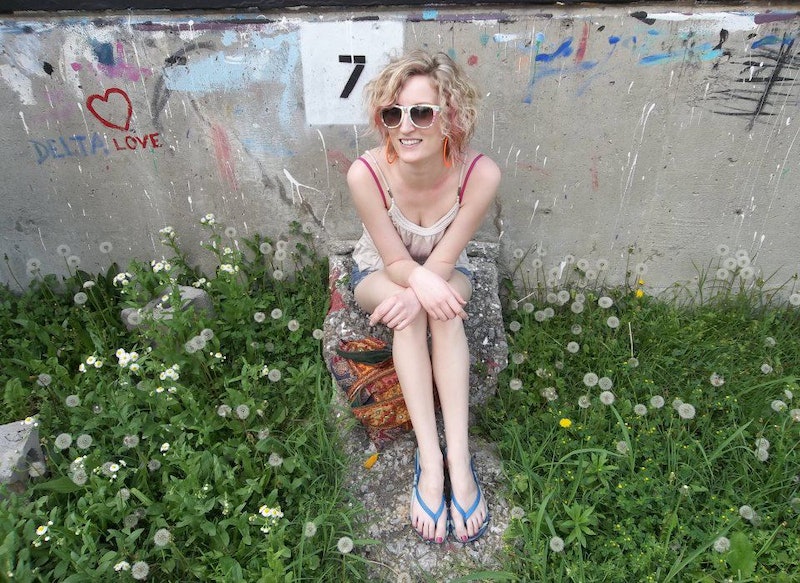 When I started college back in 2008, I was all about the academic side of things. Since the only thing funding my college education back then was scholarships and grants, I kind of needed to be. Plus, I wanted to please my supportive (and kind of strict) parents, and I basically saw myself as the muggle version of Hermione Granger. I started my freshman year off studying every night that I wasn't at work, and turning papers in days before their deadline. Actually, that's pretty much how I spent the first two years of my college experience. But when I transferred from my hometown's community college to a four-year university at the beginning of my junior year, I began to discover that there were so many things I would learn in college that had nothing to do with academics.

Obviously, my advice isn't to party your grades away, but I would say that college is going to educate you in ways that have nothing to do with your major. You're going to learn so many things that your professors could never teach you, and I'll tell you right now, some of those lessons will suck super hard. But some of them will be a friggin' blast, and probably none of them will register as having been learned until after you've graduated.

So, whatever year you're in, don't get too hung up on the occasional B, or even C; there are so many important, fun, ridiculous, life-changing things college will teach you that have nothing to do with books or grades. Here are seven things I know I learned.

1. Falling In Love Is Crazy, But You Should Do It Anyway

My first love happened in college and lasted until just recently. Falling in love with him (and staying in love with him) was awesome and miserable and scary and fun and painful ... and also a little stupid. But I don't regret any of it.

Falling in love in college might make your grades suffer a little bit, and it's quite likely that your college loves will eventually crash and burn — but it's also possible that they'll last a lifetime. Either way, falling in love will teach you so much about who you are, who you want to be, what is and isn't OK in a relationship, and what you need in a partner.

2. You Really Can't Live Off Of Fast Food

I can't count how many late night Taco Bell runs I went on during my college years. It's so easy and convenient to eat tons of fast food when your time is stretched so thin between studying, interning, working, and socializing, but you're going to learn not to overdo it. Listen to your mom, and eat something good for you once in a while. By my senior year I was keeping healthy snacks (like V8's, granola bars, and unsalted almonds) in my book bag just so I could keep up without having to forego eating.

3. Weed Is Fun, But Moderation Is Key

People are also going to tell you, "don't smoke weed in college," but I think they're wrong. I mean, obviously don't smoke weed in college if you don't want to, but college is a great time for experimentation, and when you get out of college you may not have the option to indulge in the stuff at all, depending on your future employers drug testing practices. I smoked so much weed my last two years of college, but I honestly don't regret it because it was really fun. Fortunately, I still managed to graduate with honors because I learned when I could smoke and when I needed to say, "nah, I'm good."

If you do choose to smoke weed in college, you're going to learn the importance of moderation, too. Because Mary Jane is a blast, but she will convince you that binge-watching Family Guy and cuddling your partner is more important than studying if you let her. Also, that crap's expensive.

I'm not a big drinker, and I feel very differently about alcohol than I do about weed, even though booze is legal everywhere and pot isn't. But I did conquer a few beer funnels in college, played some beer pong here and there, and kept a bottle of blackberry wine in my kitchen most of the time. I enjoyed drinking socially in college, and you probably will too. But not only is alcohol straight up dangerous if used irresponsibly, hangovers are torturous when you have an eight a.m. lecture that you just can't miss. Proceed with caution.

5. Sometimes, Sex Is Worth Skipping Class For

I'm not saying you should make a habit of skipping class to bang, because that would be really stupid and wasteful. I will tell you this though: I don't regret any of the rare occasions when I chose to skip class so I could get it on with my boyfriend instead of listening to my professors talk about Faulkner or Kafka. I learned a lot of things that I really needed to learn about sex (and my own sexuality) in college — and you probably will, too. Just be safe, and don't make your sexual choices for anyone but yourself.

6. It's OK If You Have To Borrow Money

I feel like most college students are trying to prove that they're legitimate adults, and I totally get that. You're finally getting a little independence, and you don't want to blow that by admitting you can't do everything on your own. Well, guess what? College will teach you that you can't become an adult without asking for help occasionally, and that you will never reach an age where you have it all together all the time.

I hated having to ask my parents for money when I couldn't make rent, (even though I worked almost every day) and I hated having to take out a student loan in my last semester. At the time, I saw having to borrow money as a personal failure. But college taught me that sometimes you simply have to ask for help, (financial or otherwise) and it's nothing to be ashamed of.

7. It's Better To Live Honestly Than To Hide Who You Really Are

This is a lesson all of us will probably continue to learn throughout our lives, but for me, it began in college. I grew up in a very conservative, Christian family, and I was homeschooled from kindergarten through 12th grade. So it wasn't until my last two years of college (after I'd moved away from home and had my own place) that I truly felt free to just be my inappropriate self.

Although I did struggle some with being open about my not-so-conservative lifestyle at first, the independence and distance that college life allows taught me it's better to be open and honest about who you are (even if your loved ones struggle with accepting it) than it is to try to be someone you're not. I became so much happier when I started being open about my life, and my family ended up respecting me for it. College taught me that living honestly is so much more fun than worrying about the opinions of others, and hopefully it will teach you the same thing.