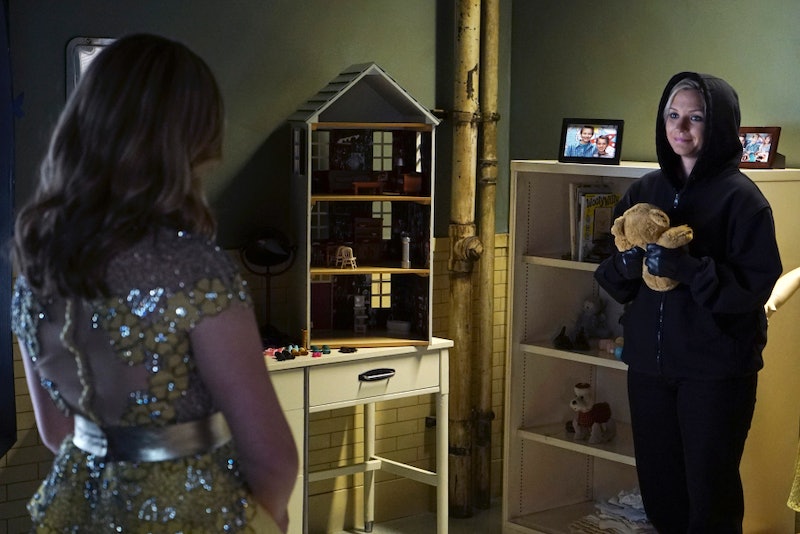 I know I should be thankful for I. Marlene King finally revealing the identity of Big A as CeCe Drake on Pretty Little Liars , and I am. But now that we have this answer, it's spawned even more questions in my mind. Like how in the hell did all of this happen? While I'm not disappointed, per se, between everything that happened in the so-called Summer of Answers and the impending five-year time jump, there are plenty of questions Pretty Little Liars Season 6B needs to answer when it premieres next year, especially if I'm going to keep slogging through season after season of creepy dolls and incompetent police work.

I think that in the time jump, the Liars' relationships will take center stage. Most likely, Toby will still be with Spencer, Hanna will still be with Caleb, Ezria will still annoy the crap out of me, and Emily will be dating someone new, since her Season 6A girlfriend turned out to be both Red Coat and Black Widow. However, while 'shipping is what makes a show go 'round (and Twitter explode), I'm not here for the love lives of our main characters. There are more important matters at hand for Season 6B, so here are all of the questions I want to see addressed when Pretty Little Liars returns, some of which are also addressed in Bustle's podcast Taking This One To The Grave , found below.

1. What happened to all of Radley's patients?

3. Why was Bethany in the DiLaurentis' yard in the first place?

4. Who hated Jessica DiLaurentis enough to murder her?

5. How did CeCe not see her mother's killer?

6. Why did Ali's wardrobe go from trendy teen to soccer mom?

7. Will Paige ever give a decent apology for that time she tried to murder Emily?

8. Has Toby been kicked off the police force yet?

9. Has the Rosewood PD just been disbanded in favor of an all police dog force that could do a more adequate job?

10. Why did Radley have a broken doll wing that Mona was constantly escaping to?

11. Did Aria's hair experiments calm down in college?

12. When did CeCe learn how to cut hair so well? She gave Aria a pretty chic bob

13. Did CeCe even know the girls while she was in college?

14. Will the show ever acknowledge the huge timeline discrepancies with Toby's mom's death?

15. What was Bethany and CeCe's relationship like after the Marion incident?

16. Did Lorenzo get a better job far, far away?

17. How did Ali get a job teaching at Rosewood High School?

18. How did she get a teaching degree in those five years if she was already behind in high school?

19. Who did she marry during that time?

20. Is CeCe in a mental hospital again?

21. How long will it take for her to break out?

22. To where has Jenna fled? Can she please come back?

23. Will Mike and Mona be together five years from now?

25. Are we seriously just going to give up all the evidence of Wren being a sleazy doctor with a bigger agenda?

26. How and why did Sara get involved with CeCe?

28. Can Jason and Aria run away together and make beautiful babies?

29. What happened to Clark after everyone found out he was an undercover cop?

31. Why does she matter in this story?

We Pretty Little Liars fans have so many questions, and right now, there are so few answers. Let’s hope that at least some of these issues are addressed when Season 6B introduces us to the grown-up Liars in January.