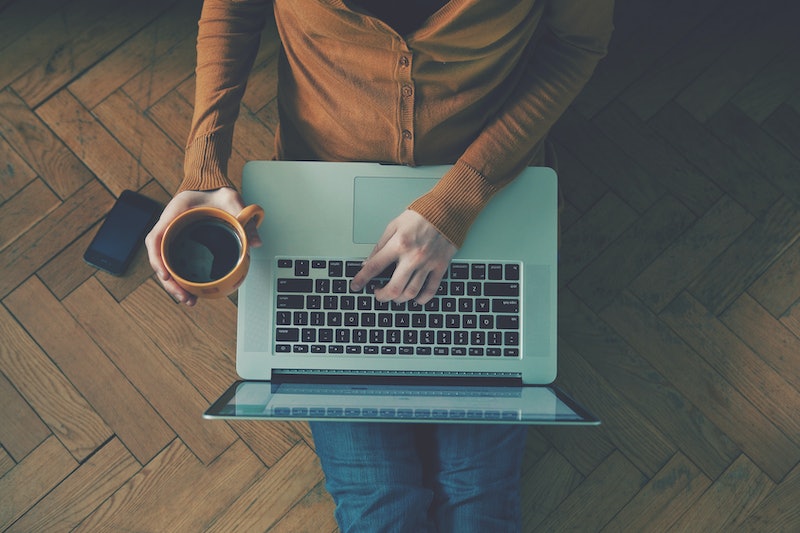 By the time I hit my mid-thirties, I’d held over 60 jobs in my life. I’ve worked as a telemarketer, circus usher, casino banker, and celebrity chat typist. I’ve toiled alongside compulsive liars, criminals, and billionaires. I’ve watched Internet companies burn through millions of dollars of venture capital without any discernible business plan, been subject to a mid-meeting death threat, and once unwillingly participated in a staring contest with a drug dealer’s pit bull — all on company time.

Whether you consider this number an impressive achievement or a monumental failure is a matter of interpretation, but my collective experiences have taught me a lot — some lessons that were crucial, and some that were too specific to be of general use. I’ve learned that the recently bereaved are rarely emotional when you contact them to write their loved one’s obituary, celebrities are disinclined to pay for anything, and homeless teenagers will give you a fake name until you’ve earned their trust.

I’ve also learned a lot about the nature of performing tasks in exchange for money, the commonalities of human behavior across all fields, and the best way to get through the day with a minimum of unpleasantness. Here are my hard-won tips:

1. When a coworker confronts you about one of your personal habits that bothers them, it probably bothers everyone.

If Jessica from marketing asks you to please stop eating tuna fish sandwiches at your desk, know that you have already been the subject of multiple hushed conversations in the break room about how the smell permeates the office, and Jessica is delivering the news simply because she drew the short straw.

2. Always chip in for group gifts unless you’re completely broke.

It doesn’t matter if the rate of pregnancies at your office is so high that it seems like your department’s main purpose is repopulating the earth. When the email goes out asking for contributions for a gift for your coworker’s new baby, kick in the $5 for the gift every time. You don’t want to be the person whose name is conspicuously left off the card.

Conversely, if you’re in charge of collecting money for a coworker’s gift, it’s better to put “from the whole gang in Group Seven” than to name every individual contributor, and by extension, note everyone who failed to chip in. Some people might have been on vacation during the collection, or be really strapped for cash. Why not be a sport and cover for them?

3. Learn your boss’s personal quirks and work around them.

On a certain level, you and your boss are simply two humans with your own personalities, likes, and dislikes, who should be respected as human beings and treated as such. In another, very real way, one of you can fire the other one at will. I’m not suggesting you compromise your ethics and sublimate every need you have to make that relationship work, but if your boss is a morning person and you’re not, and you want a raise, approach her first thing. If he’s not an abstract thinker and you want to pitch a new window display for your store, do a mockup in Photoshop.

4. Politely avoid the jerks you have to work with.

Shortly after I graduated from college, I worked at Sesame Workshop in Manhattan, and sat kitty-corner from an incredibly unpleasant vice president whose chief hobbies consisted of complaining about her $300 haircuts and making her assistants cry. One day, over a year after I started working there, I got my hair cut quite short and she introduced herself to me as if I were a new employee, obviously not remembering my face from the dozens of times she’d run up to my desk to loudly shush me, her finger over her lips, while I was on the phone. I barely made eye contact with her during my tenure, and did my best to speak more quietly. She was eventually fired.

5. Know that your personal fulfillment is often secondary to getting the job done.

I worked in the writer room of a notorious dot-com at the beginning of the Internet boom, and two of my coworkers repeatedly complained when the legal department edited their content because they felt their artistic vision was being compromised. As the granddaughter of a coal miner, I can assure you that no coal miner has ever said anything remotely like this.

6. When you’re in charge of people, you can’t be friends with them.

No matter how fair you are as a boss, people will resent some of your decisions and talk about you behind your back. You should be fair to your underlings and mentor them when possible, but if you’re writing the annual reviews that determine their career trajectory, that power dynamic will always underscore the relationship.

7. You have to self-promote if you want to move up the ladder.

If you're looking to get promoted, quietly doing your work and not drawing attention to yourself is not always the best way to go about it — sorry, introverts. This doesn’t mean you have to obnoxiously proclaim your awesomeness in public forums, but it does mean you should speak up in meetings, make suggestions, and ask for raises and promotions if you think you deserve them. If you do not have the initiative to do any of these things, you may lack the leadership skills to be in a position of authority, anyway.

8. Communicating what you’re doing is as important as doing it.

If the manager of your restaurant wants you to replenish the sugar packets, don’t just refill them, refill them and report back. It saves him the trouble of checking, and associates you in his mind with a successfully completed task.

9. If you’re slacking, everyone knows it.

Your coworkers have noticed, and, once it gets bad enough, they will gossip about it.

If you are a responsible person who does what you’re asked, anticipates the occasional need, and is perceived as a team player, that puts you ahead of a lot of other people out there. You don’t have to be absolutely killing it to do well.

11. You can do something important for someone, even if you have a seemingly "unimportant" job.

When I worked at the sausage and cheese specialty store Hickory Farms as a teenager, a man asked me to help him find a type of cheese his mom used to feed him as a kid, which she’d referred to as “monster cheese.” I thought for a minute and sliced off a piece of Muenster cheese for him to try, and he nodded happily when he bit into it, leaving with a pound. Not until later did I realize there was probably a reason he couldn’t just ask his mom directly.

I used basic algebra to help calculate a timewarp effect as a video editor, and my fourth-grade knowledge of percentages to crunch numbers from a poll on a tween site assessing the comparative popularity of Christina Aguilera and Britney Spears. Thanks, Ms. Olsen!

13. Don’t overestimate your importance to your employer.

This means both a) take your vacation already, everyone can live without you for a week, and b) you should never assume you’re a special snowflake who can’t be replaced. Companies don’t often grind to a halt because one person leaves.

14. Go out of your way to give credit to people.

If someone thanks you for doing a good job on a project and you publicly point out two coworkers who provided invaluable input, they will appreciate it and it will not detract from your success at all.

15. When you manage people who do good work, it makes you look good.

Sometimes insecure bosses will feel competitive with their underlings, going so far as to take credit for their ideas. This is not only unethical, but shows a poor understanding of how good work reflects on management.

16. You can put up with a really terrible job for a short time.

I once had a temp job numbering pages for three consecutive days. Three entire days. I literally wrote numbers in pencil on the upper right of a series of architectural documents, renumbering them as some documents were removed and others added. I did this without respite, almost going mad with boredom, until on the third day we had an impromptu fire drill. It was as close to a miracle as I’ve ever witnessed.

17. It’s a mistake to make your job look too easy.

You don’t want to be known as a complainer, but if you don’t occasionally point out that you’re doing something difficult, you will never get credit for doing challenging work.

If you like what you’re doing and are offered a promotion to a position where you’d enjoy your job less, you can always say no. Really.

19. Sometimes the soft sell beats the hard sell when it comes to getting a job.

When I was in the seventh grade, the Mullen family, who had two young children, moved in three houses down. My next-door neighbor immediately knocked on their door to offer her services as a babysitter. A day or so later, when Mrs. Mullen saw me playing with her kids on my swingset with no obvious agenda, she offered me the job instead.

20. Someone can be a personal mess and a professional success.

I heard Dr. Drew of Loveline once say that male addicts in particular will neglect their kids, their health, and their marriages, yet keep it together at work until the bitter end. I believe it.

21. Everybody thinks they work in a crazy place.

It’s the work equivalent of everyone thinking their drinking stories are absolutely nuts. Either everybody’s wrong, or everybody’s right.