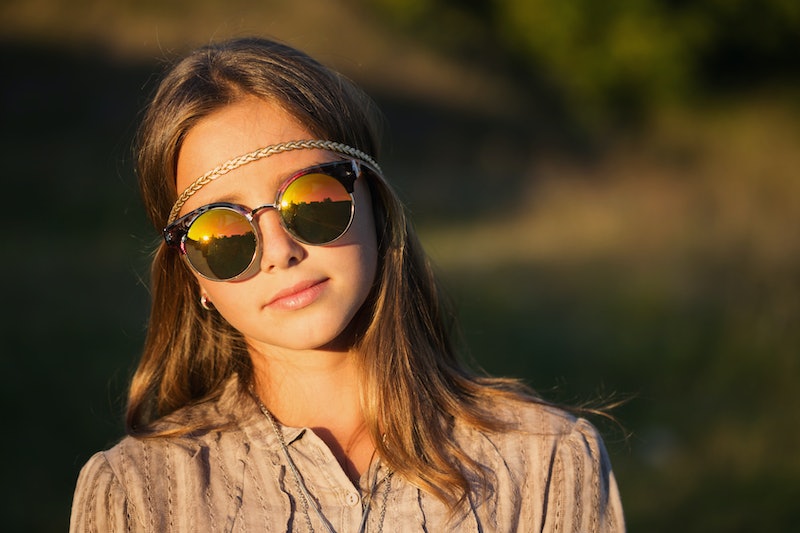 When you first start dating, it’s exciting stuff. Everything is new, and the nerves and the butterflies in your stomach are non-stop. You'd pore over magazines and websites looking for dating advice for teens on how to be effortlessly cool and you'd follow each tip with exact precision. Honestly, it’s not much different than it is now, but of course you were less jaded then.

Yes, once upon a time dating wasn’t a hassle, you didn’t cringe at whatever incoming messages you got from Tinder or OKCupid, and you genuinely felt like anything was possible. You firmly believed that love was something that actually happened to people and you were definitely going to be one of those people: You and Johnny Cakes, the quarterback for the junior varsity football team, were going to ride off into the sunset on a white unicorn to live happily ever after! You remember those days, don’t you? Sort of; maybe?

While your outlook on dating may have changed, it doesn’t mean you should totally put all of those ideas and dating techniques on the back burner just because you went and got old. Instead, you should embrace how you went about dating during those awkward preteen days and use them to inject some some into your dating life now. Here are nine dating tips to steal from your younger self.

1. Holding Hands Should Be Treated Like The Big Deal It Is

Have we forgotten just how fun holding hands can be? Back in the day holding hands meant you were practically on your way to the chapel, because it really was THAT big of a deal. We need to bring that back. Studies have even found that holding hands with someone you’re crazy about doesn’t just make you swoon, but relaxes you and lessens your anxiety.

When you’re 12 and “dating,” you’re not exactly going to jump into bed with someone after three dates, because, well, you’re a child at 12. Instead, kissing, holding hands, and keeping it simple really goes along way. Besides, once you have sex with someone, there’s nothing left to look forward to after that, except getting creative and trying out a 100 different sex positions, but still.

Although the peer pressure that one experiences at 12 is far more intense than what you experience at 28 because you finally get that your peers aren’t actually all-knowing, it can still be tricky. When it comes to dating and relationships, you need to remind yourself that you’re all on different pages. If everyone you know is talking about getting married, it doesn’t mean that it’s right for you, too.

4. It’s Normal To Have Weird Standards

When I was in seventh grade a boy named James wanted to “date” me ― aka hold my hand while we walked around the mall ― but after one trip to the movie theater with him, I had to call it quits. Why? Because I didn’t like his haircut and I knew I was never going to get past his haircut (he looked like the fifth member of The Beatles). Yes, it was shallow, but it taught me that delusional standards are sometimes necessary, because it’s probably an indication of something else you don’t like about them, but you just can’t pinpoint it.

5. Kissing Someone Else Should Be Considered Cheating

Since all you’re doing as a preteen is kissing and maybe some second base action, kissing someone else back in those days was likely considered cheating and the type of thing that would rip two 12-year-olds apart. Because kissing is so intimate, and actually far more romantic than sex in many ways, kissing should absolutely be considered cheating even when you’re adult. It may seem like child’s play, but there’s more to it than that when you really think about it.

6. Watching TV For Hours Actually Makes For A Great Date

Back when you couldn’t drive and having your driver’s license was still four or five years away, if neither one of your parents dropped you at the mall or movie theater, “dates” usually consisted of hanging out on the couching, holding hands, and watching TV for hours. Now, who sees a problem with this?! In fact, this just might be the greatest date of all time ― you get to save money, catch up on whatever show you're binge-watching, and your couch provides the perfect spot for cuddling all night long. Order in some pizza, and it really is the best date ever.

7. You Can Never Go Wrong With Group Dates

Group dates, something we all did as preteens, are always a good idea. For starters, having your friends with on your date is a great way to break the ice and secondly, things are just more fun when you’re in a group. Think of all the fantastic memories you had cruising around a roller-skating rink with your BF and your BFFs in tow.

8. Let Yourself Be Excited And Show It

9. Dating Is Supposed To Be Fun

Say WHAT?! I know! You’ve totally forgotten this aspect, but it’s true. Dating is supposed to be exciting and evoke happy nervousness and butterflies. It’s not supposed to be exhausting and painful. If you no longer find dating fun, then it’s time to take a break from it and come back when you can look at it with the same naïve eyes you did at a 12-year-old. Naiveté isn’t necessarily a bad thing.

Want more of Bustle's Relationships coverage? Check out our video on what it's like to be a bridesmaid for hire: