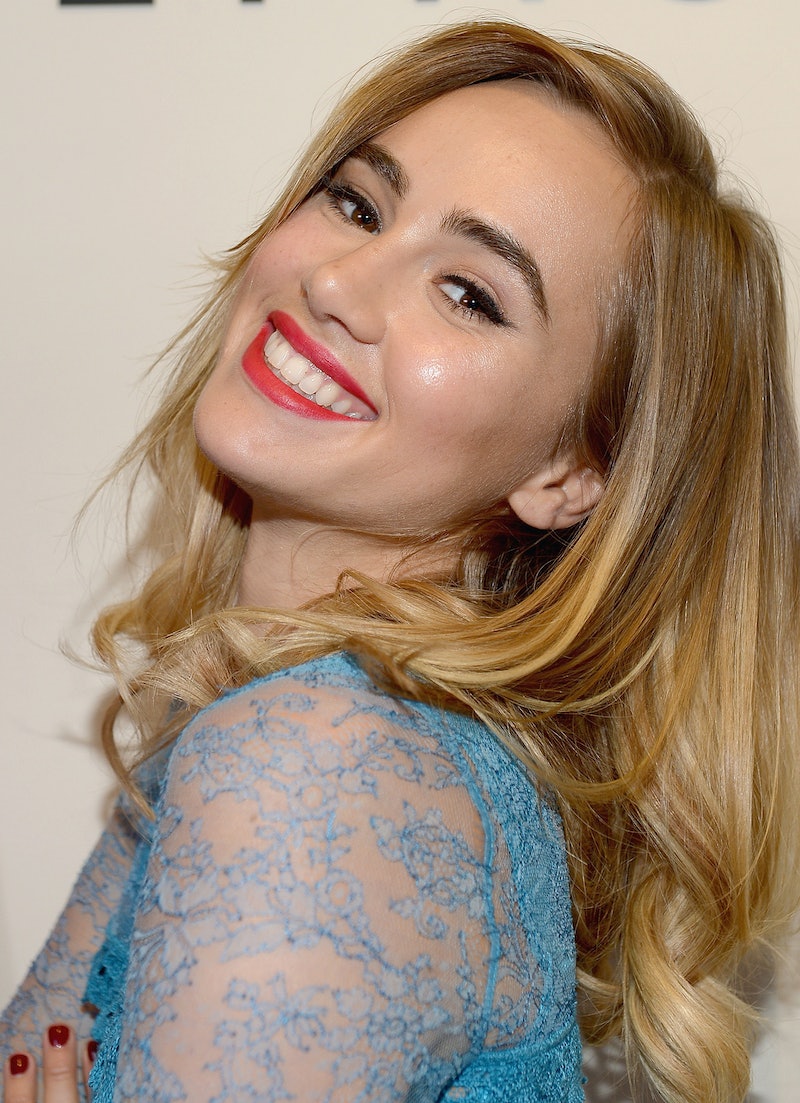 I think we can safely agree that New York Fashion Week is pretty much fabulous all around — after all, one day you've got Julianne Moore and Jessica Chastain rocking the minimalist look at Ralph Lauren, and the next you've got Kate Upton absolutely killing it in an asymmetrical sequined LBD and Katy Perry going full bombshell in red hair at the Harper's Bazaar Icons Party. That said, few people are living more glamorously than Suki Waterhouse. Whether it's dancing it up backstage with her up-and-coming younger sister, Immy Waterhouse, at Tommy Hilfiger (yep, looks like the Waterhouse girls are the next sister act to take over the fashion world — watch out, Gigi and Bella!), or hanging out with mostly naked cowboys outside of the Sephora in Times Square, it looks like she's basically having the time of her life.

Waterhouse has always been quite the stylish It girl (personally, I'm still not over the gorgeous-yet-quirkily whimsical embroidered Valentino showstopper she wore to the Harper's Bazaar Women of the Year Awards), and this particular NYFW is absolutely filled with personal bests — on and off the runway. So, with all that in mind, let's take a look at some of her best NYFW outings:

1. At the Harper's Bazaar Icons Party

Okay, that is some seriously well-deployed disco-glam Alexandre Vauthier, no?

2. Demonstrating Some of the Best Street Style in the Biz

Heart-printed Burberry? Sign me up as soon as I win the lottery.

So colorful, and so, so, so pretty. Also, apparently this happened:

4. Relaxing After All the Runways

That is one fabulous red coordinated suit.

If this selfie doesn't make you want to pick up everything and run to the nearest department store to pick up that particular shade of Burberry lipstick, you're a stronger person than me.

Basically the epitome of the whole "model off duty" look.

7. Hanging Out with Her Sister at Tommy Hilfiger

Christmas card material, amirite? Also, there may or may not have been some interpretive dancing going on:

Oh, and here's the best part: Even after all of the NYFW stylishness, I'm sure Ms. Waterhouse is headed towards an even more fabulous London Fashion Week — so we've all got that to look forward to!