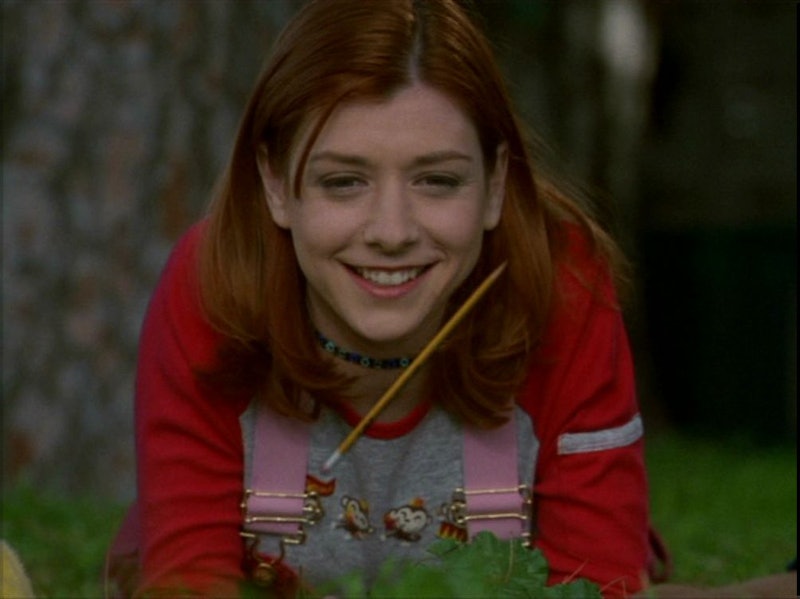 Halloween is just around the corner, so instead of dressing up as something generic (such as the done-to-death black cat), why not channel one of the best teen witches of the world? There have been a plethora of witches in popular culture throughout the years, and it appears they have hammered the nail in the coffin of our former favorite supernatural creature: The vampire. In recent years, we've seen witches appear in TV shows including The Vampire Diaries, True Blood, and American Horror Story, not to mention movies like Into the Woods and The Sisterhood of Night. We've even seen 'em in music videos such as Little Mix's "Black Magic."

Although there is a lot to be said about modern day witches, there is just something so charming about the teen witches of the 1990s and early noughties. Besides the fact that (as Millennials) we have a lot of nostalgic feels associated with these enchanting gals, we can also learn from their tenacious attitudes and the way in which they embraced being different and overcame adversity as now-adults. Remember how Sabrina Spellman was always being teased by mean girl Libby who enjoyed calling her a "freak?" Or how Mildred Hubble's rival Ethel Hallow would use any excuse to try to make Mildred look bad? Even the wonderfully talented Hermione Granger had to stay strong through her upsetting Mudblood saga.

So here's how to channel your favorite teen witches of your youth and dress a little differently this Halloween.

In the early days when Sabrina first discovered her powers, she longed to be a "normal" teenager. However, as she gradually learned of all of the cool things her magic finger could do, she soon began to accept her identity and embrace her powers.

Ms. Spellman was the epitome of '90s cool. I don't know about you, but I would often sit reading my Sabrina's Secrets Magazine while wishing that I too would become a witch on my 16th birthday. Seriously, who didn't want to become a Spellman? Even their talking cat Salem was awesome.

Sabrina was often seen in a velvet shirt, so she'd probably love this long-sleeved teal top.

Stars such as Britney Spears and Christina Aguilera made flared jeans a must-have for fashionable ladies of the 1990s, so obviously the stylish Sabrina followed suit. These plus size flares are available in black or khaki depending on your preference.

Another fashion trend that Sabrina embraced was the classic '90s tattoo choker that, if the flares don't make it clear, will keep your look rooted in the 1990s.

My school friends and I became butterfly clip addicts, but it was OK because we got our clip hit free with Sabrina's Secrets Magazine.

Carry a Salem-inspired bag around with you to keep your candy safe on All Hallow's Eve. You probably won't be getting any clever one-liners from this kitty, though.

It was wonderful to watch Hermione (and Emma Watson) grow and flourish into the strong, young woman she became towards the end of the Harry Potter series. Once a know-it-all teacher's pet with no friends, she blossomed into an intelligent, powerful ally and all-around best bud to Harry and Ron. Here's how to dress like this inspirational heroine.

Keep it authentic with a plus size Gryffindor cardigan complete with the house sigil. Just pop a white blouse underneath it and you'll be good to go.

Even in my mid 20s, I still have my fingers crossed for my letter from Hogwarts. Oh well, I'll just have to cry into these magical Hogwarts leggings.

A Hogwarts uniform would be incomplete without a standard black cape.

Finish off your uniform with a handcrafted Gryffindor tie.

Don't forget Hermione's trusty Time Turner pendant, which played a major part in the plot of Harry Potter And The Prisoner Of Azkaban. A Time Turner is a must-have for any young lady who takes her studies seriously.

Complete Hermione's look by carrying around a replica of her wand (which even comes in the Ollivanders' box). You'll be chanting "Wingardium Leviosa" like a pro in no time.

Nancy Downs is the ultimate bad girl, and I've never seen anyone pull off '90s grunge so perfectly. Ms. Downs was the leader of the teen coven in The Craft who helped welcome new girl Sarah into her girl gang. Although she got a little too power hungry, she always dressed well.

Start by creating a school uniform-inspired backdrop to build the rest of your outfit around.

Get grungy with a checked skirt in a red and black punk palette.

Give out some goth vibes in a black, spiked, choker collar.

Add a super spooky vibe to your outfit by wearing a pentagram-shaped harness over your white shirt.

The eyes are the windows to the soul, so outline yours with a black eyeliner such as this BADgal Liner by Benefit and use the opposite end to create a smudged effect.

Lovable Willow was the gorgeously geeky best friend and ally to Buffy of Buffy the Vampire Slayer. She was a cute, nerdy girl who was super smart and was also a witch in training. However, later in the series she went on a vicious rampage and used her powers for evil. (I'll just brush that one under the carpet for now.) As a bit of a nerd in my own youth, I could really relate to Willow and I'm sure many other young women could, too.

At the start of the series, Willow was somewhat naïve and her kooky clothes reflected this. With that in mind, what would suit Willow better than a pair of short overalls with cartoon food on them?

What A Sugar Rush! Overalls, $36, Modcloth

Willow would probably be a fan of this kooky polka dot top in a bright color to contrast with the white overalls.

A simple and discreet pentacle choker necklace would hint at Willow's witchy powers.

This creepy, cool clutch bag looks like a spell book, but actually works as a fully-functioning edgy purse.

Become a redhead for a while like Willow with some semi-permanent hair dye.

Poor Mildred Hubble was always getting blamed for being "The Worst Witch." True, she may not have excelled in her classes. However, she was always very brave and wasn't afraid to stand up for what was right. Out of all of my favorite teen witches, Mildred was the one who most often looked like a stereotypical witch, so here's how to get her more traditional look.

Begin Mildred's look with a black pinafore dress to emulate the uniform of Miss Cackle's Academy for Witches.

Layer a lilac shirt underneath your pinafore dress. This particular one is available in sizes XS to 2XL.

Add a fashionable twist to the classic cape with a faux fur trimmed style.

Keep it classic like Mildred and flaunt a traditional witch's hat.

Be a big kid for the night and use a new mode of transportation to get you from one Halloween party to another: The broomstick.

Have fun playing dress-up as your favorite teen witch this Halloween and have a magical night.