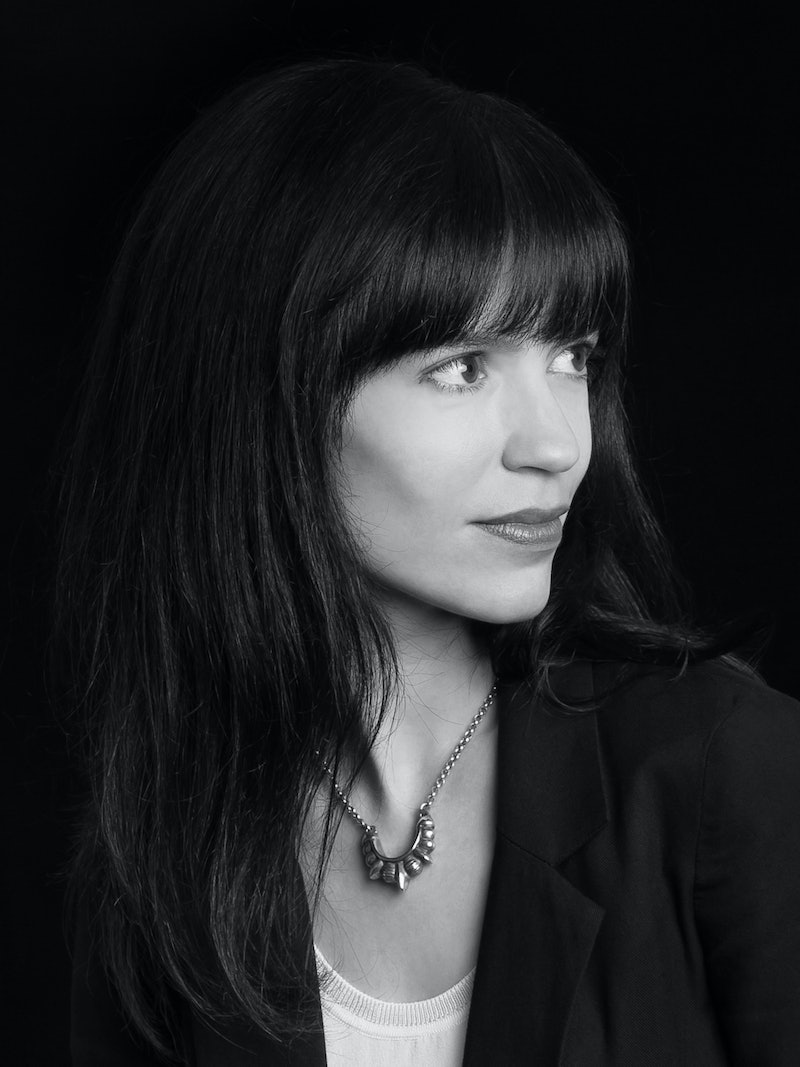 The first sentence of Alex Mar’s new book Witches of America is the very cryptic, “Witches are gathering.” She goes on to explain, “They are gathering for the season of death, the days leading up to the high holiday of Samhain.” Yikes.

But before you start conjuring images of stereotypical witches gathered around a cauldron and casting spells, rest assured that Witches of America goes much deeper than movies like The Craft or Harry Potter or TV shows like True Blood. Before she wrote the book, Mar, a filmmaker and writer, made the documentary American Mystic, which followed three people around the country who are members of different fringe religious sects.

One of those people was a Pagan priestess and witch named Morpheus who was living off the grid in California. Mar was so intrigued by Morpheus and the world of witchcraft, she decided to immerse herself in American Paganism and find out for herself what the different belief systems that make up witchcraft in America were all about.

In the book, Mar spends time with Morpheus and her followers, she travels to the Midwestern wilderness and the swamps of New Orleans, and she delves into the history of witchcraft, the roots of Wicca, and the origins of feminist covens in the U.S.

The book is never judgmental or heavy-handed. It’s a fascinating look at witchcraft in the U.S., and it’s the perfect book to read in October (because Halloween is kind of like Samhain-lite).

Here’s a look at six things the book reveals about real witches in America. There are plenty more where these came from…

They Have Their Own Con

It might not be as gigantic as Comic-Con, but come February, witches and Pagans from all over head to California for PantheaCon. It’s a “gathering of the tribes” that’s open to “Pagan, Heathen, Wiccan, Reconstructionist, Indigenous, spiritual and magical groups,” and it’s held at a DoubleTree hotel, of all places. If the image of witches hanging out at a DoubleTree Starbucks doesn’t sound spooky enough, remember that witches are people too. And as a rule, (most) humans love coffee. As Mar writes, the PantheaCon she attended had seminars about things like wheat weaving, Pagan 12-step recovery, and “reclaiming the slur ‘warlock.’”

They Don’t Want To Recruit You

Despite what you’ve seen on True Blood or in oodles of horror films, witches aren’t out there luring more witches into their evil lair. They take their practice seriously, and they only want people who are serious about the craft to join their circles (literally and metaphorically). Plus, the majority of witches in America aren’t casting evil spells. They’re trying to connect to something deeper out there in the universe.

There are Feminist Covens

Wicca and witchcraft have long been associated with goddess worship and feminism, even though there are plenty of men practicing witchcraft as well. Mar writes about a Hungarian refugee and second-generation psychic named Z who founded the first feminist witches’ coven in America: The Susan B. Anthony Coven No. 1, which inspired other covens like the Amelia Earhart Coven in New York, the Jane Addams Coven in Chicago, and the Elizabeth Cady Stanton Coven in Orange County. There should be an Amy Schumer Coven #1, or an Oprah coven #26! Just kidding. Sort of.

They Celebrate Getting Older

If nothing else makes you want to dedicate yourself to the study and practice of witchcraft, this will: Many feminist covens think of females as maidens (the young ones, basically), mothers (those who have given birth to a human or to a creative endeavor), and crones (the elders). Now, in most parts of America, calling a woman a crone is just about the worst insult you could come up with, but many covens think of crones as wise elders who deserve your damn respect. It’s not a sad, pitiful time of life; it’s a time to be celebrated and to feel beautiful and powerful. There’s nothing scary about that.

You Can Study With a High Priestess Via Skype

Mar writes about her decision to train in Feri, which is a modern American witchcraft that “seeks to transform the individual through practices of ritual magic, meditation, and energy work.” She finds a teacher, but, like the Pagans drinking Starbucks at PantheaCon, the training isn’t what you might expect. “The fantasy of studying with a high priestess does not include billing through PayPal,” Mar writes. Her teacher is a human being after all, with kids and rent and mundane issues of her own. So yeah, Mar starts her training via email and Yahoo groups. And yes, Feri teachers charge.

Black Candles, Daggers, and Swords Are a Thing

And so are blood offerings, sex magic, and a desire to have your eyes eaten by crows rather than being buried in a coffin. Some of this is part of the drama of witchcraft (the corsets and daggers) and some (blood offerings, dead crows that come back to life) is a reminder of the darker side of witchcraft. As the Feri priestess Morpheus tells Mar, “We don't share the dominant culture’s terror of dead things.” But that’s not to say that some of the dark practices aren’t intended to bring about positive outcomes. Still, there is a darkness to all this, and Mar lets us in on it – the light and the dark, the creepy and the mundane.

Check out Witches of America if you want a deeper look into what it’s all about.

More like this
The 20 Best Audiobooks To Fall Asleep To
By Aoife Hanna and K.W. Colyard
M.A.C. Is Launching An ’80s-Chic Stranger Things Makeup Collection
By Olivia Rose Ferreiro
44 Cheap Things That’ll Make Your Wardrobe Way Cooler
By Lisa Fogarty
These Dope Things On Amazon Are Cheap But Seem Expensive AF
By Rachel Bar-Gadda
Get Even More From Bustle — Sign Up For The Newsletter