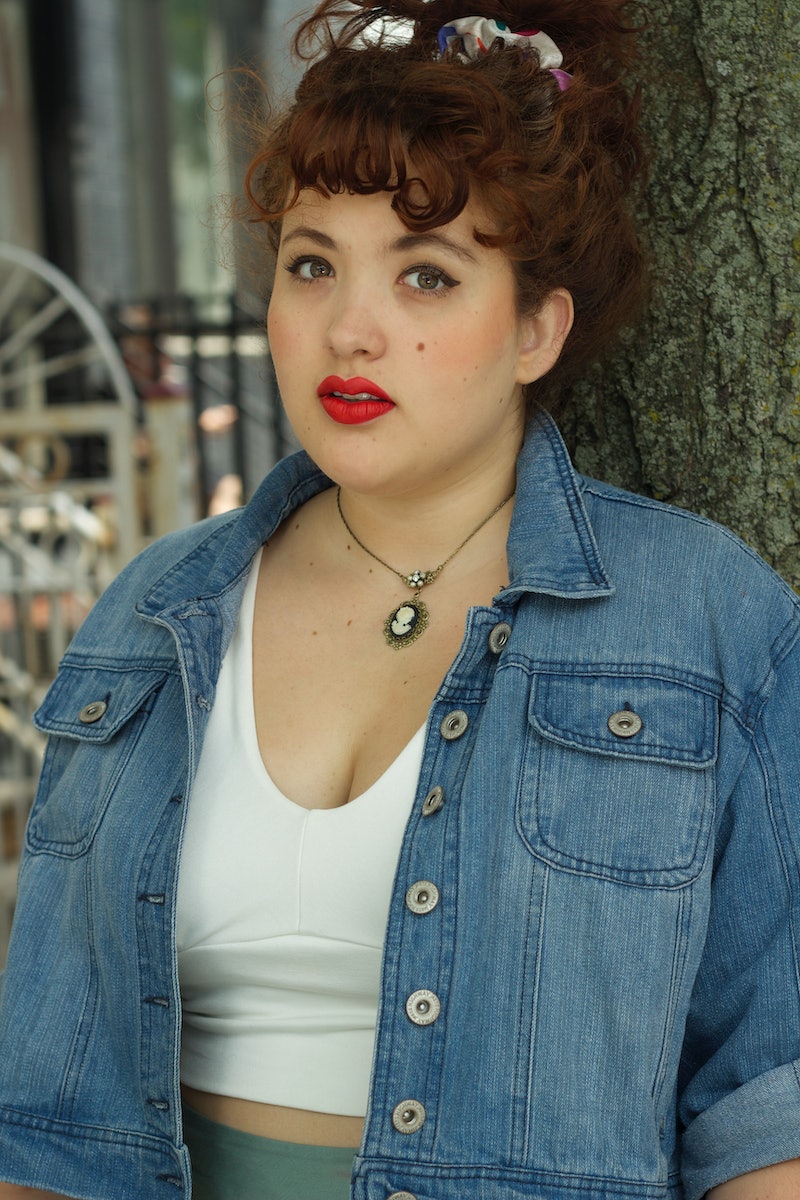 There's a really weird theme within conversations surrounding clothing size. It's one of moral value and guilt, and it usually goes something like this: "I was good this week, so I can wear that mini skirt." Or, conversely, "I was bad this week, so I can't wear that mini skirt." By "good" and "bad," the person speaking is usually referring to their caloric intake in the seven or so days leading up to that moment. If no cupcakes were eaten, it's time to break out the bodycons. If five cupcakes were eaten, it's parachute pants and tunic tees until next week's weigh-in.

In her Oct. 21 interview with People regarding her new collection with plus size retailer Torrid, actress and comedian Rebel Wilson reiterated that same theme. "I’m currently like a size 18, sometimes a 16 depending on how good I’ve been, so I’m kind of just a bit too big for most regular clothing," she told the publication. "Depending on how good I've been." There it is again: The simple belief that to fit into a smaller size means you are good, while fitting into a bigger one means you are bad. It's a concept most folks who've grown up in first world countries during the Reign Of Diet Culture and who are familiar with contemporary media know, and likely know well.

The thing about Wilson is that she's been thrown into body positive and fashion icon status almost by default. As one of the few plus size Millennial celebrities above a size 14 consistently making headlines and starring in big screen successes, the body pos community welcomed her with open arms.

Despite the fact that Wilson has referred to herself as a reluctant icon for the communities, she's become one nonetheless — and a pretty cool one at that. Her sartorial choices (often featuring curve-hugging silhouettes and bright colors) have broken a heap of so-called "plus size fashion rules," and she's undoubtedly inspired other fuller-figured babes previously afraid of a little VBO to experiment with their looks, too.

However, it's important to remember that Wilson doesn't come from a background of body positive activism and she's grown up in the same culture of body shame the rest of us have. When she tells a reporter that she fits into a size 16 when she's "good," she's probably not saying she believes everyone above that size is an intrinsically bad human failing at life. Rather, it feels more like she's vocalizing the internalized fat shaming she might not even realize she has while passing moral judgment on her own body.

Associating clothing size with guilt is something that needs to stop, though. When you're deciding whether you have integrity or worth as an individual based on the tag inside your jeans, you're showing a very limited understanding of integrity and worth in general. You're (either intentionally or inadvertently, whatever the case may be) helping perpetuate the idea that a person's goodness or badness becomes transparent only when the numerical value in their dress becomes transparent — and that's really just not how existence, ethics, or humanity should work.

The simple truth is that if you're a crummy person, you're going to stay a crummy person whether you eat one slice of the pizza pie or the whole thing. If you're a decent human being, you're likely going to stay that way as well — even if you do go to Olive Garden twice in one week for unlimited breadsticks. Our character isn't defined by what jean size we're wearing one day to the next. It's defined by what we're actually like, how we treat others, where our interests lie, and the sh*t we care about.

Even leaving character out of the conversation, correlating morality to clothing size and food is problematic for another reason: Its potential to be triggering. There are countless ways in which people can experience disordered eating, but many of those ways are intrinsically linked to feeling guilty. Whether it's feeling guilty for consuming over 500 calories a day, guilty for not then burning off those 500 calories on the treadmill, or guilty for not fitting into the "goal" pants that haven't been worn since high school, the feels of self-deprecation and self-loathing there are strong.

As allies to people having these experiences, it shouldn't be our job to fill their heads with yet more doubt and fuel for the morality train. It should be to remind them that none of those things — the calories they ate or didn't eat, the exercise they did or didn't do, or their ability to fit into their decade-old pants — shed any light on who they are. When you take away the morality assigned to clothes size, cupcakes, and crunches, you're just left with a person's actual self. And that's sort of as it should be.