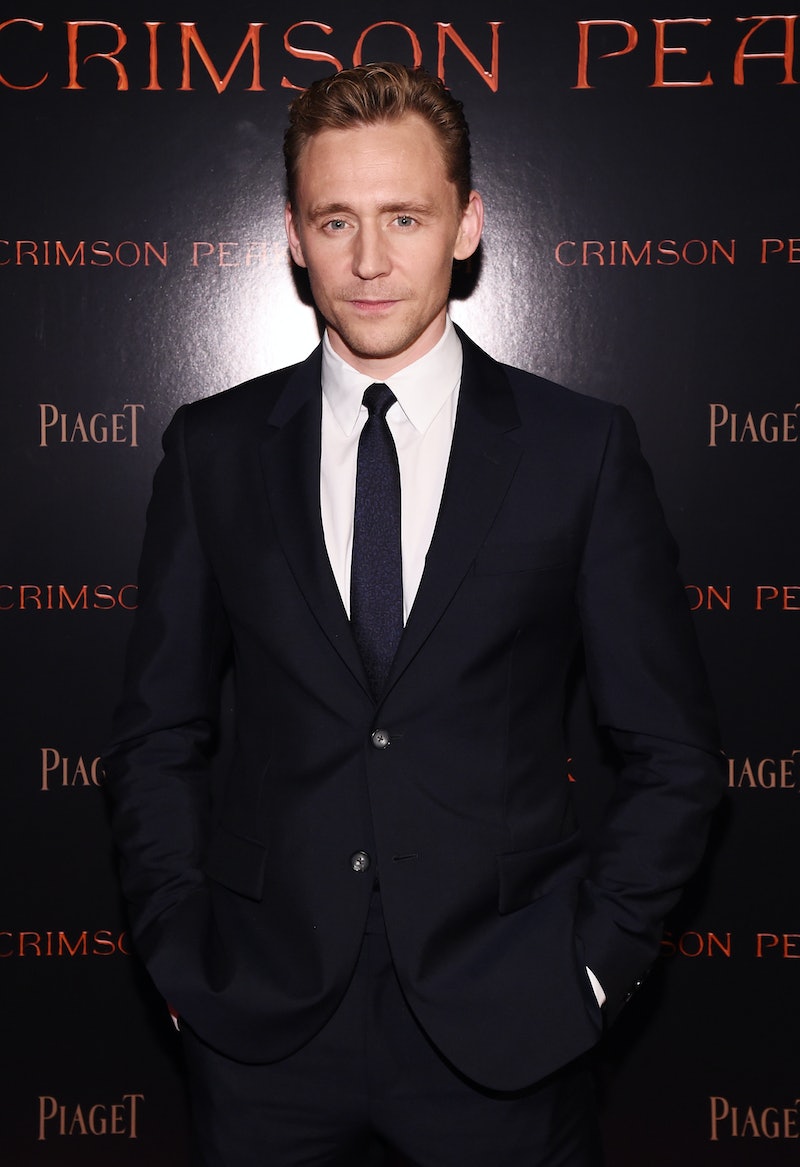 One of the biggest appeals of Crimson Peak (aside from its creepy soundtrack, unique ending, and GIF-worthy moments, of course) is that Tom Hiddleston brings the sex appeal. Of course, this is no great shocker because Tom Hiddleston, but there's no doubt that the movie introduced the actor to a new audience of potential fans. Luckily for those fans, there's a lot more Hiddleston where this came from.

One of Hiddleston's greatest strengths is that he not afraid of taking on a challenging role. As a result, his movies vary in genre, theme, and demographic. There's a Hiddleston movie for everyone. (And, given his expansive list of upcoming projects, he's only going to continue to diversify in the coming years.) But if you're just now learning about the actor, it might be helpful to embark on a mini crash course in all things Tom Hiddleston.

In case you're a new member of the Tom Hiddleston fan club, first and foremost: Welcome. We're happy to have you. Second, brush up on your Hiddleston repertoire with these 11 movies you need to watch if you loved him in Crimson Peak. (Presented in no particular order, because who can choose between Hiddleston movies?)

In a movie packed with superstars, Hiddleston's delightful Loki shines.

It's not easy taking on such an iconic person, but Hiddleston did justice to the role of F. Scott Fitzgerald.

Hiddleston received rave reviews for his role in this dark and complex film.

Okay, so this is technically a short film, but seeing Hiddleston play a British villain is everything.

Hiddleston had a brief but awesome role in this 2014 film.

Hiddleston played a military captain who promised to look after the famous horse.

Hiddleston revisited his famous role as Loki for this Thor sequel.

While this movie is set for a 2016 release, you can still catch sneak peeks of Hiddleston in what might be an award-winning role as Hank Williams.

Hiddleston transformed into a vampire for this offbeat, but well-received film.

10. The Life and Adventures of Nicholas Nickleby

Hiddleston's role was small, but it's cool to look back and see his early work.

This is the film that introduced us to Loki, AKA a Hiddleston classic.

No matter which Hiddleston film you watch, you're pretty much guaranteed to love him.

More like this
22 Movies On Netflix That Are Perfect For The Whole Family
By Bustle Editors
Here’s Everything Coming To & Leaving Netflix In August
By Jake Viswanath
What’s New On Netflix: 'Never Have I Ever' & 'Indian Matchmaking' Return
By Arya Roshanian
What’s New On Netflix: 'Bridget Jones’s Diary' & 'Monster-in-Law'
By Arya Roshanian
Get Even More From Bustle — Sign Up For The Newsletter