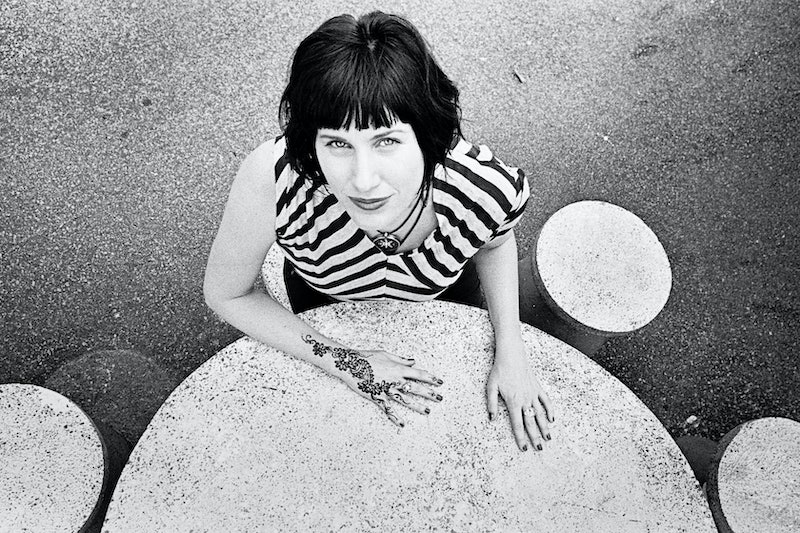 If you're anything like me, then you probably love learning about how different cultural groups dress, date, dance, celebrate, sing, write, cook, and worship — and that's a good thing. Part of being a more inclusive feminist, and just a more inclusive human being for that matter, is celebrating cultural diversity. That said, there's a fine line between cultural appreciation and cultural appropriation, and it's important that we all learn how to spot the difference between the two. If we don't, we'll end up culturally appropriating without knowing it.

I've absolutely been guilty of cultural appropriation in the past, which is why I wanted to write about this topic in the first place. When I was a kid, Pocahontas was my favorite Disney princess (and I also kind of wanted to marry her) so for about five consecutive Halloweens, I dressed up in a Native American costume. I cringe when I think about it today, but I was a child, and I really didn't know I was appropriating at the time.

Unfortunately, good intentions don't undo the damage caused by unintentional appropriation, and they don't change the fact that cultural appropriation makes light of hundreds of years of colonization and oppression of marginalized ethnic groups by Westerners. Fortunately, though, there have been a lot of articles written about how everyone should avoid wearing racist costumes on Halloween, and thanks to the very public displays of celebrities appropriating black hairstyles, I think most of us are no longer ignorant to the more obvious ways white people in particular, and Westerners in general, can avoid appropriating.

1. Wearing Chopsticks In Your Hair

At this year's Met Gala, Emma Roberts upset a lot of people on the Internet by wearing chopsticks in her hair. Evidently, the backlash on Instagram was so intense that Roberts removed the chopsticks from her bun before even hitting the red carpet.

Fortunately, this hairstyle isn't nearly as popular as it was back in the mid-to late '90s and early '00s Friends era, but it's still important to be aware of the fact that wearing chopsticks in your hair is a form of cultural appropriation.

Henna tattoos, or Mehendi, are stunning. But sporting a henna tattoo for a couple of days without even knowing the cultural significance of Mehendi is the definition of appropriation, and I'll be the first to admit that I've done it. I was an 18-year-old at a music festival, and I thought it would look pretty, but I didn't even know the cultural significance of what I was doing.

Henna booths are not uncommon at music festivals — but it's important to remember that getting Henna painted on your hands isn't the same thing as applying those stick-on tattoos you got out of gumball machines as a kid — and you shouldn't treat it as such. Henna is most commonly a wedding tradition among Muslim and Hindu brides, but it's cultural significance and symbolic meanings extend beyond wedding traditions, too. Henna is much more than a fashion trend, so don't treat it like one.

Recently, Kerry Washington was criticized via Twitter for saying, "Kate Winslet is my spirit animal." She was referencing Winslet's performance in the Steve Jobs biopic, and her graceful, non-defensive response to the Twitter user who called her out proves that she didn't set out to be culturally appropriative. The actress quickly apologized for her mistake and admitted that she'd never been, "schooled" on how using the term could be offensive to indigenous peoples.

Reading about Washington's unintentional appropriation alerted me to the fact that I'd been appropriating in the same way Washington was, and I had no idea. In fact, my Bustle author page actually contained the phrase, "Audrey Hepburn is my spirit animal" until I read about Washington's tweet and proceeded to edit my bio.

The phrase "spirit animal" may be popular, but it clearly has the potential to make a lot of people feel disrespected — so it's probably best to follow Washington's lead and avoid using it in the future.

4. Failing To Acknowledge And Honor Where Your Love Of Certain Art Forms Came From

Celebrating the art, music, writings, fashion, foods, and religions of other cultures is a good thing — but if you're going to enjoy the art of a certain culture, you should want to educate yourself about how those art forms came to be, and honor its artists, too.

If youlove rap, study how it developed into the mainstream music genre it is today, and promote your favorite artists. If you enjoy manga, research how and why it exists, and promote your favorite authors. Cultural exchange is a beautiful thing, but failing to recognize and honor the people who have created and developed all the things you love about a certain culture is one way you could be appropriating without knowing it — and it's definitely no way to pay homage to the artists behind the work.

5. Changing How You Talk Depending On Who You're Around

Most of us probably adjust our speech depending on who we're with or where we are, and that's not always a bad thing. For example, when I'm back home in southern Missouri, I start to drawl pretty hardcore — but since I arrived in New York, I've tried to wipe as much of that twang out of my voice as possible so that when people hear me talk they won't automatically assume I watch Fox News. This is not cultural appropriation, though, because I'm still using my own voice — I'm just trying to make it sound more clear to Northeastern ears.

However, if you change your voice to sound more like an ethnic group that is different from yours, that is cultural appropriation. Some examples include adopting, "blaccent" (ahem, Iggy Azaela) or using slang terms you would normally never use because you're trying "fit in" or "sound down." Even if you have good intentions and insecurities to blame, don't do this. It's weird and uncomfortable for everyone, plus it's offensive. Just be yourself, and use your own voice.