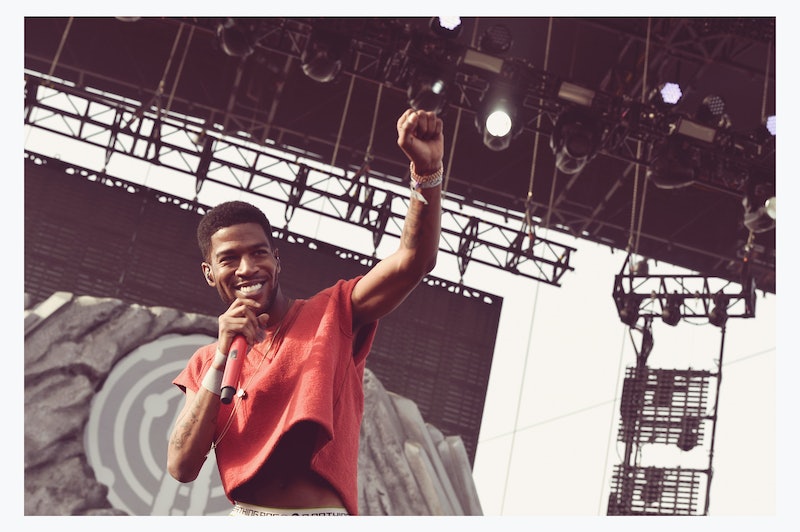 I listen to a LOT of music genres. I mean, I like listening to pretty much everything from bluegrass to A Day to Remember, to Lady Gaga to Led Zeppelin to Mozart. But I really, really love rap and hip hop. In my opinion, it makes for the absolute best workout music, and if I’m at a party or about to be at a party, it’s all I want to hear. There’s simply no other genre of music that makes me feel as energized as instantly as rap and hip hop does. Plus, if you’re listening to the good stuff it’s just undeniably sexy and upbeat.

Don’t get me wrong, I’ve heard some rap and hip hop that was so exquisitely awful that I almost would have preferred listening to “Bird is the Word” on repeat. But main-stream rap and hip hop is insanely popular for a reason, and it’s not about feeling “cool” or whatever. Trust me, I don’t think listening to rap and hip hop makes me any less of a dork. It’s just really fun to listen to, dance to, chill to, make out to, and party to. Basically, rap and hip hop makes all the things that are already fun even more fun so it makes sense that rappers themselves would be pretty fun too.

And if you’re a rap and hip hop fan like me, then I’m sure you’d love to hang out with any one of these 12 rappers. I know I would.

Okay, even my boyfriend knows I've got a big old Canadian-size crush on this dude, but can he really blame me? I mean, how many rappers sound just as good singing as they do rapping? Plus, he's gorgeous, he proudly writes music for women, and I've dreamed about landing an interview with him since I saw his killer performance in Memphis back in my junior year of college. Drake, if you're reading this, call me.

I seriously dig his music, he's hilarious in Community , he's stylish, and attractive as hell. Also, I just get the feeling he'd be a really fun person to chill on the beach with.

I wish I could drop a curtsy for the Queen of rap. Yeah, she's a bit scandalous, but I like that about her. She's absolutely killing it in her field, and since I happen to be a fellow independent lady full of ambition, I love witnessing her success. Besides, a scandalous woman is just a normal woman who dares to live the way men have always been encouraged to.

I first became a fan of Kid Cudi in college, but I’ll be a fan for life. His mix of rap, hip hop, electronica, and rock are fantastically unique and fresh. It doesn’t hurt that he happens to be handsome and stylish. I can only imagine how much fun he’d be to cruise with.

I love southern rap, and T.I. has that style down to a science. His voice and flow are crazy rhythmic and immediately recognizable. But most importantly, from what I’ve seen in his interviews, I feel like if we ever hung out he’d probably make me laugh my ass off.

I honestly don’t feel like I even need to explain why I’d want to hang out with Missy. She’s AMAZING. She’s tough, talented, and kind of a pioneer as far as female rappers go. I don’t know what we’d do together, but I hope dancing would be involved.

This dude has a great sound and his debut album will always be one of my favorites. It came out shortly after I fell in love in college, so I’ll forever associate it with love, sex, and nighttime weed strolls. It would be so cool to actually meet him in person and tell him that, and I have a feeling he’d like hearing it.

I saw J Cole in Memphis back in college too, and I was truly impressed by how good he sounded. (I hate it when artists sound like crap live.) On top of that, I love hearing the Southern music influences in his tracks. But I think what impresses me most about this rapper is how his music takes me places. This may sound odd, but every time I get to the chorus of “Born Sinner” for a second I’m just a kid back in my Southern church in my Southern town, and I don’t even hate how it feels. And every time I hear "Nobody's Perfect" I feel like I'm back in my dude's sophmore dorm room just chilling out and having fun.

So, I’m a little on the fence about Wiz since the whole Amber Rose break up. Who knows what really went down, but girls have to stick together. That being said, O.N.I.F.C. is one of the best road trip albums out there, and Wiz is hands down the most stylish rapper I’ve ever seen. I’m sure he’d be a fun guy to hang out with. I mean, he’s a rapper, but he’s also the epitome of rock star. How could he not be fun to be around?

Confession: I don’t really like Jay Z’s music that much. But he’s still the king, and if I hung out with him chances are I’d get to hang out with Queen B.

I have mixed emotions about Ziggy Iggz. Some of her songs send my workouts into overdrive, but others immediately have me reaching for the skip button. Either way, I would be ecstatic to meet her. She’s incredibly successful in her chosen field and as I said before, I love successful women.

808’S Heartbreak got me through getting dumped for the first time, and I still freaking love that album. “Robocop” and "Heartless" are classics. And while my love for Kanye has seriously fallen off in recent years, and I don’t actually think he’d be super fun to be around. But, I would love to meet his wife, and Kanye is my dude’s favorite rapper so it would be nice to get something autographed for him.

More like this
Everything You Need To Know About Kanye's Post-Kardashian Dating Life
By Bustle Editors
Everything To Know About The 2023 Grammy Awards
By Jake Viswanath
Beyoncé & Blue Ivy Performed A "Brown Skin Girl" Duet At Her Private Dubai Concert
By Brad Witter
North West Will Make Her Acting Debut Alongside Mom Kim Kardashian
By Radhika Menon
Get Even More From Bustle — Sign Up For The Newsletter
From hair trends to relationship advice, our daily newsletter has everything you need to sound like a person who’s on TikTok, even if you aren’t.