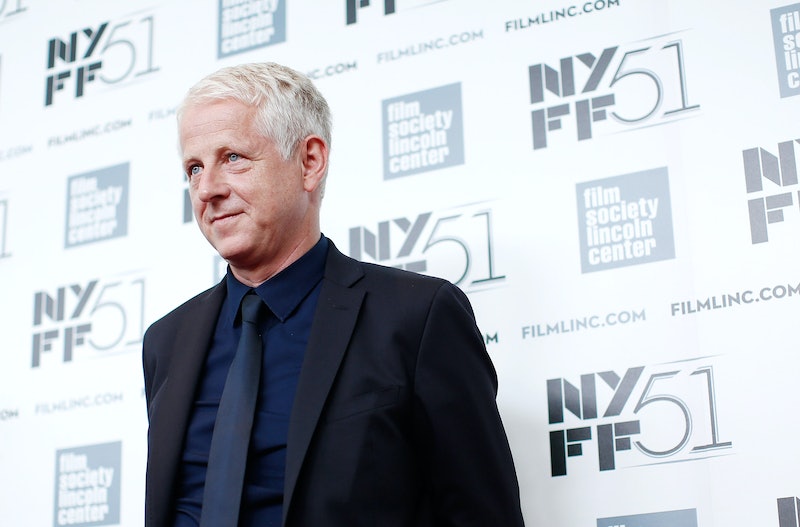 The Internet lit up Friday with news that the live-action version of The Little Mermaid will star Chloë Moretz. According to Deadline, several drafts of the script have been written, and Sofia Coppola had been attached to direct the project, but she left earlier in 2015 — and now, there are rumors that Richard Curtis, romantic-comedy movie hero, might pen the movie. Considering Curtis has written some of the most iconic movies of the past 20 years, including About Time starring Rachel McAdams, and Love Actually starring EVERYONE, this is more than exciting. If Curtis gets the Little Mermaid writing gig, there will be so much to look forward to from this movie — as if Chloë Moretz being live-action Ariel wasn't amazing enough! Aside from making me want to re-watch Notting Hill immediately, this rumor has me wondering what The Little Mermaid would be like in the style of Richard Curtis, taking into account all of those classic movies he has made to date.

Curtis' movies are renowned for their quirky humor, cute love stories, pop soundtracks, and awesome casting. And, if by some miracle the reported that Curtis is in talks to write the screenplay are true, The Little Mermaid could feature all of these important ingredients, and more.

1. Being In Love Is Agony Sometimes

No one understands better than Richard Curtis the exquisite agony of unrequited love, or of being in love with someone you can't be with. This puts him in great stead to write The Little Mermaid as she pines after her Prince.

What every Curtis movie needs is a hot love interest — especially when said love interest is going to be a Prince. I'm totally excited. (If you're reading this, Curtis: Bustle's own Kristie Rohwedder has some suggestions for the role of Eric.)

In every Curtis movie, the grand gestures could be considered over-the-top. In Love Actually for instance, there's that amazing moment where Andrew Lincoln turns up at Keira Knightley's door with his declaration of love written on cue cards, so he doesn't have to say it out loud. Perhaps, like in Disney's version, Ariel will lose her voice and be forced to write down her feelings too?

Whether it's a choreographed dance sequence, or at a formal palace event, there is sure to be dancing, if Richard Curtis has anything to do with it.

If there's anything we can count on from Richard Curtis, it's an awkward chat-up line that starts as a compliment but gets a little creepy. About Time has several of these, and it totally hinges on the the adorable moment when someone says wrong thing when trying so hard to say the perfect thing. Stumbling over words just like Hugh Grant. It's endearing!

No one does hilarious mishaps and comedic mistakes better than Curtis, and as Ariel grows accustomed to life on land, she's sure to make some clumsy errors which will be fun to watch.

8. Lines You Will Quote Endlessly

Richard Curtis' movies are always so quotable, and this line from Notting Hill has been parodied in many movies and TV shows. As a writer, he's created some seriously memorable moments in film.

Whereas in real life, being caught in a storm or being out in the snow might be considered less than ideal, in a Curtis movie it's sure to be a magical, and probably romantic, moment.

OK, so Rachel McAdams pretty much always has perfect hair in every situation, but Curtis' characters often reference the modern world in the best way or have a style of their own. I already know I'm going to want to look exactly like Moretz's mermaid.

No one does weddings better than the writer of Four Weddings And A Funeral. From Rachel McAdams's red wedding dress in About Time to Keira Knightley's live audience orchestra in Love Actually , Curtis throws the best wedding party. Fingers crossed that the mermaid gets her prince, purely so we get to see even more #DressInspiration.

I'm seriously hoping this rumor is true, as Richard Curtis seems like the perfect person to write The Little Mermaid.