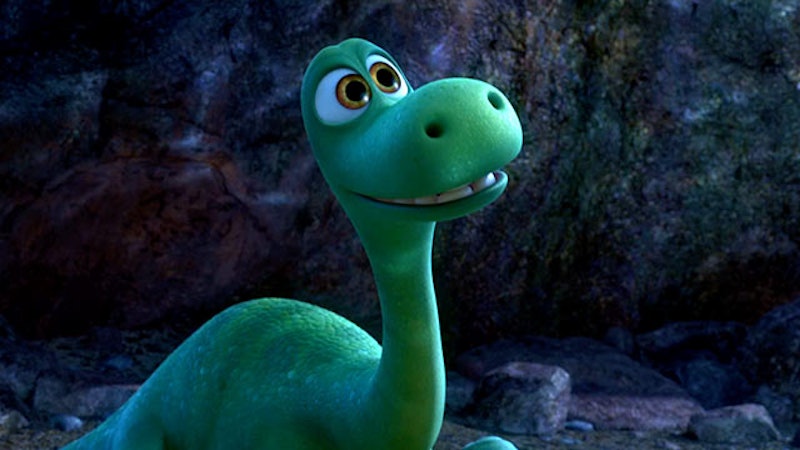 2014 was one of the worst years in recent memory. Why is that, you ask? Last year was the first year since 2005 when no Pixar movie was released. I know, it's a miracle the world didn't end. But the upside is that this year gets two Pixar movies. Fans were already treated to Inside Out this summer, which might just be the best movie the studio has ever produced, and next up is The Good Dinosaur , which looks to be gorgeous, adorable, and of course tear-jerking. In other words, it's a Pixar film. But what's the next Pixar movie after The Good Dinosaur ?

Thankfully, fans aren't looking at another year-plus wait before the next Pixar movie's release. Next up is the long-awaited sequel to Finding Nemo, Finding Dory , which is scheduled to hit theaters on June 17, 2016. The movie picks up six months after the events of the first film, with Ellen Degeneres's forgetful Dory suddenly remembering details about her childhood. She then sets off on a quest to find her family, accompanied at first by returning characters Marlin and Nemo before being separated from them and ending up at the Marine Biology Institute. There, she'll meet a whole slew of new characters, and hijinks will surely ensue. The trailer for Finding Dory was recently released, and as predicted, people went crazy with delight.

But Finding Dory isn't the only sequel Pixar has planned. Oh no, it's just the first in a barrage of franchise additions the studio has slated to hit theaters over the next few years. In fact, of the five films Pixar has scheduled after The Good Dinosaur, only one of them is an original film. Although I'll miss the opportunity to see another fresh idea like Inside Out in the coming years, I wouldn't say I'm opposed to Pixar revisiting some of their greatest hits either. Basically, when you're Pixar, you can do no wrong. So here are the four other films Pixar is working on.

Who would have thought that Cars would be the second Pixar franchise after Toy Story to become a trilogy? The two existing Cars films are the only movies in Pixar's family to have Rotten Tomatoes scores below 75 percent, with Cars 2 ranking an abysmal 39 percent. But the franchise is a favorite of Chief Creative Officer John Lasseter, so fans can expect more tow trucks voiced by Larry the Cable Guy for years to come.

The only original Pixar movie for a while, Coco definitely sounds like it will fit in nicely with the rest of the Pixar canon. It's based around the Mexican holiday of Dia de los Muertos and tells the story of 12-year-old Miguel, who unveils an ancient family mystery — and may meet some of his deceased ancestors in the process. Sign me up.

Did I say Toy Story was a trilogy? I meant quadrilogy, or whatever this is. This is definitely the riskiest movie in Pixar's lineup, since the Toy Story franchise is basically batting a thousand. They must have a really good story to risk the series' reputation with a fourth film after ending things so perfectly in Toy Story 3, and it's apparently set to be a love story between Woody and Bo Peep. I can't tell if I'm more worried or excited to see this movie.

Another movie with a solid ending that I didn't think would get a sequel, The Incredibles return to save the world again 15 years after the first film. That's... a long time, but director Brad Bird is coming back to helm the project so I'm sure it will turn out to be great.

That's all Pixar has announced so far to follow up The Good Dinosaur, and I think it's safe to say the studio won't be scraping the bottom of the box office barrel anytime soon. Hopefully with all the cash they're sure to be bringing in with all these sequels they can afford to finance some more original fare a la the fantastic Inside Out. Please, Pixar, do it for Bing Bong.