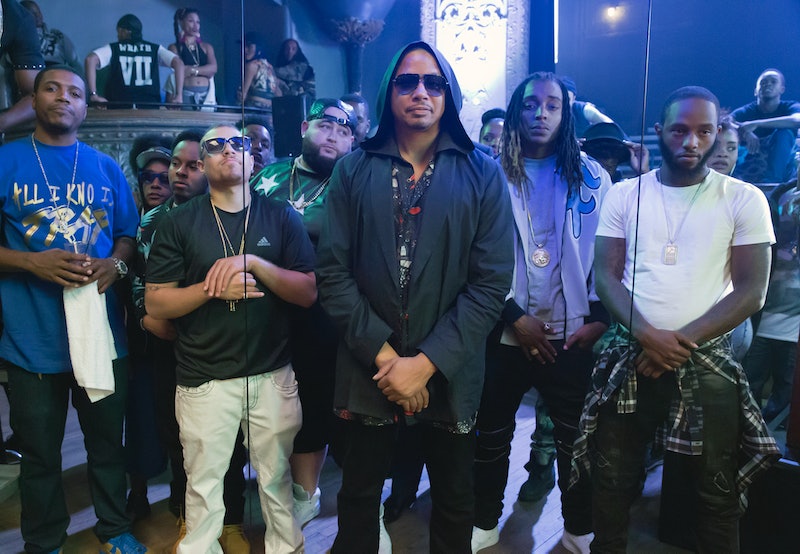 Lucious Lyon is certainly not the easiest person to get along with on Empire. He’s vain, controlling, manipulative, and, well, he’s a garbage human being. At the brunt of all of this are his three sons: Andre, Jamal, and Hakeem. The show would lead you to believe that Hakeem, the superstar youngest of the group, is the person most similar to his father, but it’s actually Andre and Lucious who have the most in common, as this week's episode of Empire, "My Bad Parts," made clear.

Lucious is a monster now, but he’s also had a very hard life. It’s been documented, especially this season, that Lucious’ mother had a mental illness, most likely bipolar disorder. She would have highs where she did things like spend all of their money (including rent) to buy Christmas presents in July. But then, she’d be so low that she would literally play Russian roulette in front of Lucious. Eventually, things got so bad that Lucious started burying her bullets in the backyard so that she couldn’t play anymore. Lucious’ mother went pretty much undiagnosed and, therefore, unmedicated.

Lucious' oldest son, Andre, also suffers from bipolar disorder, but has been both diagnosed and treated. While so far there hasn't been any evidence that Lucious also has the condition, he and Andre have shown very similar behaviors recently, which may be part of why their relationship is so difficult.

The events of Empire’s second season have really sent Lucious on a collision course with something bad. First, he was sent to jail for murdering Cookie's cousin, Bunkie, but after Andre accidentally killed the prosecution’s only star witness, Vernon, there was no case. All charges were dropped. Normally, a man would be flying high after getting off the hook for murder. Lucious, on the other hand, started taking stock of those he could trust. This mimics Andre when he stopped taking his medication in Season 1 of Empire. He suddenly became very paranoid and manic. He thought everyone was out to get him — even his own brothers, who had been nothing but supportive of him.

In recent weeks, Lucious has turned to Freda Gatz, the daughter of Frank Gathers, a man Lucious had murdered while they were in prison. Thinking his sons hate him, Lucious cajoles Freda into recording a song that he originally wrote for Hakeem (who rejected it), with Freda casting Lucious’ youngest son out and telling him she’s taking his name. When Lucious and Freda were recording the song, he insisted on holding and playing with the very same revolver that his mother used to play Russian roulette with. It turns out he kept it as a souvenir. You may remember that Andre also spent his time cheating death in the studio with a very similar gun.

Lucious is also insistent on brokering a power deal with streaming service Swiftstream, even though Empire Enterprises cannot afford it and his investor, Mimi, is unsure about it. But Lucious is readily focused on keeping his name, mostly because he is so paranoid that someone is trying to take it all away from him. Andre was the same way at his lowest of lows, trying to push Empire Enterprises into an IPO deal come hell or high water.

Lucious has bursts of inspiration when it comes to writing songs for his sons, only to fall into violent rages hours later when he doesn’t feel he’s getting the respect he deserves from them. He loves to distance himself from his sons — especially Andre — but what he doesn’t realize is just how similar they all are.