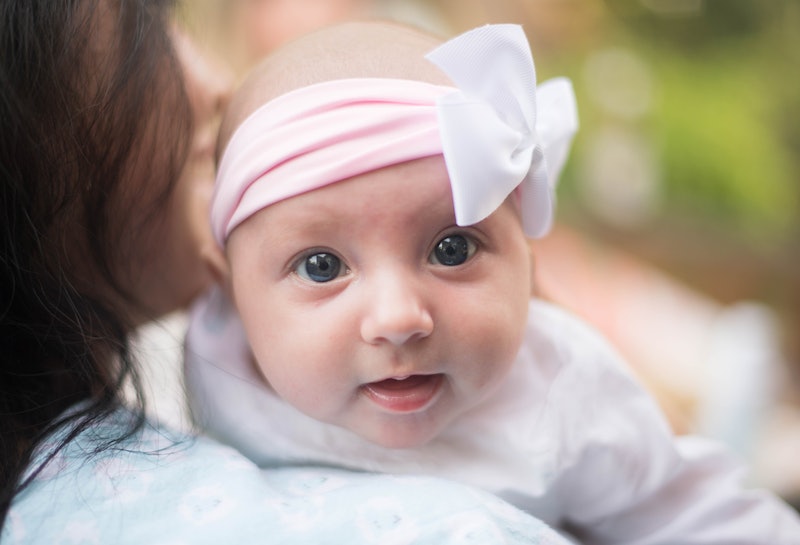 As a first-wave Millennial, I had the pleasure of growing up in that glorious decade known as the '90s. And, like many other of my fellow first-wave Millenials, I now have children of my own — two, to be precise.So both as a '90s kid who clearly can't quit nostalgia and as a woman now charged with raising two tiny humans of her own, I can't help but ponder the myriad ways parenting in the '90s was different than it is today. Because, despite the fact that we relentlessly circle back to that decade with rose-colored glasses, the truth is there were many parts of being a kid in the '90s that were downright questionable.

In fact, it's a running joke in our family that any of us made it out of that era alive due to all of the dodgy parenting techniques our demographic has long since abandoned. Or, you know, deemed extremely dangerous-slash-potentially fatal. Don't get me wrong — I obviously wouldn't trade my childhood for the world, and I think my parents did a bang-up job raising me. It was simply a different time. In that spirit, here are nine ways parenting in the '90s was a whole different ballgame from parenting today.

For those do the whole child-bearing-in-your-uterus thing, you're already faced with endless decisions by the time your tummy "pops" — from what you should name your kid to what color to paint their nursery. One such decision you must make daily is what clothes to drape your burgeoning bump with, and the '90s cornered the market on billowy tents thinly veiled as maternity wear. Another popular and practical choice was maternity overalls because, really, what mom couldn't use 17 pockets? Thanks to the rise of celebrity mamas flaunting their pregnancy style, though, maternity clothing today is decidedly more Fashion-with-a-capital-F.

In the '90s, few foods were off limits. Lunchtime often consisted of hot dogs and mac n' cheese — with a hefty side of ketchup, naturally — and what snack time would be complete without the glory of Gushers or Dunkaroos? Sure, those things still exist today, but it's also since been established that sugar is the devil and our food may be trying to kill us. While it's quite possible pediatricians in the '90s were every bit aware of the nefarious intentions of many go-to foods, parents then had a much more laissez faire approach to the whole debate. Today, the paranoia surrounding food has reached fever pitch, and while some of it is justified (how could you, bacon and red meat?!) some of it might be overkill. Either way, though, one thing's for sure: Due to our current climate, my kids will never know the sheer joy of crushing the playground obstacle course on a processed food sugar high.

My sister and I both have two small children under the age of five, and at nearly every milestone we marvel to our mom about how she could possibly have made it through our childhoods without all of the digital bells and whistles we benefit from. When she was breastfeeding, she didn't have a "Pocket Nanny" digital timer to remind her sleep-deprived mind when the last feeding was, or what boob it came from, or even at what time her newborn had her last diaper change. For that matter, she didn't have a video monitor to help keep her apprised of our nocturnal activities (aka to stare at unblinkingly every night for the first three months in case your kid randomly stops breathing). She didn't have a fancy, schmancy thermometer she could simply wave over our foreheads to determine if we had a fever. Those '90s moms, I'm telling ya — they were troopers.

This may be an exaggeration. I'm sure there were more organized offerings in the '90s, such as after school sports, but the premise is the same — extracurriculars in the '90s were seriously scaled back compared to today. My daughter takes dance, "gymercize," soccer, drama, and karate. She's four. Believe me, we'd be happy to set her up on the picnic table with an ear of corn and teach her to make dolls using corn silk for hair like my mom did with us (hey, she grew up on a farm), but here's another key difference between extracurriculars in the '90s and now — extracurriculars are essentially curriculars. As in, everyone else is enrolled, so they're basically mandatory if you don't want your kid to fall behind or feel left out.

When you're carting kids to and from school, to the grocery store, or anywhere else, comfort is paramount. But moms also want to at least put a modicum of effort into looking like regular functioning humans despite an alarming lack of sleep and the mystery goop we're always finding in our hair, so the only logical decision is to find fashion that marries both comfort and style. In the '90s, moms needn't look any further than the iconic "mom jeans." These have since come back into fashion but, ironically, moms aren't the ones wearing them. While hipsters rock that high-waisted look, we're rolling through the Starbucks after the car rider line wearing yoga pants. Because, yoga pants.

Ah, yes. Technology in the '90s. Parenting with technology then meant having an giant boxy PC sitting in a common area, like the dining room, so kids could study Encarta under the watchful eye of their technology-wary parents. It existed primarily for educational purposes — until mom and dad went to sleep, of course, at which point '90s kids would sneak downstairs and log into chat rooms or play Oregon Trail. There's no hiding technology today, however. My 2-year-old knows how to use my tablet better than I do. Technology is still an educational tool, but the options are wildly more complex than Encarta. My kids would happily clean their rooms for an hour on ABC Mouse. It's a double-edged blade, of course — the prevalence of technology in parenting could also be contributing to the more sedentary lifestyles kids' today lead — but for better or for worse, it's just the way things are.

I can't recall a single birthday party I had as a child that wasn't held at our home, cooking out in the backyard. In the '90s, birthday parties were low-key. Parents would hang streamers and make water balloons for the kids to toss at each other. A rousing game of duck-duck-goose might be involved or, if you were lucky, swimming in the pool. Birthday parties today are elaborate. Last year, we considered shelling out hundreds so our daughter and her preschool friends could spend the night at the local aquarium and sleep in the soft glow of the shark tank (we didn't). But we did stay up all night before her birthday creating tiny versions of the hot buns seen in the movie Brave in order to match her party theme. I've been to birthday parties at museums, zoos, concert halls, parks, and laser tags venues. Birthdays today are the social events of the season for the parenting set.

When we were kids, I distinctly remember riding in the van with my parents to drop my older brother and cousin off at an outdoorsy summer camp hours from our home. There, at the gates of Camp Greenville, my parents would pat my brother and cousin on the back, drop their duffel bags at their feet, and say sayonara for weeks. Weeks! During that long span of time, parents likely only visited during Parents' Day, when their kids could regale them with tales of archery and horseback riding and canoeing. The idiom "Whatever doesn't kill you only makes you stronger" comes to mind. Just slap a camp shirt on a kid's back, hand him a bow and arrow, and hope for the best. Que sera, sera, people! Today, parents are perhaps a little more wary. Kids are sent to camps with staff other than teenagers, the food includes options other than Beefaroni, and parents are in near constant communication.

Looking back on the glory days of Moon Shoes, Sky Dancers, Skip-It, and Lawn Darts, it's really a wonder '90s kids every crossed the threshold into '00s young adults. Let's be real: some of our most favorite toys — the ones our parents gifted us for birthdays and other — could very well have maimed or killed us. Naysayers who claim that parenting today involves coddling kids to the point of near uselessness would likely deem this argument nonsensical.

Furthermore, although it's debatable whether toys were more or less gender neutral then, it's worth noting that parents today are no stranger to writing open letters on social media campaigning for gender-neutral toy aisles. Because, c'mon, Barbies are totally cool for boys, and no little girl should go without a Jedi costume if the Force is strong with her.