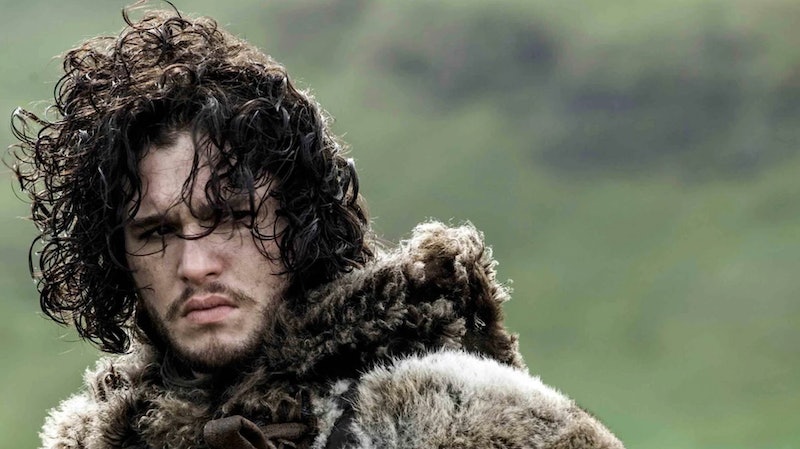 Monday morning, HBO sounded the trumpet, unfurled ye olde scroll, and shared a brand new Game of Thrones Season 6 poster with the townsfolk. And oh, what a poster it is! The promotional image depicts the bloody, maybe-dead face of perhaps the most talked about television character of 2015: Jon Snow. What does this poster meeeeeean? I wondered as I stared at the rendering of the slain Lord Commander of the Night’s Watch. Is that the blood of a permanently dead man, or is that the blood of a resurrected man? But before I let myself get too caught up in GoT theories for the zillionth time, I closed out of the photo and went about my morning.

...And by "I closed out of the photo and went about my morning," I definitely mean "I happily let myself get caught up in GoT theories for the zillionth time." Before you could say "direwolf," a string of questions crept into my mind: Wait, what if that isn’t blood? Like, how can we be so sure? Yeah, it looks like blood, quacks like blood, and probably is blood, but what if it is something else? What if it's something less obvious? What if it's a blood red herring? What if I know nothing, Jon Snow?

And that's how I wound up with this list of totally possible, totally reasonable hypotheses regarding the blood-like substance on The Bastard of Winterfell's mug in the Season 6 poster:

I guess we'll just have to wait until April 2016 to find out the answer.