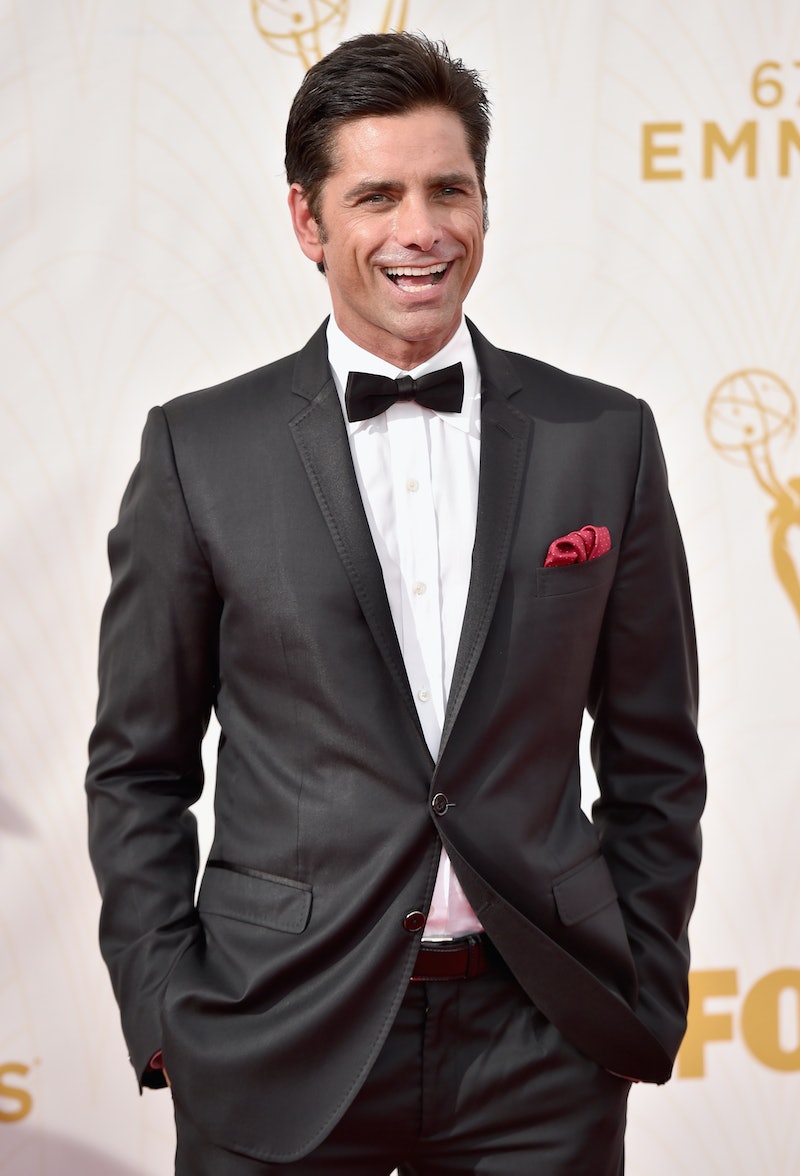 There are two well-known facts about Full House's Uncle Jesse: 1. "Have mercy!" is his catchphrase, and 2. He has amazing hair. That second one may be the most important. After all, John Stamos' beloved character wouldn't be the same without his luscious locks. Back in the show's second season, he nearly had a fit when Stephanie chopped it all off. Plus, he never went anywhere without his trusty comb. With the show's Netflix reboot, Fuller House, in the works, Stamos and the rest of the cast have been in the spotlight lately. Tying into all of this nostalgia, John Stamos posted his prom photo on Instagram and the throwback is as glorious as you'd imagine.

While fans are surely disappointed that the Olsen twins aren't reprising their role as Michelle Tanner, at least Uncle Jesse having amazing hair is something that will never change. In the vintage photo, Stamos is rocking a white tuxedo and bow tie. In typically Uncle J fashion, he's giving the camera an intense smolder. He could give Tyra Banks a run for her money with that smize! Honestly, the only thing that would make the picture even better would be if he had gone to prom with Aunt Becky, aka Lori Loughlin. Now that would be the dream.

Stamos really hasn't aged much over the years, if this photo is any indication. See for yourself:

In the words of Uncle Jesse himself, have mercy.

Since this has me feeling incredibly nostalgic, let's take a trip through memory lane. Here's a look at the actor's best hair days.

Um, is this the cutest picture or what? Clearly he's had good hair since childhood.

Now this is the John Stamos that Full House loyalists remember.

To be honest, this may be my favorite of the Stamos hairstyles. It's not too long, but not too short either. It's just right.

Actually, it doesn't matter the length. Uncle Jesse can own any hairstyle.

John Stamos highlighted the hilarious similarity between himself and the former member of One Direction. If they ever make a movie about Stamos's life, they should totally cast Zayn Malik to play his younger self.

Of course Stamos is rocking big locks on the set of Fuller House.

It's 2015 and his hair looks as flawless as ever. Just like Uncle Jesse and Aunt Becky staying together, Stamos' amazing locks are something Full House fans can always depend on. Thank goodness!