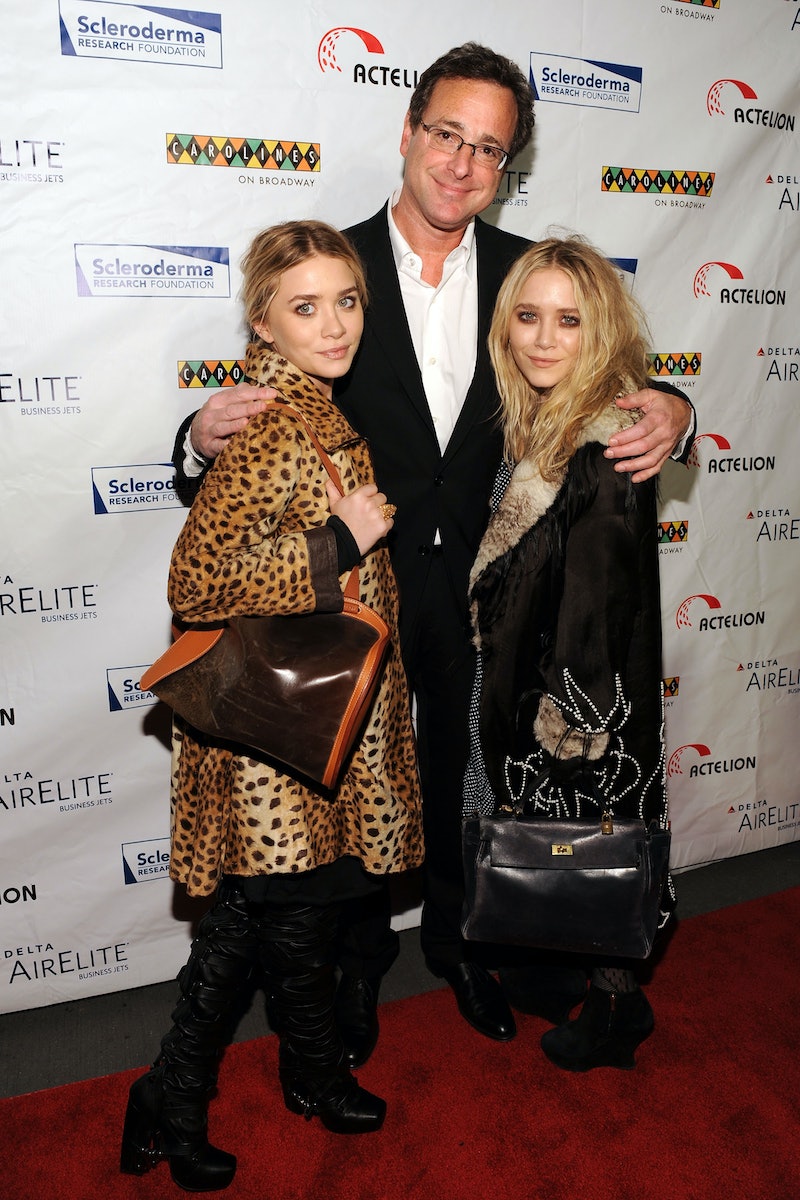 As soon as the news broke that Mary-Kate Olsen married longtime boyfriend Olivier Sarkozy over the weekend, I had a ton of questions. First, I wondered if it actually happened — considering last fall, rumors surfaced that Olsen was wearing a wedding ring. Then, I couldn't help but imagine who was there. Her twin Ashley was most likely the maid of honor, right? Oh, and can't forget Elizabeth Olsen. I'd guess the younger sis was a bridesmaid. Unfortunately fans will have to wait for full details about the wedding — all that's been announced so far is that it was an intimate ceremony with cocktails and cigarettes. But what about Olsen's former Full House castmates? Were Danny Tanner, Uncle Jesse, and Joey Gladstone in attendance? Well, on Monday morning's episode of Today, Bob Saget confirmed that Mary-Kate Olsen got married, but nope, he wasn't there. Sure, fans may be thinking "How rude!", but the former TV dad actually has no hard feelings. Saget said,

That's so sweet! At least they have a close enough relationship to text. Despite the fact that neither Olsen twin will be appearing in Fuller House , aka the highly anticipated Netflix spinoff, clearly Saget still cares and wishes them the best. Based on the social media accounts of the other Full House cast members, I doubt the rest of them attended the ceremony. There's been nothing wedding-related posted by John Stamos, David Coulier, Candace Cameron Bure, or Jodie Sweetin on social media. Unfortunately, if Olsen didn't invite her TV dad, there's little hope for the rest of them.

While he wasn't at Mary-Kate's wedding, Ashley Olsen did make an appearance at Bob Saget's Broadway show, Hand of God a few weeks ago. He even referred to her as a "dear friend," so I'll take whatever Full House reunions I can get. At least they're still part of each other's lives in some capacity. That's enough to warm any fan's heart.

Although the wedding may not have been a Full House reunion, it's still super exciting. Congrats to the newlyweds!