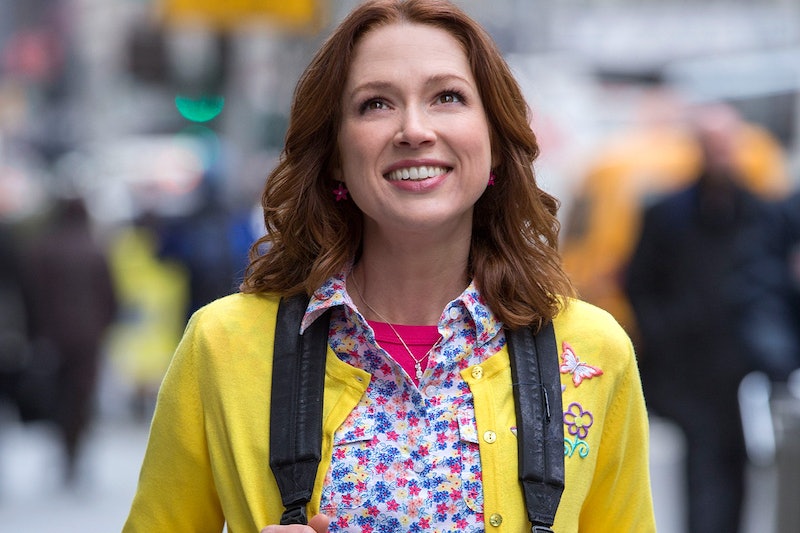 Nearly two months ago, I became a walking cliche when I moved to NYC from Missouri with nothing but a giant suitcase full of winter clothes, my laptop bag, and a whole lot of expectations. To date, it's the craziest thing I've ever done — and everyone from my ex boyfriend to my former coworkers to my well-meaning Midwestern grandmother tried to talk me out of moving to New York at one point or another. Now that I'm here though, I couldn't be more grateful that I found the gumption to follow through with this move. Because, so far, despite the high rent, uncomfortable catcalls, and massive subway rats I've encountered here, I genuinely love living in New York.

I've wanted to move to New York since I first visited Manhattan as an idyllic 18 year old. Plus, as a writer who finds beauty in all things urban and has experienced insatiable wanderlust since childhood, moving to New York has just always made sense to me. Fortunately, (and perhaps thanks in part to the good-natured negativity of all those Missourians who discouraged me from coming out here) when I left Missouri to come to New York, I did so hoping for the best but preparing for the worst. I did my research, so I already knew I was going to end up paying at least double the amount for a single room in Brooklyn that I'd been paying for an entire apartment in Missouri. I knew I'd be eating a lot of peanut butter and jelly sandwiches. I knew I wasn't going to feel safe walking around at night for a while, and I didn't care.

1. Finding A Place To Live

I knew living without roommates was out of the question, and I actually had realistic expectations regarding the cost of rent, too. I didn't expect to like my roommates all that much. Mainly, I was just hoping for roommates who didn't steal my food or smoke cigarettes indoors.

In the two weeks it took me to find a place, I almost got scammed twice. Luckily, though, I didn't lose any of the money I'd worked so hard to save. After spending hours looking through room-for-rent ads, I finally found a place to live in Bed-Stuy. It was within my price range and came with a washer, dryer, rooftop-access, and two male roommates who had just moved to New York from Oakland, California. I knew their apartment was where I wanted to live before I'd even finished viewing it.

As it turns out, my roommates are two of the nicest, chillest dudes I've ever met. We drink together, smoke together, and even watch The Walking Dead together. Plus, they're tidy as hell. I really couldn't have lucked out more where my living situation is concerned. Phew!

I thought New York would get cold AF by Halloween. After all, NYC is super Northeastern. Because of this, I moved up here planning to freeze my butt off from October until June.

Since moving to New York, my mom has already called me on two different occasions to report that it was 26 degrees back home — on both of those days, it was sunny and 55 here in New York.

I'm sure it's going to get worse. I mean, we're in the North for goodness sake. That said, so far, NYC weather has been way kinder than I expected it to be. Granted, it has been an unusually warm winter.

I pretty much assumed part of moving to New York was accepting that I'd never feel like one of the most uniquely stylish people in a room again, and that almost everyone would wear all black, every day.

New York fashion is incredibly diverse, (which I enjoy) and there are a ton of stylish people in this city — what surprises me, though, is that I happen to be one of them.

I've also discovered that, evidently, Missouri is not the only place where people go to the grocery store in their pajamas. (Not that there's anything wrong with that.) Additionally, there really are a lot of dudes here in Brooklyn who seem to enjoy sporting suspenders and the mustaches of Civil War generals. Its weird, but I don't hate it.

4. Walking Around Alone At Night

I thought moving to New York meant that my days of walking around at night by myself without being in an ever-present state of paranoia were over.

If I'm walking somewhere relatively crowded, I actually feel pretty safe. That said, I do feel nervous when I walk around by myself after dark if I'm in an unfamiliar neighborhood — and since I haven't even been in NYC for two months yet, that's most neighborhoods. I'm constantly aware, and I take mace everywhere; but the more I go out, the less paranoid I feel about walking around alone at night. So far, no one's tried to follow me home or murder me.

NYC's subway system is so great that I thought I'd be able to take a subway anywhere I ever needed to go — and suffer through little-to-no confusion in the process.

I don't get how anyone ever found their way around this city pre-smart phone. Subway conductors are impossible to understand, and half the streets here seem to have multiple names. There are local trains, express trains, train delays, train investigations, route changes, track fires, everything changes during the weekend, and I'm almost always late for things now.

But I still like using the subway. With the right transportation app, it's mostly stress-free. More importantly, though, I always feel pretty safe. Plus, I've met, like, three attractive dudes on the train, and I've seen more than one adorable puppy.

More like this
Why Experts Say Sleeping With A Fan On Isn’t Totally Risk-Free
By Sophie McEvoy
The 6 Best UV Umbrellas, According To A Dermatologist
By Rachael Green
The 8 Best Indoor Door Mats For Your Home
By Jenny White
How To Use The Whatnot App To Thrift Vintage Items
By Emma Carey
Get Even More From Bustle — Sign Up For The Newsletter