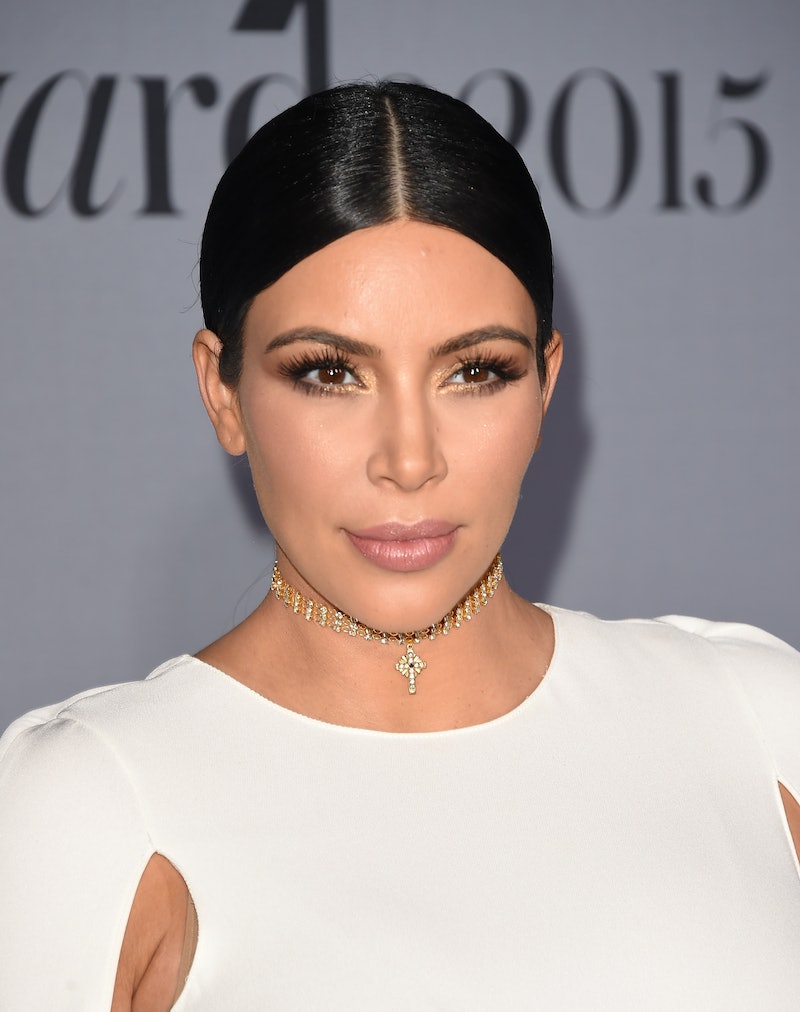 It feels a little weird not to be waiting for Kim Kardashian's pregnancy updates now that her baby boy is here. We — as in "we, the Kardashian loving universe", anyway — spent so much time freaking out over when Saint West would make his big entrance, and now that he has, I kind of miss the anticipation. It's a lot like what happened when Kate Middleton finally gave birth to Princess Charlotte after months of royal baby excitement, and I'm not the first person to make that comparison. In fact, Jennifer Lawrence thinks Middleton and Charlotte are just like Kardashian and Saint West, and she's right.

"It was like when Princess Kate was having a princess," Lawrence told E! News. "I can't wait for it to be 16 years from now, we'll have a teenage princess. That's just the same in America and we'll have a little prince."

And the comparisons don't stop there. Now that I think about it, the Kardashians are basically American royalty — at least, as close as we're going to get to it. If Kim and Kanye West are Kate Middleton and Prince William, North and Saint are definitely George and Charlotte, and Kardashian's most recent pregnancy is super similar to when Middleton was expecting Charlotte, too.

Kardashian & Middleton Both Had Difficult Pregnancies

Middleton suffers from hyperemesis gravidarum, which means she had some extreme morning sickness. As for Kardashian? She and West struggled for awhile to conceive, and after she finally did get pregnant, she was open about the toll it took on her, physically and emotionally. Not that anybody can blame her — sharing your body with somebody else rent free for nine months isn't easy!

Their Second Baby Was Highly Anticipated

Just like it was basically expected that Middleton would have a second baby, it was only a matter of time before Kardashian and West decided to expand their family. And the amount of anticipation pretty much speaks for itself if you used the Internet (especially social media) at all in the time that Kardashian was pregnant.

Charlotte & Saint Are Both The Same Age

Of course, Charlotte has seven months on Saint, but they're pretty close.

The Excitement Around The Baby Name Was Insane

Middleton and Prince William waited forever to announce what Princess Charlotte's name was. I was dying to find out, so I was refreshing every news site I could find for days on end — and I doubt I was the only one, since people were actually taking bets on what the newest tiny royal's name would be. The guessing around Saint's name started as soon as Kardashian announced that she was pregnant, and even though most people expected another cardinal direction for North's little brother, days later, people are still talking about Kardashian's choice of such an unusual name.

But now that Charlotte and Saint have both been born, what are we supposed to do with our time? Wait for their parents to share more adorable photos of them, I guess. The wait is always worth it!