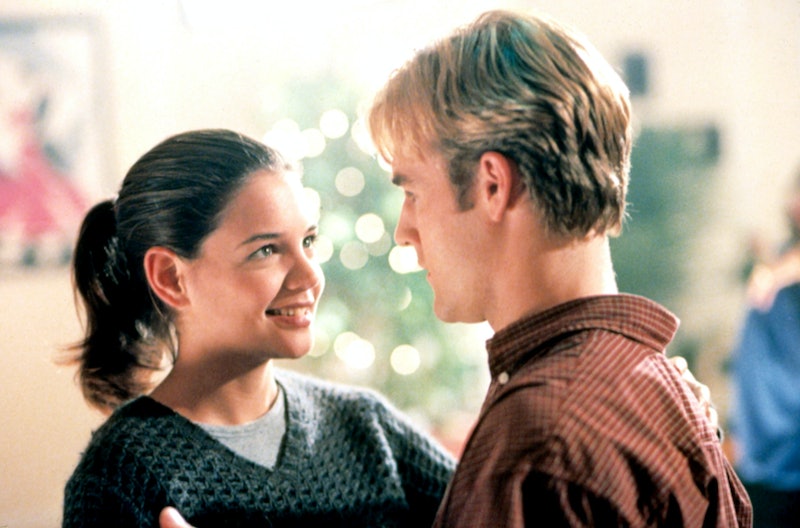 It is a common practice to let the stars assist you with your love life, your career, and the relative amount of luck each week will bring — so why shouldn't it play a role in deciding what television show you should watch? Whether you are a zodiac devotee or a total non-believer, you have to admit, the Zodiac can be a fun way to think about your personality traits. I happen to think personality plays a key role in the shows you love, so why can't the zodiac help you pick your next '90s show to watch (or r-watch)?

The world of '90s TV is vast, and while nostalgia and syndication mean certain favorites like Friends and Full House will never be forgotten, there are other shows you may have missed out on completely. Combing through all of these titles on your own is an exhausting process, admit it. Skip all that and let your sign guide you to your next favorite show. Maybe you've seen it before, maybe it will be brand new to you, or maybe it's already your favorite because sometimes the stars align just right — no matter what, there is a '90s show out there just begging to be watched and your sign will help you find the perfect one for you.

Boredom is the enemy of the Aries, and there is nothing boring about Seinfeld. The show about nothing will tap into your need for smart humor, cutting edge storytelling techniques, and shows about people who, like you, are confident and say exactly what is on their minds. Prepare for Elaine to be your queen.

Tauruses crave beauty, and there are precious few shows as beautiful as Northern Exposure. Set in a remote Alaskan town full of eccentric adventure-seekers, recluses, and philosophers, the show will feed into your love of nature and your own belief in humanity. The show is not easy to track down, but it is well worth the chase.

The duality and creative nature of the Gemini are a perfect match for Twin Peaks. Lynch's strange world is a feast for the mind, and each episode will present a course unto itself. You never know what exactly you are getting into with the supernatural murder mystery that is Twin Peaks, but for Geminis that's the biggest part of the show's appeal.

Cancers could not ask for a more perfect show than Moesha. Not only does it have a central lead who is as strong and family-centric as you are, but it also deals with real life struggles in a relatable, often comedic way. Even when the show gets heavy it is comforting and like you, it never shies away from showing its true emotions.

It's all about being in the spotlight for Leos, and the '90s just so happened to offer up an amazing show that put fame and action at the forefront: The Famous Jett Jackson. The reality of teen star Jett trying to lead a normal life is combined with scenes from the show within a show Silverstone, a spy drama that gives the series an injection of adrenaline.

Virgos like to think, analyze, and just generally use their smarts in everything they do. The X-Files is basically your catnip. It's one mystery after another with a hearty side of conspiracies just waiting for you to apply your analytical skills to.

The people-loving Libra needs a show that reflects their communal spirit and desire for warmth. The Fresh Prince of Bel-Air is low on confrontations and full of love, laughs, and the best '90s fashion this side of Beverly Hills 90210.

Independent, passionate, and brave, Scorpios need a hero who they can see themselves in and that hero is Buffy Summers. Buffy the Vampire Slayer will take the Scorpio on an emotional adventure that will challenge and engage you while also giving you a cast full of characters you will fall in love with.

That wanderlust that follows you wherever you go will be sated by So Weird . The brilliant Disney show never stayed in the same place for more than one episode as Fiona Phillips and her extended family travel around the country in a tour bus. Different towns, a wide array of paranormal subjects, and engaging storylines makes Fi's story perfect for Sagittariuses.

Who can match the confidence and wisdom of the Capricorn? Clarissa Darling. Capricorns will find Clarissa Explains It All soothing in its practicality. The show features a character as strong and driven as a Capricorn who dispenses advice in each episode. What more could you ask for?

Pete & Pete taps directly into the Aquarius' active imagination and won't let go. The show is full of all night games of freeze tag, mysterious characters, and two brothers who make the most out of every growing pain. Every Aquarius needs to meet the Petes.

The soulful Pisces and Dawson's Creek are just meant to be. The teens on the show are meditative, always emotional, and far more adult than they have any right to be. Their romantic trials will tap right into your sensitive nature — and if you don't already ship Pacey and Joey, then you are in for a serious treat.

The stars have spoken. Now, go forth and bask in the glow of '90s television perfection.

We sat down with famous astrologist Susan Miller on The Chat Room to get 2016 predictions for every sign. Listen here: